And then there were five. Over the past few years, the founders of Proficeo Consultants Sdn Bhd, Renuka Sena and Dr V. Sivapalan, have formed a strong reputation of being among the top mentors in Malaysia’s startup ecosystem. Now, they have teamed up with three other entrepreneurs, Aaron Sarma, Andre Sequerah and Shan Tay Li to form the latest accelerator programme in the country, Scaleup Malaysia, which will fund 10 startups with each also receiving RM200,000 in return for some equity.

Attempting to define this group, Sivapalan and Renuka describe companies that have already established “product-market fit” and are already earning revenue of at least US$ 71,000 (RM 300,000) and above and seem to be stuck in a tight revenue band over the past few years. “Many of them may have early customers but don’t have mass customers. That is the kind of stage company we want to come join our accelerator. We are confident with the team we have formed with Sarma, Tay Li and Andre, that we can help take these companies to the stage where they can reach their Series A funding,” explains Sivapalan.

This is the gap the Scaleup Malaysia team have seen in the ecosystem over the past few years. Where companies have come out of a programme that has helped them move beyond the idea or early startup stage to where they are generating revenue, but they lack the capabilities to make the right decisions or build the right platform to take them to the next level.

Sivapalan describes this as the “bigger need” which Scaleup Malaysia aims to address. Meanwhile Renuka is keen to emphasise that, “We have never been replicators. We have always wanted to help catalyse the ecosystem and we believe this will help.”

The initial batch of 20 companies will be selected to participate in intensive training and undergo a detailed gap analysis that looks at their talent, finance, tech, business model and strategy. At the three-month cut off, the cohort will be narrowed down to ten companies that each will receive US$ 47,767 (RM200,000) in return for a minority stake. These ten companies will stand a chance to raise funds in a demo day at the six-month point of the accelerator.

Shedding light on the gap analysis process, Sivapalan believes having the viewpoint of external people from the industry is vital, since founders often struggle to reflect on their own business shortcomings.

In fact, the bigger value proposition the accelerator offers is in the on-boarding of three other experienced industry players as mentors – Aaron Sarma the founder of Vidi and non-executive director of AirAsia.com, the co-founder and director of Babydash, Tay Shan Li and co-founder of telco engineering company Aexio, Andre Sequerah.

The team of five will act as an “external board” since most companies at the stage do not have top quality senior level management. Renuka and Sivapalan will be acting as chief strategy officers, Sequerah in the capacity of chief technology officer, Tay as chief financial officer and Aaron as chief marketing officer. “We have certain methodologies in identifying at the gaps that these businesses have – whether its human resources, technology or funding gaps,” explains Sivapalan.

“Their technology now is probably optimum for the current customers they are serving, but to scale, it may need a complete revamp,” adds Renuka. Often, companies at this crucial turning point face a “constant balancing act” between tech and talent due to limited funding. “We are building the pipeline to make sure that this crucial gap in the lifecycle of the company is not forgotten, because this is where you see some really good companies but they cannot get to the next level and it is a shame,” she adds.

In terms of the RM200,000 injection provided as part of the accelerator, Renuka makes it clear that the funds should not be viewed as a “bridging loan to cover operating expense for another six months.” She believes the amount can get the companies just where they need to be in terms of tech and talent before the next funding round.

Speaking from the experience of coaching over 70 companies from Cradle Fund Sdn Bhd’s CIP300 programme and the 469 companies under CGP, Sivapalan explains, “This RM200,000 will enable them to do a few key things. For example, hire one or two key people. A lot of companies today have enough money to keep the company going but nothing extra to hire people.”

While 24 months may appear too long a period for an accelerator programme, Renuka believes it is just right for companies at the early commercialisation stage. “One part of it is to get the companies to a level where they can raise funds. Once they raise funds, it is about how they can actually optimise those funds to get to the next level.” 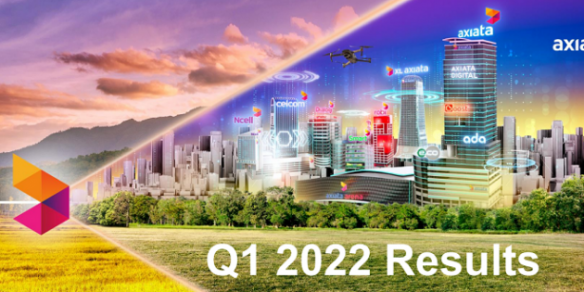