A pivot for the better

PIVOTING in business is becoming more commonplace than it once was, however rarely do companies do this alone. Hafta chief executive officer Saify Akthar shared with Digital News Asia recently how he came to pivot and grow the business under the guidance of the experts under the Telstra-backed muru-D Singapore accelerator programme.

In a recent phone interview, Saify shared that Hafta was actually founded in 2014 in Kuala Lumpur, as a service provider to the ride-sharing market.

“We were solving a very specific problem for them, they were having difficulty establishing a quality driver pipeline. So, we managed to solve that problem for them and two years later, we applied to muru-D to accelerate the business and grow it internationally,” he explains.

What Hafta actually does is provide an app (using psychometrics) to companies, that allows them to filter applicants by personality.

“This is what we do, what we have done from day one. However, we have pivoted in terms of who we sell to and how we package the product. Because what we do is applicable to a variety of verticals and one of the benefits muru-D brought to the table was helping us to reach a focus on the verticals in our niche and allow us to launch the business in a more efficient manner.”

According to Saify, when they applied to muru-D, in the accelerator programme, they discovered opportunities related to unsecured loans and banks and lenders wanted to find new ways to risk assess borrowers.

“The clarity of our information was something they could use. So, we pivoted to that,” he adds.

According to Saify, he has been a small-and-medium enterprise (SME) entrepreneur for about 10 years now, has operated a variety of businesses, including F&B and hospitality.

“When we were dealing with the ride-sharing companies like Uber and Grab, we benefited a lot about learning how they do business, their growth strategies and how quickly they were able to execute a very specific business plan.”

“After two years of dealing with them, I realised it was something that I needed to learn about and I needed support on how to do it. So being Singaporean, I knew that coming to Singapore would be a good step for me and so I looked for accelerators or partners based in Singapore so I could move out of KL and come back home,” he explains.

After looking at a variety of programmes, Saify picked muru-D. “I liked muru-D the best because their team was really professional from day one; they were very specific about the companies they were looking for. I found that their international exposure was something I really wanted to have because I’m not just building a business for Southeast Asia, I’m building a global business and so I need a global platform.”

Lessons learned from the accelerator programme

Saify recalls the key lessons he learned from being in the muru-D accelerator. “I went in as a SME entrepreneur, as someone who could do a business that turns over say US$5 million to US$10 million a year, and I came out at the end of six months as a high-growth entrepreneur, which is a completely different mindset.”

Things happened, he says, over a series of masterclasses that muru-D organised, and also because it is an accelerator programme, he was exposed to “other ecosystems and stakeholders who were very willing to help us to get where we need to be”.

“We had direct access to people from Google, Amazon, as well as some of the more successful local startups as well who looked into our business openly without charging us consulting fees.”

The startups gave Hafta advice on how to do things better, he says, adding that he appreciates that element of muru-D because without them he wouldn’t have been able to do what he is doing right now.

How has being in the accelerator helped him run the business better? “I am a non-technical co-founder, I’m an entrepreneur but I don’t have any experience in software engineering at all. So that was always a challenge for me: trying to hire a team to build software and how to manage expectations and so on. muru-D taught me how to do that and put me in touch with some really valuable partners in other countries that have helped me to put together a team. That’s one of the ways muru-D has helped me as a CEO,” he explains.

Taking the business to the next level

How has the business grown as a result of being in the accelerator? According to Hafta, as a result of the network that muru-D has, they had very high-profile people working with them and helping them secure new customers.

“The enterprise customers I am dealing with now, who are banks, telcos and other technology companies, they have all come through introductions via the muru-D network. For me to meet those people over coffee in a friendly environment on my own would have been virtually impossible,” he adds.

Saify points out that muru-D is well supported by the UK government. “We run a psychometrics app and it is a measure of human mental capacities and processes. The global experts in this field are actually in the UK. So, after we left muru-D, there was a lot of hype about what Hafta was doing and we were picked up by the UK Department of International Trade.”

“In November, they sponsored a trip for us to go to London to meet partners and universities so they can partner with us for innovation. And they put us in touch with potential customers too. So, they are putting together a great deal for us to relocate to London and this is something we plan to execute in the first half of 2018,” he adds.

The plan is for Hafta to have an office in London and have a team there as well. “We are hiring psychometricians and psychologists to help us develop better tests, the main reason for being there is because the talent exists in London,” Saify explains.

Commenting on regional expansion, Saify says the countries they are focusing on are Singapore, Malaysia and Indonesia for 2018, and that they are looking to expand to the West from 2019 onwards. 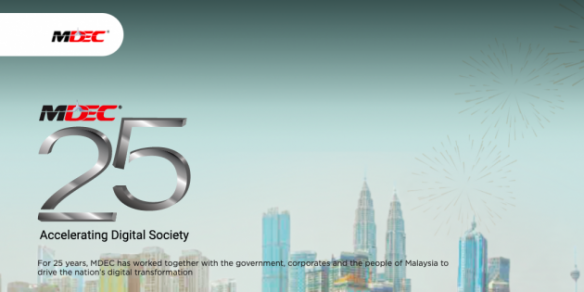