This is Pickupp’s third fund raising in less than 13 months, following its initial Series A round in November 2020, and Series A+ round in July 2021, it said.

In total, the company has accumulated US$52 million (RM219.7 million) through the rounds of funding including its initial pre-Series A in December 2018, it added.

The startup said the funding will be used to deepen its presence in the Southeast Asia markets including Malaysia, as well as to strengthen regional logistics network infrastructure, especially when e-commerce and quick commerce are experiencing continued growth.

Crystal Pang, co-founder and chief executive officer at Pickupp said, “This round is a major milestone for the Malaysian market. We are seeing tremendous strategic growth across industries, as businesses in Malaysia are embracing and exploring an innovative e-commerce model.”

The company said the funding will enable Pickupp to strengthen its network infrastructure to support the ever-changing delivery needs towards building a 'logistics network-as-a-service' model.

As part of this process, Pickupp said it plans to expand its footings in Malaysia with nationwide coverage and a network of self pick-up and drop off points, thus providing customers with greater accessibility, flexibility and convenience.

The startup already has had operational presence within the Klang Valley since 2018 with recent expansions with regional hubs to Penang in September and Johor in December.

It aims to expand its presence locally in Malacca and Ipoh in 2022, it said.

Additionally, the company is creating an ecosystem for SMEs and individuals with a network of easily accessible pick up and drop-off points in Malaysia by utilising satellite warehouses as well as multi-city warehouse expansion and developing partnerships with Kirimman and Parcelhub, it said.

Calvin Ma, co-chief operating officer of Pickupp said: “Today’s customers are looking for a more personalised and flexible logistics services, not only for last-mile deliveries but next day deliveries with no minimum order at affordable rates where customers and small businesses can enjoy a wider range of options.

“Therefore, we have taken a similar approach to warehousing, as we do to our delivery agents – we leverage existing, available resources rather than invest in developing new ones” said Calvin.

“We are delighted to be the lead investor in Pickupp’s Series B funding. Like Pickupp, Jardine Matheson shares a commitment to technology and innovation, and we see great opportunities arising from the strategic partnership.” said Anne O’Riordan, group director of digital at Jardine Matheson.

In the last 13 months, Pickupp, founded in 2016, has expanded rapidly while continuously diversifying its product portfolio and offerings across all industries and verticals.

Earlier this year, Pickupp extended its footprint in Malaysia, with the first regional hub in Penang and the subsequent hub in Johor; the market has also seen a user-base growth of 94%, driven by partnering with 3PLs and logistics giants, it said.

Additionally, Pickupp partnered with numerous prominent brands in the region, including PChome and Lazada, it added.

To date, Pickupp has worked with more than 23,000 active Malaysian merchants, as well as more than 26,000 delivery agents onboard across Malaysia. 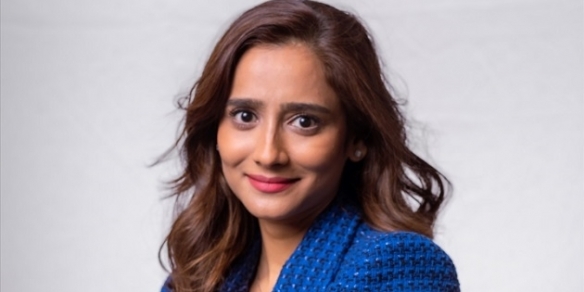