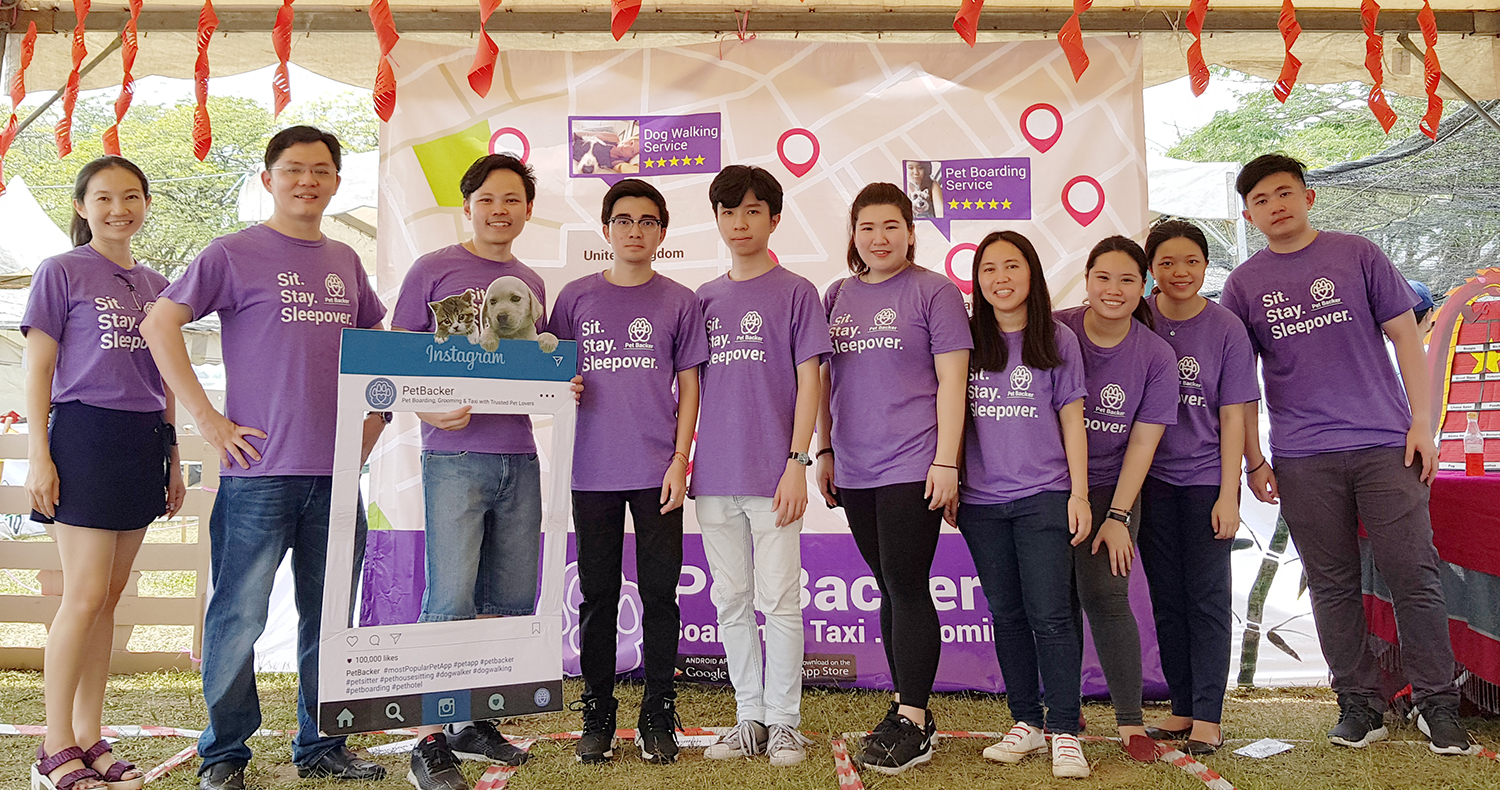 PetBacker, which was founded by two Malaysians, and AFT Corporation, which is listed on the Australian Stock Exchange, will enter into a 50-50 joint venture for exclusive rights to PetBacker’s Australian and New Zealand web portal, app and social media site. AFT has agreed to raise at least A$2 million (RM6.03 million) and subscribe for 50% in PetBacker for A$1.8 million (RM5.43 million).

PetBacker will spend A$1.8 million to provide a dedicated Australian user base and grow the PetBacker community.

According to PetBacker founder and chief executive officer Vernon Tee, AFT Corporation decided on the partnership with the startup after seeing the latter’s enormous organic market acquisition within the Australian market. Petbacker has acquired about 3,000 users in Australia through word of mouth alone.

First launched in the US in October 2016, PetBacker is a mobile-first platform that matches providers of services such as pet boarding, pet sitting or dog walking with users who need the service.

Tee says that though PetBacker does do some digital marketing, most of this growth is organic, aided by the startup’s search engine optimisation exercises as well as word of mouth and driven by a need for these services and a convenient way to access them.

While PetBacker is not the first such platform in existence, it can be considered the first pet-centric platform in Malaysia and it is one of the very few in the world that has an app. According to Tee, this uniqueness, which significantly ups the convenience factor when it comes to matching services to users and vice versa, is a major factor in market acquisition.

PetBacker monetises the service by taking a percentage of the fees the users pay the service providers. Though Tee declined to reveal total revenue numbers, he did reveal a plan to focus on increasing transactions in 10 countries that the startup is currently popular in with the aim of achieving a total of RM2 million worth of transactions per month from these 10 countries by the end of this year.

The 10 countries include Malaysia, Singapore, Australia, Taiwan, Philippines and India, as well as Hong Kong.

Another long-term plan is to find partners in countries around the world to facilitate more efficient market penetration in each country. “I always believe in going bigger than just your own small area or region,” says Tee.

PetBacker’s software was built by its IT lead Edward Khoo and a team of eight programmers, and it was built on an existing platform that Khoo had created for job-matching platform Rapidfy, which he and Tee refer to as a badly failed venture.

Launched in mid-2015 by Khoo, Rapidfy was to be a similar platform to Airtasker, the Australian company that provides an online marketplace for outsourcing jobs and everyday tasks. The reason Rapidfy did not work, says Khoo, is because it became too big to handle.

“At the time we didn’t have the resources to handle all the jobs,” he says. Khoo, who is an electronics engineer and has years of experience building cloud technology systems, got Tee, who is also the founder and managing director of VeTeCe Group, a customer-facing technology solutions provider, on board with him.

Tee, who had previously had a bad experience with a dog kennel, where his pet had contracted a virus and eventually died, put forth the idea of a specialised pet services platform that put the welfare of pets first.

Khoo and Tee had already spent about RM2 million building the platform. Khoo and his tech team took about one-and-a-half months to rework and customise the platform into the beta version of PetBacker before launch in October 2016; the platform and app have gone through a few revisions and improvements since then.

Khoo says that their expertise and experience served them well this time. The Rapidfy platform is now worth well over RM2 million with it being used as a base for other platforms besides PetBacker - in the travel, automotive and real estate industries worldwide.

"With Rapidfy, we made every mistake we could. But we learned a lot from that failure," says Tee.