ANY large company in the brick-and-mortar world that attended last week’s Wild Digital conference in Kuala Lumpur, organised by Catcha Group, would have walked away very sober and alarmed.

The conference would have wiped away any false sense of security they may have had about the ability of their billion-dollar companies in dealing with the digital-inspired nimble, creative and hungry startups threatening their markets.

The seeds of this looming feeling of dread would have been planted from Catcha Group founder and chairman Patrick Grove’s kickoff keynote (pic above) which included this prediction: “If you work for a big company today, chances are your business will become the walking dead in the next 15 to 20 years.”

This wasn’t just wishful thinking by Grove, who clearly has a vested interest in such a future coming to fruition as he has invested in and launched numerous such digital disruptors, four of which are listed in either Malaysia or Australia.

His video-on-demand disruptor iflix is just the latest one grabbing both media attention and market excitement.

Intriguingly, Grove highlighted a point that is not well known when he described digital disruption as a zero-sum game, with a winner take all rule.

“When someone on one side (the Internet side) gains value, someone on the other side loses value,” he said, giving mainly US-based examples and one in the Malaysian context – more on this later.

As an example, he highlighted the current market capitalisation (cap) of Apple, and says it has made its gain at the expense of Nokia, Motorola and even Ericsson, the current leader in providing mobile-based solutions to the world.

Both Nokia and Motorola are mere shadows of the giants they were before.

In fact, in June 2010 Bloomberg ran an article that tracked the market cap of Nokia and Apple, which showed a switch after 10 years.

Meanwhile, Motorola’s market cap went from US$78 billion in 2000 to the current US$16.7 billion. Apple’s current market cap is a whopping US$623 billion.

While Apple is by no means a startup, it is a digital disruptor. Grove did give other examples to reinforce his point that in the digital space, when the small fish (internet companies) get together and nibble at the big fish, “bit by bit, they can take them down,” describing these big fish as “boring” companies that have been around for decades.

Media companies in Malaysia losing out

With his operations based out of Kuala Lumpur since 1999, Grove is very familiar with the corporate scene in Malaysia and cited the example of how two of the leading English language-based traditional media companies, Star Media Group and New Straits Times Press (NSTP), have lost market share to ‘small fish’ which today are all listed companies.

Star Media publishes The Star, the No 1 English daily; while NSTP publishes the New Straits Times (NST), which was No 1 for decades.

The small fish, JobStreet, iProperty and iCar Asia, were after the jobs, property and automobile classifieds market, a segment that Grove says makes up to 80% of the profits of media companies.

“And, if you add the combined enterprise value of JobStreet, iProperty and iCar Asia, it is around US$1.5 billion,” he claimed, reiterating that this illustrates his point that disruption is a zero-sum game.

“Someone gains, someone loses,” he added.

Those big fish currently losing are in for a massive shock in the future, according to Grove. Drawing a loose comparison to Moore’ Law and its underlying premise that the pace of digital change accelerates, Grove believes that non-Internet companies will actually cease to exist in the future.

The premise for this prediction is the rapid growth in the enterprise value of Internet companies versus non-enterprise companies in the United States, with Grove extrapolating that the impact will also be felt globally, just at different times.

“In the last three years, the rate at which Internet companies disrupted non-Internet companies was at 2.5% per annum. If we assume this disruption continues at a 5% rate, then in the next 15 to 20 years, all non-digital companies will be completely destroyed,” he declared.

Among the verticals that he feels are “ripe for massive disruption,” and where the existing players will be completely disrupted and even annihilated, are in healthcare, education and finance.

[To hear about how the banking and insurance sectors can face up to this digital disruption Grove talks about, make sure you attend the What’s Next conference on Sept 29]

The seeds for this disruption to happen, at scale, were sown in early 2007 with the launch of the iPhone, which heralded the most rapid proliferation of a digital device the planet has ever experienced.

Grove described the smartphone as providing entrepreneurs “the greatest opportunity to be disruptive.”

Grove himself is personally excited about the opportunity he sees in South-East Asia, where he feels the conditions are right to build a business that “will be bigger than the same disruptive business in the United States.”

“That is my crazy dream,” he added.

Perhaps not so crazy after all, due to the rapid growth of smartphones in South-East Asia, with the region seeing 220 million users, versus 210 million in the United States and 170 million in the European Union.

“With this, the total addressable market in South-East Asia to build a disruptive business is now bigger than in the United States,” said Grove.

“This is exciting because we now have this beautiful opportunity in hand, where the companies we invest in or create can be bigger than US companies you read about,” he added. 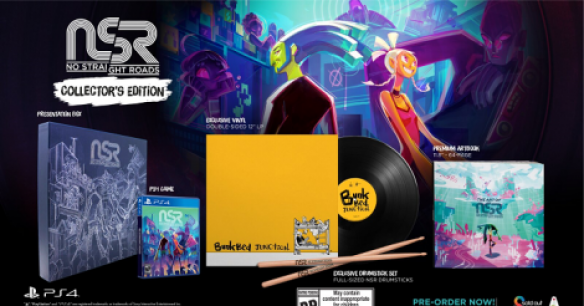