More pros than cons when ideas are shared 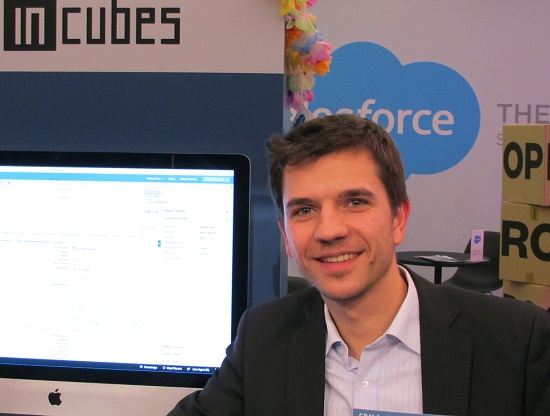 DON’T be afraid to share your ideas and business plans as this brings more benefits than disadvantages, according to entrepreneur Reike Treder (pic), one of the keynote speakers at the Code_n15 stage at the recent CeBIT 2015 trade show and conference in Hannover, Germany.

“Over the years, I have met many talented guys with good ideas. They talked about all these good ideas in a very secretive way to me. They were seeking my advice.

“Looking back at it now, maybe only 1-2% of them progressed with their ideas,” said Treder, cofounder and chief executive officer of Incubes, a customer relationship management (CRM) consultancy and Software-as-a-Service (SaaS) provider.

He attributed this low progress rate to the uphill challenges that many entrepreneurs face during the initial stages, such as getting the right talent, seeking advice on what to do and what not to do, attracting investors and customers, and so on.

“You can’t do everything by yourself or as a two-man show,” said Treder.

But he also noted that the startup community tends to be willing to share and help fellow entrepreneurs.

“You will be surprised with what you get in return when you go out and talk to people about your ideas and your plans. People tend to open up to you and share with you valuable contacts, information and experiences,” he said.

“Even if there is a slight chance that your secret or business idea can be stolen, yes, you should share it because there’s so much more to gain. You can get market feedback, and get to meet potential partners as well,” he said.

During Treder’s 15-minute presentation, he also spoke about how to sell, and the importance of being able to open new revenue streams quickly.

He said that for an entrepreneur to start selling, he or she would need to drop the ‘selling’ mindset and instead adopt a mindset of engaging with, servicing, and relating to the customer.

“Basically, it means that sales is about much more than selling a product. It is about engaging with potential customers, building a relationship with them, and creating value,” he said.

Treder said that one common mistake startups make is that they spend too much time trying to come up with a product that has all possible features in it just to avoid the situation of “one customer not wanting to buy the product because it is missing out one feature.”

“This is the wrong approach. The key is not so much about getting the product right in one go; it’s about the ability and perseverance to improve it when a potential customer says ‘No’,” he said. 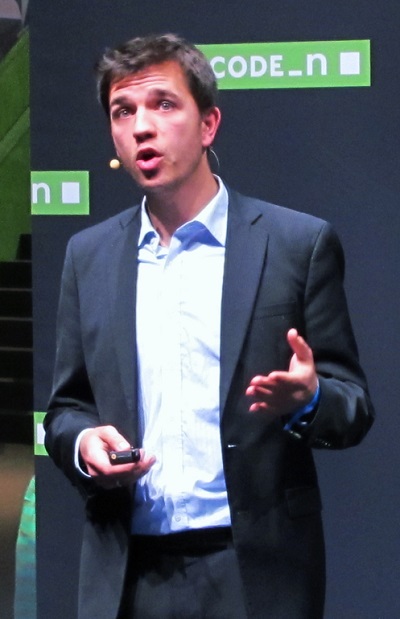 Treder (pic) got his first taste of entrepreneurship at a relatively young age. When he was 14 years old, being a fan of graffiti, he asked his father why there were no books on graffiti in his hometown of Rostock in Germany.

His father’s reply was “That’s probably because no one has thought of doing it.”

“That was how I cofounded my first venture, a publishing business,” Treder told Digital News Asia (DNA) after his presentation.
.
The first book published was one on Rostock’s graffiti. The company later began printing picture postcards, business-to-business catalogues, and other materials.

“The publishing house still exists, but I left after four or five years,” Treder said.

He also formed a band when he was 16, then got into organising music events and even set up a recording studio.

After he completed his studies, where he majored in business and economics, he began a corporate career working for companies such as BearingPoint International, where he specialised in process and strategy, as well as consultancy on post-merger transactions; and even Universal Music Group, where he was a finance director.

“In the SaaS business, we basically make tools that add or enrich the whole CRM environment,” said Treder.

“We also have a module kit – we are very process-driven, and whenever there’s a problem a lot of customers have, we would develop something generic to solve that problem.

“So we have developed many small ‘solution cubes’ to address these problems, as well as to help speed up the CRM integration process – and that’s where the name ‘Incubes’ comes from,” he added.

Treder claimed that even though it is a young company, Incubes has got good traction.

“While we can’t reveal what kind of revenue we are achieving, we have a target of a seven-figure revenue this year, and aim to grow revenue by 100% to 150% every year over the next five years,” he said, adding that he was also keen to explore collaboration opportunities in South-East Asia.

Disrupt on tech startups: It's about people, people