MISTER Tyre is a smartphone app that enables users to book mobile car services. It offers four services at the moment – tyre change, tyre rotation and front wheel alignment, battery change and oil change – that is delivered to the customer in a van with two technicians.

According to founder Dennis Melka, two more service categories will be added by next year – rim change and brake pad change.

Other car service apps do exist on the market but this Malaysia-based app seems to be the first one in Southeast Asia to offer more than just one service.

Melka, an entrepreneur with a good amount of experience under his belt – he previously co-founded hotel booking platform Nida Rooms and was in the oil palm industry – says that the Mister Tyre concept is revolutionary because, in his opinion, nobody has done it before.

Melka is also a minor shareholder in a UK company called Tyres on the Drive that delivers tyres and tyre change services to users. This company, however, does not have an app, only a website, and delivers a single service.

“Nobody has put a mobile app, multiple products and e-commerce together like this,” he says. Though he admits it now seems an obvious idea, it took him four years to figure out that the Tyres on the Drive concept could be done better, and done better on an app.

Besides the fact that Mister Tyre provides four services on the same app, users also benefit from the reasonable price of the services. The user prepays for the services he or she books.

Melka says that the startup has a low cost base because it does not have a physical shop nor does it have to carry a stock of inventory at all times. Instead, it obtains its stock directly from the merchants as and when there is an order from a customer.

This model has made it possible for Mister Tyre to carry a range of brands, meaning it can also offer customers a price range, from budget to high-end. It carries 28 brands of tyres, about 10 brands of oil, and about five brands of batteries.

“When you walk into a tyre shop, you don’t realise that you are being forced a selection of tyres because most shops are affiliated with a certain brand. What we’re doing is creating a marketplace where the customer can make an intelligent selection based on what they prefer and want to spend,” says Melka.

The service is available seven days a week, and booking can be made from 8am to 10pm. Currently, Mister Tyre has one van and five technicians who work in shifts but, because it has recently broken even on the van and equipment, has ordered two more vans and more equipment, which will be put into service in January 2018. 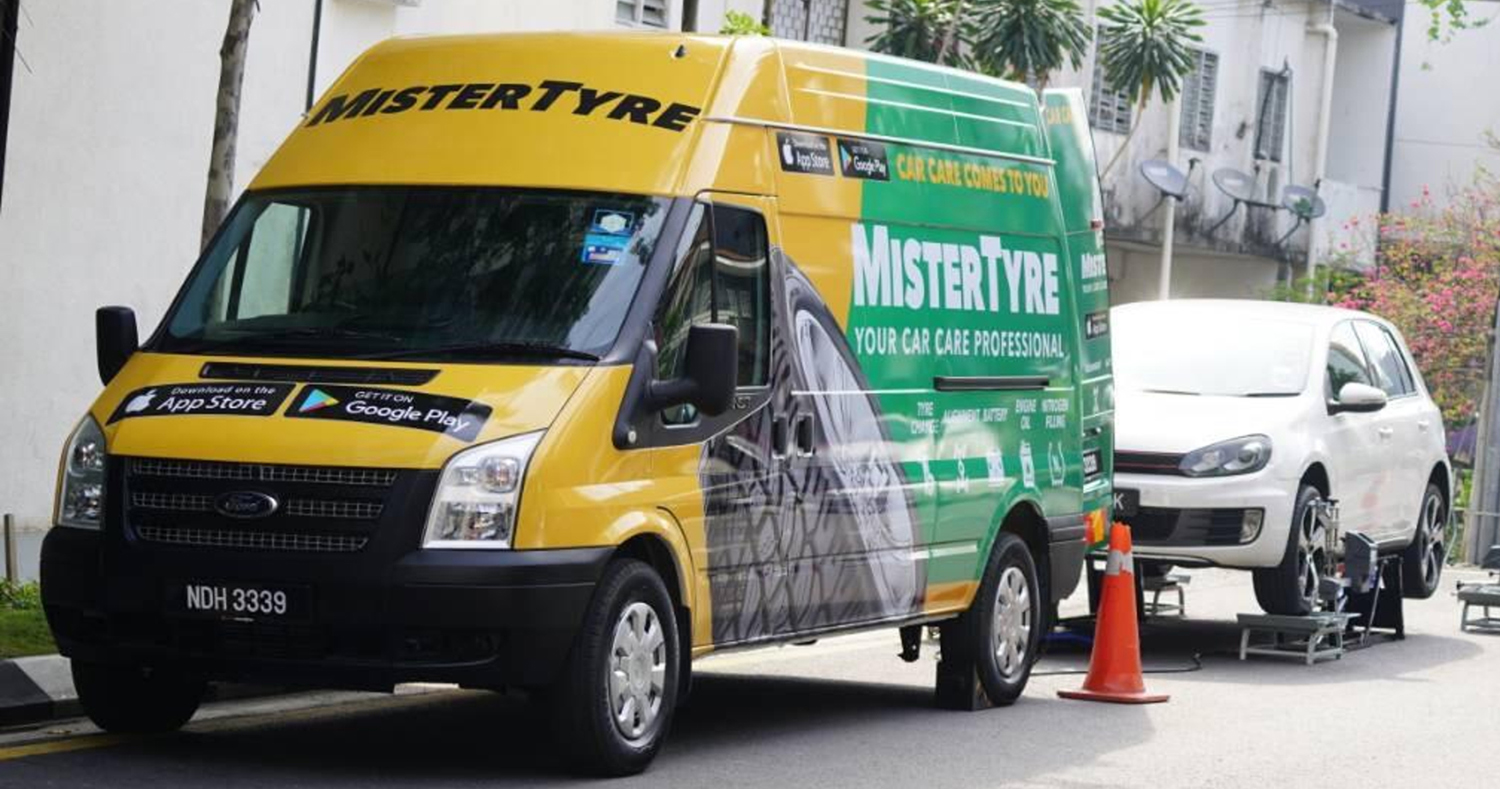 The startup has six programmers who built the software in six months and are continuously working on improving and adding to the service.

Melka says there is huge potential for Mister Tyre to grow with the automotive repair industry in Malaysia being worth about a billion US dollars a year and every car being a potential customer.

The Mister Tyre app has officially been available since September this year and within two months saw about 25,000 downloads and a little less than 200 jobs booked.

Melka is, however, vague about revenue and customer acquisition targets, saying that happy customers are the target.

“Because this model is totally new, it is difficult to forecast what will happen. We must take it day by day. As long as we have happy customers, we know we are doing it right,” he says.

Currently, the service is only available in the Klang Valley, but Mister Tyre plans to expand to Penang in the north and Johor in the south by next year. By the end of next year, it will expand overseas; it has identified Singapore or Bangkok as potential markets.

Melka does have an ultimate target: to be the automotive repair brand of choice in SEA, something he says is achievable because Mister Tyre is on the right track and there is no automotive repair service with such branding in the region now.

“Nobody owns that space; that’s what we want to do. We are starting with tyres and oil changes, but we will grow.”