SINGAPORE-headquartered e-commerce company Ensogo Ltd has cut its staff strength from 600 to under 300 in the first three months of this year, restructuring its business after reporting widening losses for its 2015 financial year.

It has also laid off 15 employees in Malaysia, bringing the total headcount here to five. Malaysia will now be served mainly out of Singapore.

Its loss after accounting for income tax amounted to A$79.8 million, compared with a loss of A$67.4 million the previous year.

This is the third major retrenchment exercise the company has taken since launching as iBuy, a flash sales and daily deals site, with the first two rounds taking place in late 2014 just before it renamed itself to Ensogo.

That phase saw the company consolidating its operations and its technology platform, which gave it some renewed life and saw it managing to raise about A$55 million (approximately US$43 million) in investments over a two-month period in early 2015.

But even this business model has failed. It has now restructured into a B2C (business-to-consumer) marketplace, with a mobile app that it said has hit 500,000 downloads as its main platform to connect buyers and sellers globally.

This is being supported by the ability of sellers in China and South Korea to deliver orders to over 50 countries, chief executive officer Krzysztof Marszalek told Digital News Asia (DNA) in a recent conversation in Petaling Jaya.

He also refused to describe the previous business model as having failed.

“Bearing in mind that the only thing that is constant is change, we have been tweaking and fine-tuning our model over the years, and now have a model that is working and we are taking it global,” he said.

“We have learned every step of the way and I take it as a learning experience, not a failure,” he added.

In its filing with ASX on April 29, Ensogo said that for the first quarter of this year, it had cash collections of A$22.6 million, and also recorded a 106% average monthly growth in GMV (Gross Merchandise Value) to a cumulative A$8.2 million.

The early results underpin Marszalek’s bullishness about the potential of the new B2C marketplace model.  “It’s a game changer,” he declared. It has also allowed Ensogo to scale rapidly, with Marszalek (pic) pointing specifically to how quickly the company was able to add sellers and products.

Changing the model also came with a new revenue stream. Instead of waiting for its marketplace to gain traction, in January Ensogo started charging its cross-border sellers, exclusively Chinese merchants at the time, a 15% fee. As of April, its domestic suppliers were charged 15% as well.

Meanwhile, when asked to pinpoint why its traction in the previous model failed to live up to the promise of South-East Asia’s e-commerce potential, Marszalek cited the payment infrastructure, last-mile logistics, and the spending capacity of the middle class in the region.

“I still believe that the South-East Asia e-commerce market will realise its potential, but that it will take a few more years than what was expected,” he said, declining to give his prediction of when the market will mature. 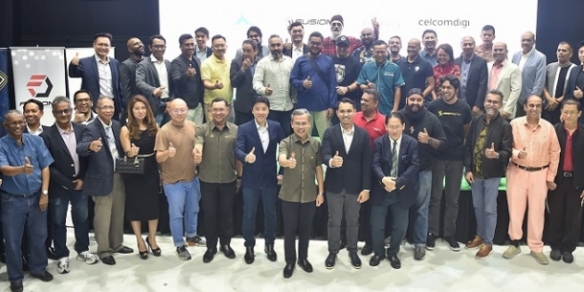