TWO brothers with a lifelong passion for games decided to take up the challenge of developing their own game back when they were barely out of school. While they did not succeed in their first or even second endeavour, they never stopped pursuing their vision of the perfect game.

“We tried following the current app model of making free-to-play games but ultimately we felt that making a premium game like Re: Legend was the way to go as we grew up playing games like Final Fantasy and Metal Gear Solid,” says Magnus Game co-founder DC Gan in an interview with Digital News Asia.

Re: Legend is described as a role-playing game (RPG) combined with a simulation game where players can raise magical monsters, known as Magnus, as well as farm, fish, craft build a village and even play co-operatively with up to three other players.

Gan said the game is inspired by other popular games such as Rune Factory, Fantasy Life and Monster Rancher. Re: Legend is a highly ambitious game that is due to be released on multiple platforms that include Steam on PC, PlayStation 4, Xbox One and Nintendo Switch.

After gestating on their idea since 2015, the hard work of brothers, DC (Dong Chee) Gan, 30 and Welson Gan, 26 has finally paid off. Their fledgling independent game studio that is barely a year old is well on their way towards releasing their maiden game Re: Legend.

Between July and August 2017, Re: Legend led a successful Kickstarter campaign that surpassed its initial target of S$70,000 and landed a princely sum of S$630,700 raised by 7,385 backers, all within just one month.

DC Gan explained how the brothers had originally worked on the game as a passion project and had no intention of growing big. But after receiving positive responses even during its ideation stage, the brothers were convinced that they had something special on their hands.

Starting out as a two-man team, each brother brought his own set of unique talents to the project. Having majored in music production and worked on songs for Malaysian movies, DC brought his musical expertise to the table while Welson, who has a background in game development and studied at Lim Kok Wing provided the expertise on the creative side of development.

Currently, the team at Magnus Games stands at just below 10 persons though they have plans to double their team to ensure that the development of the game does not drag on too long while ensuring the quality of the game, which is slated for a mid-2018 release date.

Looking failure in the face and going on Their success did not come easy says DC Gan, as the game (known by another name then) was almost cancelled halfway through its development when their investor pulled out.

“It was the darkest time of our lives as nearly an entire year of our efforts was flushed down the drain and destroyed before our eyes,” says Gan. “But, we felt that we had come too far to give up on the game so we regrouped and borrowed money from our relatives in order to proceed with the project.”

Their game was one of the top projects approved by the Square Enix Collective, a platform that helps small teams build awareness of their ideas and have gamers provide feedback by votes.

Following the success of their Square Enix Collective campaign, they realised that Re: Legend had huge potential and proceeded to raise funding on Kickstarter to make their dream a reality.

Getting the ball rolling Even before the success of their Kickstarter campaign, DC said they have started with the live recording of the game’s soundtrack with the help of the famed Video Game Orchestra (VGO) in Boston, which has recorded music for franchises like Final Fantasy and Kingdom Hearts.

Combining with DC’s knowledge of music and their experience Re: Legend’s soundtrack has a musical calibre that few independent games can boast of.

The core concept of the game is still very much tied to its story which sees players washed ashore on Vokka Island with no memory of themselves. From there they will need to live off the land, befriending villagers and reclaiming their lost memories which are scattered throughout the island.

Co-operative play is a big element in the game that Gan says was born out of the endless play sessions he had with his brother and how they would talk for weeks on end about their exploits in the game.

“Our main objective is to make a game that players can experience, do cool things and share memorable experiences together with their friends,” he said.

Gan also says that Malaysian Digital Economy Corporation (MDEC) made huge contributions to the development of Re: Legend by providing them with exposure and knowledge on how to take their game to the next level.

With their help, Magnus Games will be showcasing a public demo of Re: Legend at the upcoming Tokyo Game Show 2017 at the MDEC Pavilion and Gan hopes this international exposure will help drive up Japanese interest in the game.

Gan said that he hopes to drum up more publicity for the game in the coming months as they will be joining the Level Up conference in Kuala Lumpur and G-Star 2017 in South Korea. 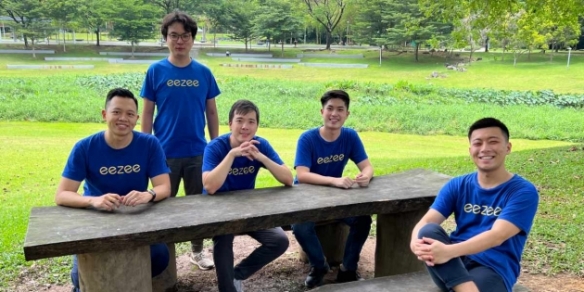