THE South-East Asian online video market is growing rapidly. A report by Media Partners Asia, Asia Pacific Online Distribution 2015, forecasts that the region’s online video opportunity would reach US$12.4 billion by 2020, up from 2014’s net revenue of US$4.7 billion.

Hoping to tap into this is Kokiku TV (my chef TV), Indonesia’s multi-channel network (MCN) that offers food-related video content on YouTube and its own website.

Speaking to Digital News Asia (DNA) in Jakarta recently, its founder and chief executive officer Nadia Hudyana said the startup is planning to expand its online video service to Vietnam and Thailand by next year.

“Kokiku TV is already profitable, the business is amazingly scalable, and with the investment from us, it will have sufficient capital to expand beyond Indonesian borders,” Elixir Capital managing director Arshad Ahmed said in an official statement.

“We believe it is Indonesia’s digital media answer to food television. We expect tremendous growth and transformation to take place,” added Arshad, who is now also an advisor to Kokiku TV.

With the Elixir Capital funding, “Our plan for expansion is to open operational offices in our targeted countries, hire people for content production, and hopefully create videos in local languages,” Nadia said.

The investment also will open up the opportunity for Kokiku TV to create videos for international companies that want to target its audience, she added. 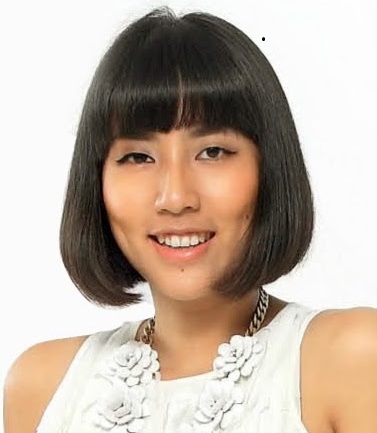 Founded in 2013, Kokiku TV has been profitable within a year after launch, Nadia (pic) claimed, declining to give actual figures.

“We create content that we know our audience will love. Some videos are free, however some videos make money, especially sponsored content,” she said.

According to the company, 75% of its 1.5 million active monthly users are 18 to 34 years old, a demographic that is “spending most of their time on their devices,” Nadia said.

“We look closely at our data to create content that is most suitable for our audience. Our audience loves food for sure, but they also love to see how modern or traditional food can be made in the simplest way possible,” she added.

Realising that its inhouse content production team alone would not be able to create enough videos to satiate its audience’s appetite, Kokiku TV is also working with chefs.

“We have the platform and the viewer base, so we decided to get chefs to collaborate with us to grow their audience as well,” said Nadia.

“We have also opened up our platform to other food-related content creators. We provide them with production team support, music library subscription, programming, marketing, rights management, right up to audience development and monetisation,” she added.

This user-generated partnership has now become Kokiku TV’s main business model. It also sees this as the best way to scale its business and become a regional player, allowing it to create more content and more choice for viewers.

“We believe the media landscape is changing rapidly, and more people are creating their own content,” said Nadia.

“Our platform gives these people a way to create their own content with guaranteed views, and without having to worry about technical issues,” she added.