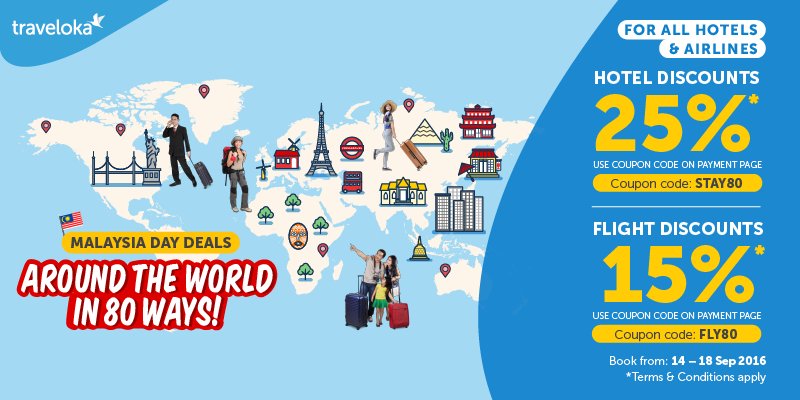 LAUNCHED in 2012, Indonesia’s leading travel-booking platform Traveloka, has begun to venture into other South-East Asian (SEA) markets this year with the opening of regional offices in Malaysia, Thailand, Singapore, the Philippines and Vietnam. “We started our expansion late last year, and since then, the growth rate has been amazing in each of these countries,” Traveloka head of marketing Dannis Muhammad (pic, right) told Digital News Asia (DNA) in Jakarta recently.

The move is a natural step for Traveloka as The Association of Southeast Asian Nations (Asean) actively promotes intra-region tourism and aims to see tourism receipts rise from US$75 billion (RM310.2 billion) in 2014 to US$83 billion by the end of 2017.

Statistics from Asean showed that 46% to 48% of all international visitors in the SEA region are tourists from the 10 Asean countries. This works out to about 52 million from 108.9 million international tourist in SEA in 2015.

With its four new SEA markets, Traveloka has more than 1,000 full- and part-time employees in the region.

“Our plan is to definitely repeat the success story we have in Indonesia in other countries in SEA. The potential is huge, as there are many beautiful but unknown destinations that we can open up,” he said.

Dannis explained that Traveloka has received a warm welcome from stakeholders such as government agencies, and travel agents in it's new markets.

“This is simply because we came not to compete, but to open up the market; to give a chance to small towns, or lesser known destinations to be on the global map. The feedback was terrific,” Dannis affirmed.

In the pipeline
When asked how Traveloka plans to win over each SEA market, Dannis said they would pay close attention to customer behaviour in each country, using the data collected to give clients a better experience. The company would also specialise in localising their offerings.

“Traveloka expanded to Vietnam and Thailand and we use the local languages. We are determined to do so in every country that we want to enter,” he explained, noting that the company is also trying to cater to different dialects in the same language.

According to Dannis one obvious trend that Indonesian customers and other countries are showing is the tendency to choose popular and more affordable air tickets and hotels.

That is why the company has just launched its new price alerts features, where users can set up to five different flight alerts, and once the price range matches, Traveloka's app will send out email and push notifications.

The details as to when exactly Traveloka entered each SEA country are sketchy. However Dannis said that Thailand and Malaysia are two countries with huge potential in online travel market after Indonesia, while Philippines and Vietnam are catching up with rapid growth.

“Right now, our focus is to maintain and improve the business in existing countries. However, we will also start looking at potential markets such as Laos, Myanmar, and Brunei Darussalam,” he added.

Without providing any details of the expansion plan, Dannis affirmed that Traveloka is “very serious” in investing to these existing and new markets, promising to deliver the best products and experiences in online travel.

“What we see in the new market is its readiness for online travel services. All things are in place to support online services, including wide Internet and smartphone penetration, as well as infrastructure. Another local champion
Although it began as a travel metasearch, Harvard dropout Ferry Unardi, former LinkedIn software engineer Derianto Kusuma and former Netsuite engineer Albert Zhang have built Traveloka into the No.1 flight search and booking site in the country, according to US-based market analytics firm comScore in 2013.

Currently, Traveloka has partnered with 70 domestic and international airlines, offering more than 100,000 routes throughout the Asia Pacific, Europe, and America.

While there is no disclosure as to how much money the company has received and made, Traveloka spent Rp553 billion (US$39.8 million) for TV advertisements (ads) in 2015, according to TV advertisement research company Adstensity, second to another very quiet e-commerce giant, Tokopedia.

Being considered as one of the unicorns from Indonesia, Traveloka's CEO Ferry Unardi has travelled with Indonesian President Joko ‘Jokowi’ Widodo on several overseas visits to promote the country’s startup scene.

“I believe that Indonesia has great potential to build a technology industry comparable to Silicon Valley. As can be seen, Traveloka and other startups have been moving in a positive direction, which proves that we are ready to compete,” Ferry said in a statement after his visit to Silicon Valley.

By the end of 2015, the company had 3.7 million desktop visitors. It also just launched its newest mobile application earlier this year, and claimed that the app has been downloaded seven million times since August 2014, whith 70% comes from Indonesia.

Indonesia to be Asia’s next digital powerhouse: Google – Temasek 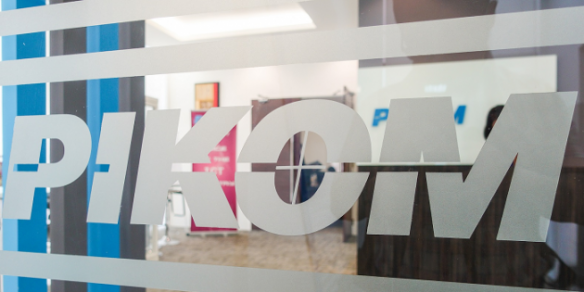