He will work alongside co-founder of Igloo, Wei Zhu, who is on the company’s board of directors, the company said in a statement.

Since joining Igloo in 2018, he has spearheaded its market entry into the Philippines, Vietnam, Thailand, Indonesia, Australia and Malaysia.

He has also established partnerships with industry leaders such as Lazada, Shopee, Bukalapak, AIS, RedDoorz, foodpanda, Lotte Finance and Ahamove across a range of insurance products, it said.

Igloo said it has continued to expand in a tough macro environment, nearly tripling its gross written premium facilitation in 2021.

With more than 30 marquee partnerships and an ever-increasing regional footprint, the company claimed is on track to achieve its goal of facilitating 5% of general insurance premiums in the region over the next five years. Wei Zhu (pic), co-founder and member of the board of directors said it’s heartening to see the company grow so quickly, and to continue to enjoy the backing of a strong pool of investors.

“With his diverse knowledge across industries and experienced leadership, Mehta will play an instrumental role as Igloo continues to scale.

“I’m confident we are in a strong position to be the leading regional insurtech under his leadership,” he added.

Mehta (pic, below) said Igloo has seen tremendous growth in 2021, where it drove an aggressive market entry strategy helped by its strong company fundamentals that is grounded in people and technology.

“As the only regional insurtech with a diverse set of products and partners, Igloo will continue on its aggressive growth trajectory for the foreseeable future, looking at both organic and inorganic ways to further drive its vision of ‘Insurance for All.

“With the continued backing of our investors, we are well-positioned to expand our operations in countries like Vietnam, Philippines and Malaysia, and provide a highly localised offering for each Southeast Asian market,” Mehta said.

Igloo closes US$19 mil Series B round

In conjunction with the new appointments, Igloo also announced that it has raised US$19 million (RM79.6 million) in Series B funding led by Cathay Innovation, a global venture capital firm, with participation from ACA and other existing investors including Openspace.

This, it said, brings its total fundraising to over US$36 million ($151 million).

Ian Sikora, executive director at Openspace and board member said Covid was a watershed moment for the entire insurtech industry as the pandemic further emphasised the need to bring insurance to a wider audience.

“Under the stewardship of Mehta, Igloo responded with creativity and pace, and has now captured a leading share of the regional market. We've been active partn ers since 2018, and it was encouraging to see the team come together and find opportunities amidst the tumult,” he said.

Rajive Keshup, director for Cathay Innovation in Southeast Asia and board member, said the company is a firm believer in financial access and inclusion for Southeast Asia and Igloo’s mission is one which deeply resonates with it on many levels.

“We have witnessed Mehta and the team build from strength to strength, expanding regionally at breakneck speed all while navigating Covid. We are incredibly excited for what is to come next for the team at Igloo,” he said.

With its Series B raise, Igloo plans to drive product innovation cementing itself as one of the region’s leading insurtech firms. It will continue to invest in reinforcing its full-stack capabilities, along with innovating its dynamic risk assessment and AI-powered claims assessment tools.

In line with its vision of ‘Insurance for All’, Igloo’s product development and distribution focus will be further targeting the underinsured low to mid-income population segments in Southeast Asia. 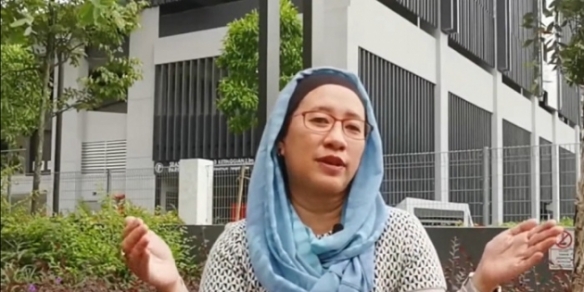