Has MaGIC moved the needle for Malaysia? THERE was a lot of buzz on May 23, about the future of the Malaysian Global Innovation and Creativity Centre (MaGIC) arising out of a question asked to Malaysian Prime Minister Mahathir Mohamad about the fate of certain government agencies. This came on the heels of Mahathir already disbanding certain agencies and folding others into various ministries. Nerves are on razors edge.

MaGIC CEO Ashran Ghazi came out the next day, May 24, on LinkedIn to address the chatter around MaGIC’s future. He reassured that based on “communications with stakeholders” it was business as usual for the present.

While that calmed some nerves the key question to ask in any discussion about MaGIC’s future is, has it moved the needle in Malaysia’s startup ecosystem?

DNA reached out to Dr Sivapalan Vivekarajah, president of the Malaysian Business Angels Network (MBAN), Fadzli Shah Anuar, president of the Technopreneurs Association of Malaysia (TeAM) and a leading venture capitalist who did not wish to be identified to get their views.

All three believed that MaGIC, launched in April 2014, has indeed made a difference to the startup ecosystem in Malaysia, firstly by bringing disparate players together into a tight ecosystem and also by putting Malaysia on the regional and global map.

“Besides putting Malaysia on the global map, it has also brought in talent from abroad via the Global Accelerator Program to give local talent an opportunity to build relationships with global entrepreneurs, to learn from them which will be useful if Malaysian companies want to The VC meanwhile highlights the pivotal role that MaGIC has played. “Before MaGIC, all players were pretty much on their own, looking after their backyard. There was little collaboration between them and some were even oblivious to others existence! MaGIC really pulled everyone together and created a real working entrepreneurship ecosystem that ties public and private sector funding institutions, regulators, government agencies, universities and relevant foreign players into one coherent body where everyone can work closely together for the benefit of entrepreneurs.”

That may be so, but TeAM’s Fadzli, while agreeing on the positive impact of MaGIC also highlights that it stands as another example of government investing to fill in gaps in the startup ecosystem to the extent that “the private sector assumes those programmes will continue to exist and more importantly, the economics of government backed programs are such that the private sector would not be able to substitute them with something commercially viable”.

Using the example of the successful MaGIC Academy that offers various entrepreneur skills set programmes at no cost, “Imagine MAGiC Academy run as a private sector venture. Who would attend if you have to pay for admission?” he poses.

With the government looking at cutting costs and avoiding duplication, having strongly supported the startup ecosystem since it sponsored the 2011 startup conference, Silicon Valley Comes to Malaysia, should it step back now and let the private sector drive the show? Is this the time to move from leader of the ecosystem to facilitator?

Apparently not so soon cautions Sivapalan who reminds us that Malaysia cannot depend on MNCs for jobs and investment. “We have to create our own IP and companies that will become the future MNCs.” This, Siva feels, can only be done through entrepreneurship. “In the grand scale of things Malaysia is still a young economy especially when it comes to entrepreneurship. Hence the support of the public sector is still important. Even in the most developed economies like the US, governments still support entrepreneurship. So Malaysia needs to continue playing a supporting role.” 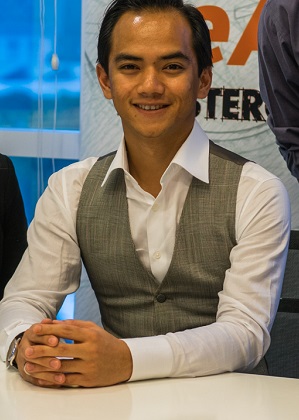 The VC agrees with Sivapalan, pointing out that aside from Singapore, no other country in the region has played a very strong role in developing the entrepreneurship ecosystem. “It is important that Malaysia to continue to maintain that position, especially when we have already generated a strong momentum on this initiative. A lot of Malaysian entrepreneurs have benefited directly and indirectly from all these initiatives and in fact, it should even be given a boost further as this is an area where Malaysia can excel in and generate high skilled talent and companies.”

Even Fadzli (pix, bottom right), while wary of too heavy a hand by government, feels that if Malaysia wants to remain relevant to the innovations happening globally, there should still remain a framework to support startup growth. Yet he worries about the broad approach of MaGIC.

­­­­­­­­­­­­­­­­­­­“From our viewpoint MaGIC seems to be trying to do too many things for too many unconnected stakeholders. With regards to tech, there are too many agencies to name with so much overlap so I believe merging would make sense.”

Having said that, Fadzli feels that MaGIC going out and empowering the greater public to consider building new companies especially in less developed cities will be beneficial to the country's economy.

Sivapalan credits MaGIC with helping develop the social enterprise sector by bringing social entrepreneurship to the mainstream of entrepreneurship. “This has helped them and will ultimately lead to greater benefits to society.”

But what if, despite the impact MaGIC has had, it is shut down. What impact would that have on the startup ecosystem and on the funding pipeline? The VC is adamant that no one in the ecosystem now, private or public, can play MaGIC’s roles. “They are not designed to operate like one, and they don’t even have the budget to become one (like MaGIC). I think this is the role that can only be done by the Government given its reach, influence and status to get all the players to work as one.”

Fadzli, who also runs a private fund investing in startups, believes that the impact to deal flow will be minimal as, “good founders will continue to attract capital with or without government backed frameworks”. However the loss will be felt by the majority of new businesses because few will be investment ready in their early stages or with scalable potential to attract private funding. “It is these kind of ventures that will lose out without government agency support,” says Fadzli who notes that MaGIC’s budget for what it does is not a drain on government coffers.

With a staff strength of around 70+, it started life in 2014 with a US$12.55 million (RM50 million) allocation announced in Budget 2014 but which was later increased to US$17.55 million (RM70 million). In Budget 2016 MaGIC again got an allocation, this time of US$8.77 million (RM35 million), while there was no mention of it in the last two national budgets. DNA reached out to MaGIC to get this data but it declined to reveal how much it got for its operations in these two years.

Be that as it may, the key takeaway is that ecosystem leaders believe that MaGIC has moved the needle in the Malaysian startup ecosystem. Will that be enough though for the Ministry of Finance, under which it sits, to keep MaGIC going in its current shape?