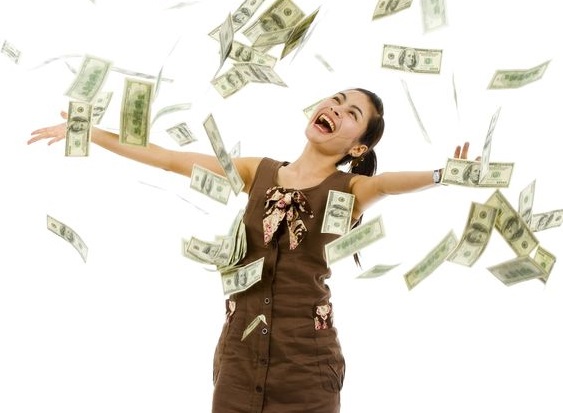 THE US$550-million funding of Indonesia’s on-demand transportation platform Go-Jek has sparked positive vibes across the nation and its startup ecosystem, with a number of venture capitalists (VCs) expressing confidence that more such investments are likely.

The mega-round was driven mainly by increased confidence in the market potential of Indonesia’s 250-million population, which is attracting a new group of investors.

One of the largest and oldest global private equity firms, KKR & Co which manages US$131 billion, even describes Indonesia as having the best ‘population pyramid’ in the world.

“We believe that Indonesia is in the ‘S’ curve, and right now is at the peak part of it,” says KKR’s managing director of private equity Jaka Prasetya, who admits that KKR has rather been late in entering the Indonesian market, “but better late than never,” he says, speaking to local media at the Japfa Investor Gathering event in Jakarta on Aug 15.

KKR’s entry into the market is just the harbinger of more money coming in, especially at the Series B and above stage – an investment level where there is a severe shortage of funds for Indonesian startups.

According to the Venture Pulse report by CB Insights and KPMG, Indonesia’s VC activity has steadily increased in value over the past year. Alpha JWC Ventures cofounder and managing partner Will Ongkowidjaja thinks that startups that reach the Series B stage and beyond will now have a chance to raise money from the likes of Warburg Pincus, Farallon and KKR, all of whom invested in Go-Jek and Capital Group Private Market.

Alpha JWC Ventures itself invests from the seed stage right up to the Series B level.

“This different set of investors, focusing on different levels of investments and more traditional time-tested companies, is exactly what we need now,” says Will.

“Their interest in Go-Jek sends a signal that they are now keen on startups and this is something that can strengthen not only Indonesia’s, but South-East Asia’s startup ecosystem.

“Now the investors can complement each other,” he adds. “Presently the market faces a shortfall in growth-stage venture capital, so we hope that direct investments by the like of Sequoia, Softbank and KKR will send strong signals about the market potential in Indonesia,” he says.

Indeed, entrepreneur and angel investor Shinta Dhanurwardoyo is hopeful that more VCs and angels will start investing in local startups. “The Go-Jek investment is a turning point in Indonesia’s startup ecosystem and a recognition of the potential of startups to help push the digital economy growth in Indonesia.”

Go-Jek’s ambitions perfectly illustrate the power of the Indonesian market. In a statement after the funding was announced, the company gave brief mention to overseas expansion while laying out its ambitions to strengthen its presence in Indonesia and be the market leader.

The belief among some investors that Indonesia could track China’s path in its internet adoption is another tailwind for the republic’s startup ecosystem.

“It has strong market of 250 million people, a young population, and is currently undergoing the same path China took back in 2004 when the Internet revolution started,” Li had told Digital News Asia (DNA) at a ‘mini’ pitching session with Chinese investors organised by Convergence Ventures in June.

In fact, Li even went so far as to say that Indonesia needs to be the major market for any startup wanting to win in South-East Asia.

“This overall underlines the importance of winning the Indonesia market for any South-East Asia focused technology enabled company. What we are seeing is that Indonesia will be the next ‘it’ market for technology or Internet based businesses,” he had said then.

Convergence Ventures was established in early 2015 with a US$15-million fund, and has 15 startups in its portfolio.

What next for Go-Jek? With its massive funding round, questions are being about the next steps for Go-Jek founder Nadiem Makarim: Will he sell down his stake? Or will he embark on mergers and acquisitions (M&As)?

Alpha JWC’s Will (pic above), who was previously a director at UBS Investment Bank where he advised clients on M&As, equity and debt capital market, says that the latter looks more likely to happen.

“Without speculating specifically on Go-Jek’s next step, I think we see consolidation in the market,” he says.

China has already seen two such moves. In February 2015, Didi and Kuaidi merged, followed by Uber’s August sale of its China operations to Didi Kuaidi.

“We won’t know whether Go-Jek will stay independent or consolidate with a competitor, but there is a history of such M&As happening,” Will points out. Shinta (pic above) doesn’t expect major changes in senior management. “Nadiem has been the face of Go-Jek, and I believe there is no one better to represent Go-Jek than him and his current team. However the new investors will place their representatives on the board and that’s to be expected,” she says.