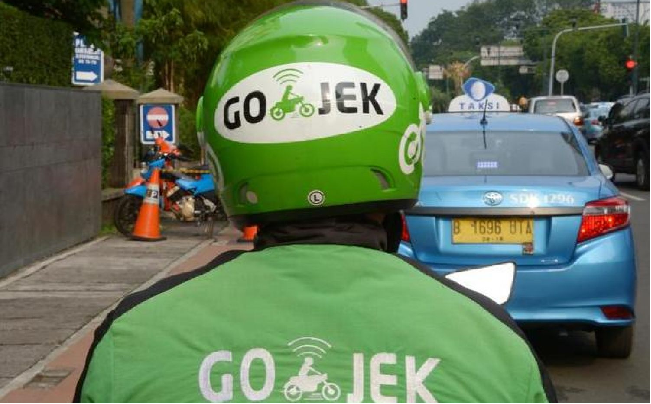 The stakes just got even higher in Indonesia’s ride-hailing space with local champion Go-jek reported by TechCrunch to have raised a US$ 1.2 billion round led by Tencent Holdings Limited (Tencent) on a US$ 3 billion valuation, sending the message to Grab, “What you can raise, we will do better.”

As of publication time, there has been no official statement from both Go-jek and Tencent.

Make that its payment system, specifically.

As reported by E27, Tencent plans for Go-jek include developing an online platform payment system, GoPay. With its investment, Tencent has bested Alibaba which was reported to have held talks with Go-jek via Ant Financial.

As the owner of China’s dominant messaging and payment platform WeChat, Tencent’s experience in growing a messaging service into a payment platform could quickly help Go-jek become a serious competitor to Grab’s own payment ambitions.

Grab made its big play in the payment space by acquiring Indonesian O2O platform Kudo to boost its own payment system, GrabPay via a US$700 million ‘Grab 4 Indonesia’ master plan.

“There are a lot of digital payment players in Indonesia. Despite the number of users, Go-jek has more number of transactions in GoPay and I think this investment will give Go-jek a huge boost as it works to improve on its digital payment and this in turn will boost the overall ecosystem,” Donald opines.

However, the ripple effect won’t be felt by all startups. While Sinar Mas Digital Ventures (SMDV) partner Mario Suntanu thinks this investment will be a milestone for Indonesian ecosystem, that ecosystem is still in an early stage.

“The benefits from large investments in startups that are focusing in Indonesia, including Go-jek and Grab, most likely will trickle down to other high-performing startups in the form of increased investment attention and potential acquisition.

“However, ultimately the businesses need to make sure that they are sustainable and can provide good returns to the investors, the service recipients, and the larger community,” he told DNA.

To be sure, the investment also opens up the Indonesian startup ecosystem to more Chinese investors.

“Most of the international VCs are from the US and China. Since China is closer to Indonesia, I think it will encourage investors more investors from China to seriously look at the startup ecosystem here,” says Donald According to East Ventures managing partner Willson Cuaca, “Once the news is confirmed, this deal validates that the Indonesian market is a ‘giant’ in the Southeast Asia (SEA) region, and I think everyone should pay more close attention to startups here.”

“What’s certain is that this news proves there is a strong sentiment in the startup ecosystem in Indonesia. We are now on the map of hot countries to invest, which will help the right companies and the right teams to ride the momentum to fund raise,” she says.

The pressure is also on for Go-jek as she feels it is important for them to prove their worth in “foreseeable future”.