ACCORDING to a study by Spring Singapore, the government agency tasked with developing small and medium enterprises (SMEs), only six in 10 F&B (food and beverage) businesses in the city state last beyond five years.

A restaurant is limited by the number of seats it has, while the kitchen can often produce more food than the number of seated guests. One way to increase revenue while not piling on additional costs would be to start a delivery service, she argues.

“Foodpanda is a platform on the restaurant side, which enables the restaurant to launch or expand their delivery service, while reducing high up-front capital expenditure costs,” Heap tells Digital News Asia (DNA) in Singapore.

“We enable the restaurant owner to increase his revenue without increasing his other costs,” she adds.

These costs could involve buying motorbikes, hiring riders, building an online platform or phone exchange, along with other miscellaneous items. As most F&B outlets struggle to stay afloat, according to the same study by Spring Singapore, this is a cost few can bear.

Having launched in Singapore three years ago, the Rocket Internet-fuelled foodpanda now lists over 500 F&B establishments on its platform, boosted by an acquisition spree earlier this year, as well as the recent acquisition of Singapore-Dine. 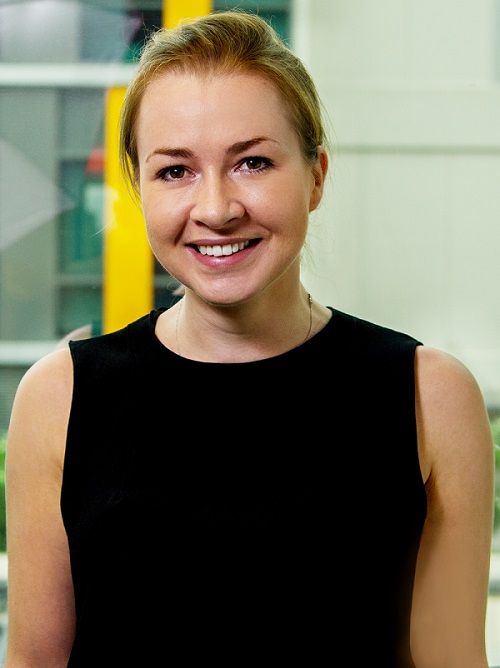 Giving F&B outlets a fighting chance requires digitalising their business, and foodpanda lowers the barrier of entry for this, Heap (pic) says.

This enables them to grow more efficiently and productively than they would on their own. “We enable the restaurant to launch a new delivery division with few fixed costs,” she says.

Yet many are still unaware of the opportunities that going digital and launching a delivery service can give their F&B business, according to Heap.

“Technology is not the first thing on the industry’s radar – there were restaurant owners who didn’t think it was possible, until one of our salespeople went out to them to talk about it,” she says.

There are three factors that are key to successful food delivery, according to Heap: Good food, a good delivery service, and marketing.

“An F&B owner’s core competency is cooking good food and … not necessarily logistics or marketing, which we handle for them,” she says.

It’s a win-win situation for foodpanda and its partner restaurants, of course. Foodpanda’s revenue model is a commission on every sale, with Heap declining to disclose the percentage.

But the businesses that come on board have so far averaged a 20% increase in revenue, she claims. The Indian Curry House attributed the opening of its latest outlet in Serangoon Road, Singapore to foodpanda.

Foodpanda does not welcome all businesses however, according to Heap. “We would reject a business if it doesn’t meet our quality standards, and we would also reject a business that does not match consumer demand – but in general we want to provide a solution for every type of meal” Foodpanda’s outreach efforts include educating businesses on the potential that delivery and digitalising can bring to them. However, as with such traditional industries, a lot of handholding is required to help them make the transition.

“We work with F&B owners on creating a menu suitable for delivery, and in defining the area of delivery to ensure quality and taste are maintained,” Heap says.

“We would also show them how to process orders, and install the software and technology in their restaurants as well,” she adds.

The company also shares its expectations with the F&B owners, from accepting orders within a specified time frame, to prepping the food for on-time delivery.

It also shares its data analytics of customer orders, according to Heap.

“We tell them where the demand is coming from, highlight areas on where they can expand their dining or delivery business, as well as give them feedback – while working with them on online marketing,” she says.

The onus is on the F&B owners to follow whatever advice foodpanda gives from its data analytics, Heap points.

However, businesses that join the foodpanda platform have to keep up their standards or risk being de-listed, according to Heap, as foodpanda monitors customer feedback and the data analytics from their deliveries.

“We use data to support our observations, we see customer reviews, the delivery times of the restaurant, and how many customers reorder from the same restaurant again,” she says.

“Having repeat customers is the biggest sign of high quality,” she adds.

All restaurant reviews are published, whether good or bad, according to Heap, with moderation used to weed out reviews that have swear or vulgar words.

“All reviews on the site are transparent, with only verified customers who have ordered food from the outlet able to leave reviews, so as to protect restaurant from false bad reviews,” she says.

“It’s all about helping restaurants improve,” she adds.

And foodpanda, for its part, works on improving itself too, Heap declares. Slashing delivery times was one key area.

“Delivery times over the last few months have halved, and we’re looking to improve further while working closely with restaurants,” she claims.

Foodpanda currently uses the Urban Ninja platform, which is part of La Nevera Roja, a Spanish startup acquired by Rocket Internet, which combined it with its stakes in foodpanda, Delivery Hero, and Pizzabo to create its Global Online Takeaway Group [corrected]. This allows it to have real-time tracking of the delivery riders to optimise delivery routes based on location, according to Heap.

As is typical with many startups, the goal is to become No 1. In foodpanda’s case, it is to be the No 1 food-ordering marketplace outside of China and the United States.

The company has identified Singapore as one key area of growth, and it is intent on hiring and training locals, says Heap.

“We have grown tremendously in Singapore, mostly staffed by locals,” she says, without disclosing figures. “We need to build a sustainable company with local expertise and knowledge.”