ENGINE Biosciences (Engine), a biotech company pioneering its artificial intelligence and genomics network biomedicine platform to unleash faster and more effective drug discovery, announced a US$10 million (RM38.99 million) round of seed funding, the largest seed financing recorded in South East Asia, and one of the largest in Asia in the tech and biotech industries.

The oversubscribed round was co-led by Silicon Valley-based DHVC and 6 Dimensions Capital (formed through merger of Frontline Bioventures and WuXi Healthcare Ventures in May 2017), with participation from global biopharmaceutical leader WuXi AppTec, EDBI (the investment arm of the Singapore Economic Development Board), Pavilion Capital (a subsidiary of Temasek Holdings), Baidu Ventures, WI Harper, and Nest.Bio Ventures.

The seed funding will support Engine as it builds its drug discovery platform, expands its scientific and executive team in both Singapore and San Francisco, and pursues preclinical studies internally and with partners, which currently include leading research institutions and a prominent US Fortune 500 company. The platform builds on the pioneering work of Engine’s scientific founders who have a body of knowledge in biomedicine, and whose research on Engine’s platform have been acknowledged and published in peer-reviewed journals including Science, Cell, Nature Biotechnology, Nature Methods, and the Proceedings of the National Academy of Sciences (PNAS).

Compared with conventional drug discovery approaches, which are too slow and costly to test and map the huge number of genetic interactions that underlie complex diseases, Engine’s platform drives orders-of-magnitude gains in speed and scale for such studies.

By understanding and testing these genetic interactions in parallel and using machine learning and deep learning algorithms to analyse the resulting data, Engine can decipher biological networks that until this point have vexed drug developers and researchers and enable more rational drug discovery for both single and combination therapies.

“The biopharmaceutical industry needs better approaches for R&D to deliver therapies to patients in need faster. Legacy approaches mean that in many cases, we still have a weak understanding of what drives disease and correspondingly, how to treat or prevent it,” said Engine Biosciences co-founder and CEO Jeffrey Lu.

“Engine’s data-driven platform allows researchers to not only uncover the critical gene interactions underlying diseases, but also test therapies that specifically target these interactions in a faster, cheaper and more precise fashion than currently possible.”

To date, Engine’s technology is being applied across four areas: drug repositioning, which applies known drugs to novel indications, including both single and combination therapies; new target discovery, which identifies biological factors that underlie disease; precision medicine enablement to support unique treatments based on a patient’s particular genetic makeup; and pathway analysis. Engine has achieved proof-of-concept and has active programmes across various disease indications, including in cancer, neurodegeneration, autoimmune, and skin.

“The lack of insight into complex and multi-factorial biological processes within cells contributes to the high failure rate across the drug development cycle. Engine Biosciences has pioneered a new approach to address this by generating novel data and insights that are highly relevant to the biological process,” said Dr Leon Chen, Founding CEO of 6 Dimensions Capital and member of Engine’s Board of Directors.

“We expect the company’s AI platform will lead to insightful information in complex diseases' pathways that was not previously possible using traditional wet lab centric biology research and we are excited to support the team with our investment.”

Added Stanford Professor Shoucheng Zhang, founding chairman of DHVC and a member of Engine’s Board of Directors: “The breadth and scalability of Engine’s technology platform and proprietary data generation capabilities present a unique opportunity to build significant data leadership and impact many areas within the huge pharmaceutical and healthcare industries. We are excited to be playing a part in making it possible.”

77% of healthcare leaders believe they need to go digital to succeed: Microsoft 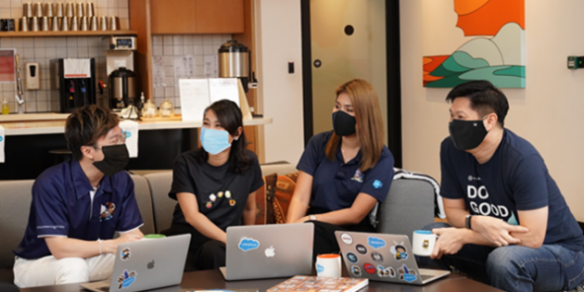