[This article has been amended to take into account new information]

BURIED in the depths of Rocket Internet’s recently issued annual report are notes that nine companies associated with the taxi-related companies in Asia were “in transition to a subsidiary of an associate.”

Marie-Luise Klose, Rocket Internet’s Berlin-based communications manager, would only confirm that “Easy Taxi is scaling down its operations in the following markets: Hong Kong, India, Indonesia, Pakistan and Thailand.”

The problem with that statement is that Easy Taxi completely shut down operations in Hong Kong, Indonesia, and India, as well as in Taiwan, back in December 2014. Also in December, Easy Taxi scaled back in Malaysia by laying off at least 20 staff members.

Update: Easy Taxi has since confirmed that its Pakistan operations also shut down in December.

Klose did not respond to a request for further clarification as to whether Easy Taxi operations in Thailand and Pakistan were shutting down as well.

Alexander Lê, who has headed up Easy Taxi Thailand as general manager since February, told Digital News Asia (DNA) that, “We are just optimising operations and everything is running as usual.

“We are operational albeit smaller relative to the past year. … Leaner and more efficient and smarter. A better business model too,” he said via email. It also looks like Joon Chan (pic), Easy Taxi’s Malaysia-based regional general manager for South-East Asia since May 2013, is no longer with the company. He has since joined another Rocket Internet company, FoodPanda, as managing director of its Malaysian operations. [Updated]

Calls to his phone number are blocked and Lê now bears the regional manager title. Lê said by email that “I can’t comment on this.”

In addition to running the Thailand branch, Lê has continued as general manager of Easy Taxi Vietnam, a post he had held since November 2013.

He confirmed that there were layoffs in Thailand before he took over but “unfortunately I don’t have the numbers on team size.”

Despite attempts by DNA before this story was first published, Rocket Internet did not clarify the above statement. After publication, and Easy Taxi spokesperson reached out to say, “This happens when new investments come in and the holding structure has to be adjusted to accommodate the new shareholders, as was the case in 2014.” [Updated]

Athough Easy Taxi is older than Malaysian-founded GrabTaxi, the newcomer has a considerably larger war-chest to target a much smaller number of cities and countries.

According to CrunchBase, Easy Taxi was launched by Brazilian entrepreneurs in Rio de Janeiro in 2011. It soon won backing from German startup conglomerate Rocket Internet. Easy Taxi swiftly expanded to many Brazilian towns and 14 other Latin American countries.

It entered its first three Asian markets in mid-2013: Malaysia, Philippines and Thailand. This was just around the same time that Anthony Tan (pic) launched GrabTaxi in Malaysian cities, where the app is still known as MyTeksi.

GrabTaxi started up modestly but has since raised a total of US$340 million in venture capital and loans from the likes of SoftBank, Tiger Global, GGV Capital and the Singapore government’s Vertex Venture fund.

The company is focused solely on Indonesia, Malaysia, Philippines, Singapore, Thailand, and Vietnam; and now has services in 19 cities in these countries.

Meanwhile, Easy Taxi raised another US$40 million last July from Phenomen Ventures and others, but that still makes for only a total of US$77 million to serve about 162 markets in 32 countries.

Easy Taxi has faced more competition than GrabTaxi in South-East Asia. Taxi companies in Singapore, notably Comfort, have their own dedicated apps. Then London’s Hailo Taxi entered the fray late in 2014.

Earlier in the year, Uber’s ride-sharing app was quickly embraced by passengers and authorities alike in Singapore.

Super-funded Uber crept into South-East Asian cities in 2013, launching first in Singapore, followed by Kuala Lumpur in early 2014. Despite regulatory hurdles to be overcome, it has vowed to stay in Indonesia, Malaysia, Philippines and Thailand. [Amended to clarify]

Easy Taxi’s retreats in the face of keen competition in Jakarta and Hong Kong are understandable. In Jakarta, it faced off against GrabTaxi and the Blue Bird taxi group’s own popular app.

In India and Taiwan, competition may not have been responsible for Easy Taxi’s withdrawal, although there were plenty of competitors in the cities of both countries.

After launching services in Mumbai in October 2013 with plans for other cities, Easy Taxi was forced to halt operations when the Indian Government banned all taxi- and ride-hailing apps in the wake of the rape of a passenger by an Uber driver.

Easy Taxi explained its withdrawal from Taiwan in January as a response to a new law that forbade taxi drivers from using more than one dispatching company.

Susan Cunningham is a freelance journalist in Bangkok. She is a regular contributor to Forbes Asia. 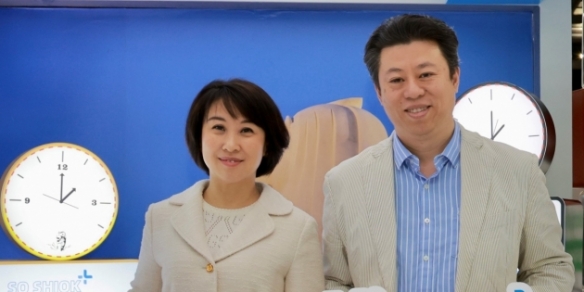