Digerati50: Out to make e-commerce ‘conversational’

Digital News Asia (DNA) kicks off a weekly series that profiles the top 50 influencers, movers and shakers who are helping shape Malaysia’s Digital Economy, from Digerati50 Vol 2, a special print publication released in February 2016. To download a special e-reader version, see the top of this page. For information on customised reprints of Digerati50, email [email protected]. THE digital concierge business has certainly been getting a lot of action in Malaysia, with startups like NeonRunner, Goget.my and Bemalas, just to name a few, popping up over the last year or so.

Instead of viewing such players as competitors, Adlin Yusman – founder and chief executive officer of Belazee Group, which operates the Bemalas platform (formerly Be Malas) – prefers to view them as partners.

“We started Bemalas as the ultimate demand generator and continue to work closely with everyone, including NeonRunner. As a startup, it’s imperative to leverage on as many partners as possible to help catalyse growth.

“Our tagline – ‘Be Malas: For Everything’ – is our ethos, so we want our customers to be able to do or find anything on our platform, and to do that, you need to have an extensive network,” he says.

Asked about the most quirky task Bemalas ever received, the 33-year-old quips, “Finding a dozen cockroaches for a customer’s research purposes!”

Adlin says the idea for Bemalas came out of a need to fill a gap, as he has always found self-service e-commerce to be mechanical in nature – one speaks to a person only when there’s a problem.

“So when we came up with Bemalas, we knew we wanted the human element front-and-centre, and then once that was established, we could go ahead and build the commerce element around it,” he says, describing it as “conversational commerce.”

Before founding Bemalas, Adlin had held executive positions in Expedia, Groupon and Lazada. These experiences taught him how to manoeuvre around the pitfalls which otherwise would have been extremely costly for startups, especially during the first year of operation.

“We managed to save both time and money using proven best practices from the companies I worked for,” he acknowledges.

Bemalas has managed to scale to other markets, including Brunei, Singapore, the Philippines and Vietnam. Except for Malaysia, all its other markets are served through Belazee. [‘Malas’ is Malay for ‘lazy.’]

Adlin says the lack of homogeneity across Asia Pacific remains a challenge when it comes to scaling.

“Whenever we expanded to a new country, it was almost like setting up a new startup in itself, but the challenges came with a lot of good lessons and we will continue to scale across emerging markets in Asia Pacific in 2016,” he adds.

Bemalas has also built a full-fledged online storefront in preparation for a mobile app that went live in January 2016.

Adlin says the online storefront is part of the goal to ‘make commerce conversational again’ as it will form the basis of the user experience.

Its founding year has been nothing but extraordinary for the Bemalas team, he says. It has more than 250,000 (as of December 2015), customers across the region, and revenue growth is still in the double-digit percentages.

“Our business grew – and is still growing – at an unbelievable pace, and I’ve met some truly wonderful people on my journey.

“Every time I look back at how we started – three guys in a small studio apartment in May [2015], to more than 50 employees across Asia Pacific in less than a year – I can’t help but feel extremely blessed that I have been fortunate enough to experience all this,” he says.

Adlin’s two cents’ worth to budding entrepreneurs is this: “Seek a good mentor, learn as much as you can about the business you intend to build, and benchmark against the best.

“However, I still believe that having a modicum of experience helps a lot when it comes to navigating common business pitfalls,” he says. 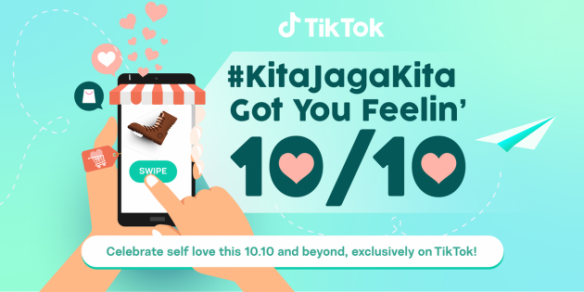