Cradle has rolled out a number of startup grants over the years but announced late last year that it will be gradually moving away from grants as the next step in its on-going support of the evolving and maturing ecosystem.

Cradle aims to moderate its grant-to-equity ratio from the current 50:50 to 30:70 within the next two years. It has started by closing its CIP500 grant last December after a run of about four years and introducing a smaller grant, CIP300, in May this year. Its direct equity investment programme DEQ800 was also announced in February this year.

Xelia Tong, Cradle’s vice president of Investment (Catalyst), says that the grants will have to continue for the time being, albeit on a slightly smaller scale – an RM300,000 grant instead of an RM500,000 one – because Malaysia is still at the point where it is difficult to get very early-stage investors for startups that want to develop a minimal viable product into a commercial product, for example.

“We are not like Silicon Valley where there are angels who will do that kind of thing. The grant will continue to play an important role. Right now, what we’re hoping to achieve with CIP300 is that all the graduates of this programme will be ripe for an early-stage investor to pick up,” she says.

Tong says that the CIP300 grant will not be Cradle’s final grant but the grants will be made smaller to a size that Cradle judges is right for the ecosystem. “We will support only the most deserving. We don’t want to find as many as possible – it’s not the number but actually the quality we are looking at.”

She also points out that without a grant like Cradle’s there is the danger of drying up the supply of startups for early-stage investors.

The pre-seed CIP300 programme was created to assist early-stage entrepreneurs to develop and commercialise their product, bring it to market and gain some traction, and be ready for early-stage investments from other avenues.

With this programme, Cradle is looking for startups that are slightly more mature as compared to the startups it was looking at for its pre-seed CIP Catalyst grant, Cradle’s very first grant.

“For CIP300, if you tell us you have an innovative idea and a passionate team but you don’t know what’s next for you after product development, you have not studied the market or you don’t have a strategy to capture the market, you are not ready for this grant. We are looking for a certain maturity level the moment you step through the door and pitch to us,” explains Tong.

This is part of the process of weaning the ecosystem off grants – requiring that potential recipients of the grant come in with a somewhat solid business idea and strategy. “We’re no longer in that ‘syok sendiri’ period. It’s getting so competitive, not just within the country but in the region, with so many new startups and ideas comping up that if we don’t step up our game for our entrepreneurs it’s going to be very hard to compete,” says Tong.

Take-up has been healthy; the programme has received about 300 applications to date, which is the same volume of applications the CIP Catalyst programme saw, indicating that interest in Cradle’s grants has not waned over the years. The fund for CIP300 is RM7.5 million, which translates to 25 deals at RM300,000 each but Cradle will give face time to all of the 80 to 100 applicants it gets each month, as per its CEO’s mandate.

Each deal will be given a gestation period of 12 to 18 months. “We want to push them to the point where investors are knocking at their doors. Our aim is to get investors wanting to look at all 25 deals and for all 25 to get further investment.”

Because the programme is new, it is too early to tell whether or not it is effective in developing startups and in relaying the message that there is only so much grant money available at this stage of the ecosystem’s growth.

Tong emphasises that CIP300 and DEQ800 were created with input from entrepreneurs and investors in the ecosystem, so it should be what the ecosystem needs right now. However, it remains to be seen whether the programmes work and if they do not, Cradle is ready to revamp its strategy.

Next page: What to expect from CIP300 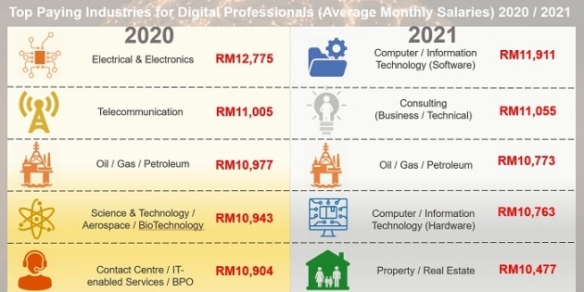