INDONESIA’s textile and garment industry is one of its oldest. The government aims to increase the value of exported textiles and garments to US$75 billion by the year 2030, implying that this industry would contribute around 5% to global exports.

“Textile companies in Indonesia are very old school. They do not talk about online shops. Digital technology can help them to increase their value chain, enabling everyone to save and make more money,” he tells Digital News Asia (DNA).

To Molzahn, Indonesia is strategically placed and the country accounts for nearly 2% of global textiles and related products.

88Spares.com facilitates B2B transactions between buyers and sellers in the textile and garment manufacturing industry and specifically deals in industrial machine spare parts and consumables.

“Vendors can cut their costs and efforts on sales and marketing easily by selling textile machine spare parts for weaving and spinning machines as well as various textile machinery spare parts through our web-based platform,” he adds.

After it was soft launched at the international garment exhibition, Indo Intertex 2017 in April, Molzahn says that Spares88.com will be officially launched in Q1 2018.

“Now we are still bootstrapping the market. We are focusing on attracting more vendors in the textile and garment industry in Indonesia,” he says.

Molzahn also says that his company will serve a niche market and enhance the chances small and medium enterprises (SME) and family businesses of entering the sector.

The startup will generate revenue from every successful transaction and will take a percentage depending on the value of a transaction.

88Spares.com chief marketing officer and co-founder Rosari Soendjoto says that they aim to make positive contributions to the local textile and garments industry. She also hopes to become a catalyst of change in the domestic economy.

“Even we are still doing business by bootstrapping, to develop our business, we are also planning on fundraising,” she said.

88Spares.com also has a presence in China by enabling China-based manufactures to become vendors on the platform.

Digitalisation in the textile industry

In order to transform, key players in the industry have to participate in this new economic era.

“We have three options -- to become victim, bystanders, or participants in this digital era. I hope everyone can be a participant,” he explains.

At the same event, Alvanon president Edward Gribbin said that that millennials are coming into the market and they think differently. Alvanon is a US apparel product development consultant.

“We are in the age of digital disruption. Rather than going to shop at an offline store, consumers choose to shop online. In the fashion industry nowadays, consumers are in control,” he said.

He added that Amazon in 2016 saw the most demand for its apparel category and for players in this sector had to “transform or die”.

Molzahn offered three main components for a company to move into the digital realm.

First, a company need the right human resources. Having someone from the C-level to take on digitalisation process will help change mindsets across the company.

The next thing is to have the right organisation. Molzahn says the role of an IT department has to change and be integrated into the company’s key strategy.

The company then has to cultivate an entrepreneurial mindset in all employees. Innovation might take some time and it can be helped by setting up infrastructure for corporate entrepreneurship to develop business innovation.

“In the future, software will become a driver in the industry and I believe that every industrial company will become a software-driven company,” he says. 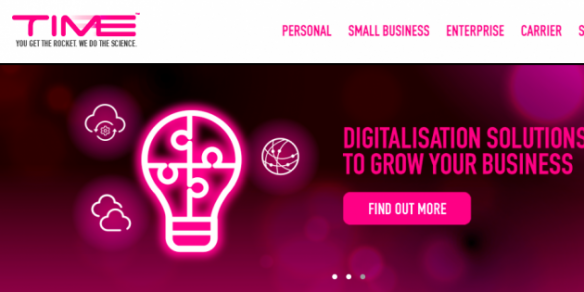