SIXSCAPE Communications, a Singaporean developer of secure communication software for desktop and mobile devices, has raised S$2 million (US$1.4 million) in funds from Tembusu ICT Fund I, a software-focused venture capital fund headquartered in Singapore.

Founded in 2016 by a Singaporean IT professional and an American technology entrepreneur, Sixscape specialises in next-generation secure communication solutions for consumers and businesses.

Online communication channels such as email, chat messaging and file transfer apps typically come with some form of security, but can still be vulnerable to hacking and other cyber-attacks. 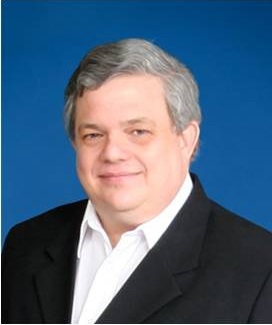 In an industry first, the Sixscape apps’ instant messaging and file transfer functions use the same security protocol found in end-to-end secure email. With Sixscape’s technology, PKI can for the first time be fully automated for email, chat messaging and file transfer apps, ensuring a hassle-free and secure experience for users. Sixscape’s secure messaging apps are available for Windows desktops as well as Android and iOS.

Sixscape co-founder and chief technology officer Lawrence Hughes (pic, right) said: “We plan to become a global leader in secure messaging, which we have simplified by automating digital certificate management and network configuration. This is accomplished through our own Identity Registration Protocol, and unprecedented integration with the LDAP network directory protocol.

“Within 60 seconds of installing our IPv6-based app, you can exchange fully encrypted, digitally signed messages with other users. Our next-generation technology positions us to make a similar impact to the IPv6 Internet, as Netscape did to the IPv4 Internet.”

Hughes developed and delivered training in PKI and cryptography for VeriSign – the pioneer company in PKI, which reached a market cap of US$21 billion in 2000 – on an international level. This experience gives him unique insight into PKI and has inspired him to simplify its use for secure applications.

As co-founder and first CTO of CipherTrust, which is based in Atlanta, Georgia, Hughes spearheaded the creation of IronMail, the first secure e-mail proxy.

ICT Fund I managing partner Brijesh Pande said: “Sixscape is a truly disruptive cryptography company, with authentication and encryption solutions that enable secure and scalable communications and transactions. Sixscape’s unique distributed PKI technology has the potential to make military-grade encryption and authentication possible for large-scale deployment in the IoT and 5G era.”