WHEN low-cost carriers were introduced, it changed the travel industry forever. International travel had become affordable and was no longer something the average person needed to save up for years to enjoy.

This revolutionary change also brought about an unanticipated problem that many people (spare the visionaries) did not foresee.

Since this travel boom arrived, coupled with an increasing uptake of smartphones, travellers were now hit by high roaming charges. Malaysians either had to foot a very high telephone bill or limit their contact with loved ones at home. Neither option was very appealing to the average traveller.

Malaysian travellers needed a solution that would wipe out their roaming woes. This solution came in the form of Flexiroam Roaming Pass or Flexiroam SIM cards by Flexiroam Sdn Bhd.

This was Malaysia’s first prepaid unlimited international roaming service available for outbound travellers. It meant stress-free simplicity and freedom to stay in touch with family, friends and work for a flat rate per day, while overseas.

Pursuing big dreams
Flexiroam’s journey to the top as an industry pioneer begins with a man who was willing to take big risks and soar.

Ong always had the drive to take the offbeat path and do things a little bit differently from others. Instead of the usual route of attending a conventional university after completing high school, Ong chose to begin his career as a programmer while simultaneously completing his American degree studies online at the tender age of 18.

At 22, Ong took another risk. He turned down a lucrative job opportunity in Australia to follow his heart’s calling and start on his own path as an entrepreneur. It was a decision that many people wouldn’t make. For Ong didn’t just turn down the opportunity to work at his dream job as a software developer, he was also leaving his comfortable, high-paying career as head of Research and Development in a telecommunications company.

With his mentor David Ong’s help, Ong started Reapfield Technology, which is now the parent company of Flexiroam. Starting out with less than five staff in their team, Reapfield Technology made great strides and developed solutions for major telecommunications companies in Malaysia.

The profits were good and they made millions through software contracts. One would think the story ends happily ever after at this point. However, by now the avid risk-taker had even bigger dreams and Ong plunged into the biggest risk of his life.

Leap of faith
He decided to give up the security of million-dollar contracts to pursue a new service of becoming a mobile operator with zero experience in the industry. It was a giant leap of faith, but Ong knew he could rely on his awesome team.

When he broke the news, the team was electrified to take on the new challenge just as Ong had predicted. As travellers themselves, everyone understood the burden all travellers face in staying connected while overseas and they were keen to roll out the solution that people had been waiting for.

The team was also strengthened by the experience of past failures, namely Tumpang.my, which Reapfield Technologies had once launched as the world’s largest bulk buying website that later collaborated with Intel Malaysia. However, at the time, Ong lacked the knowledge in raising funds and marketing, and Tumpang lost its pace when Groupon came onto the online scene in 2008.

Ong had initially felt like giving up after Tumpang’s failure. Fortunately, he remembered that his team had developed a powerful roaming product while they were working on their telecommunications contracts. With confidence in his team’s 10-year experience, Ong started Flexiroam in full force. In 2011, he successfully launched Flexiroam as the first and only budget roaming service provider in Southeast Asia (SEA).

165 banks, 2 years
After the failure of Tumpang, Ong knew that for Flexiroam to succeed, he would need to apply lessons learned from past mistakes. Behind his motivation was his mentor’s advice, “Smooth seas don’t make good sailors. It is through adversity that we are moulded to be better leaders.”

With this in mind, Ong focused on raising funds and marketing, the very weaknesses that caused the downfall of Tumpang. He dove straight into the deep sea of learning about the fundraising ecosystem in Asia. He spent two years talking to more than 165 banks and other funding sources.

Additionally, Ong joined the Coach and Grow Programme (CGP), where he learned how to position Flexiroam in an attractive light in the eyes of investors as well as streamline products to improve earnings. Ong also tapped into stories from more experienced companies through the CGP. This helped open doors for Flexiroam to access markets, government agencies, and a variety of facilities to achieve their goals.
NOTE: Please register your interest to apply for CGP Season 4.

CIP to ASX
With the support from the CGP, his learnings from the past and an unbeatable team, Flexiroam became a great success. The company won the prestigious Asean Outstanding Business Award, Masterclass in International Roaming Services in 2013 and again in 2014. Awards aside, Ong says that one of the most rewarding moments was when they were listed on the Australian Securities Exchange (ASX) – an amazing feat, considering that Flexiroam was not backed by VC funding despite Ong pitching to numerous investors.

However it did receive funding from the Cradle Investment Programme (CIP).  It was a rare and incredible trajectory that shot them straight through from the CIP to the ASX. The ASX opened many doors for Flexiroam and Ong was able to share the company’s success with staff, via stock options

Today, Flexiroam services are trusted by over 300,000 roamers, helping travellers avoid over US$23 million in roaming charges. Ong’s vision is to grow bigger and become the largest budget roaming service provider in Asia.

He may well be on the way, considering that 70% of his subscribers are non-Malaysians. He also points to the launching of Flexiroam X, which enables mobile users to enjoy 4G data globally in more than 100 countries for an annual subscription of US$9.90/year.

The brand has also been enhanced with endorsement from global partners like Tripadvisor and PATA while winning World Travel Awards 2015 as the Travel Communication Provider.  As Ong says, “Flexiroam is now a trusted global brand and is winning customers from all over the world.”

It is this winning allure that has also allowed him to convince Cheryl Yeoh, the former MaGIC CEO to join his board as a non-exec director.

In summing up his journey so far, Ong says: “Building a successful business and growing it to become public listed, growing a strong team with great proficiency in each discipline and strong values,  becoming an industry pioneer, innovating and empowering others to be all they can be is a very powerful, meaningful life experience.” Inspiring words from an entrepreneur. 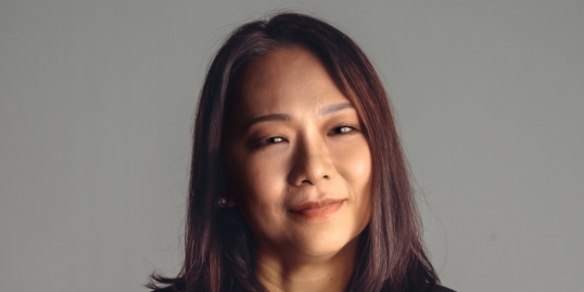