FINDING the right photographer can be one of the biggest challenges a couple faces in the lead-up to their big day.

Searching via the Internet means dozens of results to trawl through, while getting referrals from friends can only go so far, since it can all be very subjective.

Furthermore, with the growing popularity of pre-wedding photos set in overseas locations, new hassles come in: Do you look for a local photographer at the location, or fly one over?

This was the dilemma that the founders of OneThreeOneFour, Scott Ng and Eve Law, faced when they were looking for photographers to do a photo shoot in Bali for their own wedding.

“But we had a problem finding a photographer there,” says Ng, speaking to Digital News Asia (DNA) in Singapore recently.

“In practice, you typically find photographers here in Singapore and fly them over, which can be very costly.

“We thought we would just hire a photographer there [in Bali], but it was not that easy either because we didn’t know anyone there,” he adds.

The couple managed to find a few photographers in Bali, but determining prices was a new battle.

“Traditionally, the wedding photography industry is quite hidden – they don’t put their prices upfront,” says Law.

“You have to email them and ask them for quotes and things like that,” she adds.

All those wedding planning woes sparked the inspiration for OneThreeOneFour, an online platform which connects couples with photographers. The name itself is a play on Chinese words which mean ‘forever.’

They got a pioneer batch of photographers before the platform launched, after meeting them face-to-face to convince them to sign on. The rest were approached via email, according to Law.

“The photographers who were already on board would also recommend their friends to come on board,” she says.

OneThreeOneFour photographers are curated to ensure that they are legitimate, says Law.

“We will check through their portfolio and their social media channels to make sure they are legit,” she adds.

OneThreeOneFour offers some measure of protection on the payment front as well.

“Payment made upfront will not be transferred to the photographers immediately – that will only happen after the photo shoot, so clients can feel at ease knowing their money is protected,” says Law.

Photographers are free to set their own prices, with the emphasis on a free and transparent marketplace for users to find photographers that match their budgets and styles, she adds.

Currently, the platform has 1,200 users and 130 photographers across 15 destinations, according to Ng. These include neigbouring locations like Indonesia, Malaysia and Thailand, to South Korea and further afield to Australia and Europe,

One of the biggest challenges of the wedding industry is placating couples whose behaviour can be demanding or unreasonable. For this, OneThreeOneFour has a resolution centre to deal with complaints.

“If they have any complaints, they can just send them to us and we will investigate,” says Law, adding “so far, so good.”

The platform also faced the challenge of educating potential users on its service, according to Ng.

There was also the challenge of getting photographers on board before the platform was up and running. “Thankfully, they had faith in us,” says Ng.

“I think seeing us face-to-face helped a lot in convincing them that we were legit,” quips Law.

Currently, OneThreeOneFour takes a cut of each successful booking via the platform, although Ng and Law decline to reveal the commission.

The startup is currently self-funded, with no plans to look for more funding “at the moment,” says Ng.

On the drawing board are plans for ‘local-to-local’ transactions, with payments in Singapore currency. “We have had some feedback that the US-dollar pricing was not very friendly,” says Law.

OneThreeOneFour plans to launch other photography services, such as baby and graduation shoots.

“Some of our photographers don’t just do weddings, they do events as well,” says Law.

“We are trying to help our photographers open up more opportunities,” adds Ng. 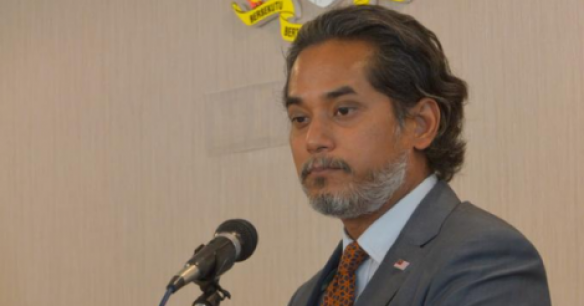