ENTERPRISES are still grappling with the usefulness and the impact of social media in a business context, but must nonetheless embrace this trend or risk losing out in the longer term, say industry observers.

According to Richard Edwards, principal analyst, software and information management, Ovum, a social enterprise puts people – customers and employees – at the top of its priority list. "Many industries struggle to differentiate on cost, and so customer care/ service and innovation become paramount," he says in an email interview with Digital News Asia.

Edwards says the consumerization of corporate IT has encouraged organizations to consider their strategies from the “outside-in.”

The Internet, he adds, has brought about "disintermediation" – the decoupling of connection between enterprises and their customers – and enterprises need to reconnect and re-engage with customers, citizens and communities and regain control of their important relationships.

Kal Joffres, director of Tandemic, a social media consultancy, notes that increasingly, more organizations no longer see social media as a layer to add on top of their existing operations but as something that they "bake" into their operations and marketing.

They do this by considering social media as something that can contribute in customer support, retention and acquisition, Joffres adds.

"I think that the consumer-facing industries like the fast moving consumer goods (FMCG) industry or airlines are the ones that have been benefiting the most from social media," he says in an e-mail interview.

"In the past year, we've also seen a number of media organizations – newspapers and television – starting to think seriously about using social media to engage their consumers," he adds.

Joffres points out that companies are also beginning to in-source social media rather than outsource it to social media agencies. This, he adds, was a good indicator of the developing maturity of the industry.

"There are a lot of things that internal social media champions can accomplish in companies that external consultants can't, especially in the area of customer support,' he says. “The function won't be entirely in-sourced, however. We're seeing a lot of partnerships where an internal team works together with an external social media team."

One trend that is gaining traction is social CRM, according to Joffres, which is loosely defined as people interacting with companies across different media, including the phone, email, Facebook and Twitter.

Joffres says it's becoming more important to aggregate information about customers across these different platforms so that they can be serviced properly.

"A major enabler is going to be how to improve the quality of social CRM solutions on the market. As companies' understanding of social media improves, so will their desire to go beyond just the number of fans or followers as a measure of success.

"Many companies already measure engagement and conversions and we're seeing many more starting to ask these questions. Gone are the days when it's okay to get 15,000 fans on a page, even if they don't interact," Joffres says. 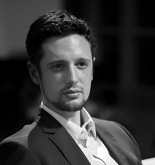 On what were some of the pitfalls and best practices for companies to consider, Joffres (pic) says the first question to ask is whether social media is right for a particular company and what that company wants to use it for.

"If you're a company that sells cement, people may not be very interested in interacting with you. [But] if you help people build their dream homes then you have a core offering that can excite people online," he says.

Joffres says if a company does not know where to start, it should begin by listening to what people are saying about its brand or the industry from online spaces, adding that social media is not about the tools but what you want to do with them.

"That should be the starting point for every strategy," he advises.

That said, the two biggest challenges facing companies, Joffres says, are helping managers understand the value social media can deliver and helping them adapt to an environment where the messaging is not necessarily controlled.

"In some cases, there are companies or managers who have not yet acknowledged that there are many areas online where the way their brand and messaging are portrayed are not necessarily under their control. This is a big mind shift," he says.

Ovum's Edwards also warns that organizations which only pay lip service to social media will quickly be found out.

"New technology is always a double-edged sword and so it needs to be wielded carefully. The IT department has spent much of its time working with sales, billing, distribution, invoicing, and the supply chain; now it must understand the needs of a new business function – marketing."