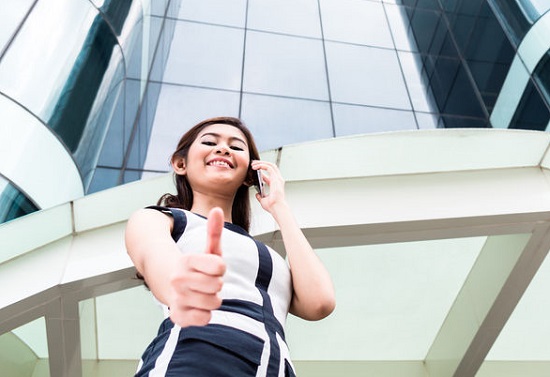 The telco has managed to get one million 4G customers – from its total of 13 million – on board since the commercial availability of the next-generation service last August, according to chief executive officer Merza Fachys.

By the end of 2015, customers in 85 cities in Indonesia were able to access 4G services, and Smartfren is targeting 100 cities this year, he told a media briefing in Jakarta on Jan 25.

Smartfren was essentially an outlier in this part of the world with its previous network technology: CDMA was competing with GSM (Global System for Mobile communications), which was the more popular standard in Asia.

The company has carved out its 4G network rollout between ZTE and Nokia Networks. Financial terms were not disclosed.

Nokia Networks is taking care of 4G base stations in Western Indonesia – namely the ‘Jabodetabek’ region of Jakarta, Bogor, Depok, Tangerang and Bekasi, as well as West Java, and Sumatra; while ZTE will be building the infrastructure in the Eastern region, including Central Java, East Java, Bali, Lombok, Kalimantan, and Sulawesi.

Nokia Networks has already rolled out small-cell radio devices in some areas such as Jakarta, Bandung, Bogor, Medan, Depok, Tangerang, Bekasi and several others in Western Indonesia.

“There are some problems that operators often have to deal with, such as the different quality of service in each region and unstable signals, especially indoors,” said Niko Sutikno, head of marketing at Nokia Network Indonesia, adding that small-cell radio technology can address this.

Meanwhile, ZTE said it has successfully tested its 2Ca (2-carrier-aggregation) application in order to provide a better broadband experience. Smartfren has also successfully implemented LTE-Advanced and 2Ca at the TDD frequency, according to Merza.

“The carrier aggregation technology allows devices to connect on two channels (carriers) at the same time, on one or more BTS (base transceiver station) within the coverage of FDD or TDD,” he said.

Meanwhile, Smartfren is also testing out VoLTE (Voice over Long-Term Evolution) on two channels on its 2300MHz frequency, according to its special project network vice president Munir Syahda Prabowo.

“The use of two channels would make optimum use of the network in order to provide faster and more stable data access,” he said.

Smartfren is “90% ready” to make VoLTE services commercially available, according to Munir.

“We are confident of launching VoLTE services either in February or March,” he said.

VoLTE allows voice calls to be carried over a 4G LTE network. Worldwide, the number of VoLTE connections is anticipated to reach two billion by 2020, from an estimated 123 million in 2015, according to Juniper Research.

The other part of the 4G LTE equation is handset availability, and Smartfren will be joining the Open Market Handset (OMH) initiative this year to drive this, according to the head of its smartphone business, Sukaca Purwakardjono.

OMH is a CDMA industry initiative adopted by operators, original equipment and device manufacturers (OEMs/ ODMs), and other vendors.

“Up to the end of 2015, about 70% of Smartfren users were still using feature-phones; the number of smartphone users was still small, less than two million,” said Sukaca.

To encourage customers to switch, Smartfren is cooperating with handset-makers Samsung, Lenovo and Hisense to provide 4G devices compatible with both 850MHz and 2300MHz frequencies.

But it will also continue to resell CDMA handsets from Chinese makers under its Andromax brand and label.

“Andromax has its own customers and segments which are different,” said Sukaca.

“While we have not finalised our 2016 targets, we hope to get at least five million current subscribers to switch to LTE 4G, as well as to add four million new subscribers,” he added.