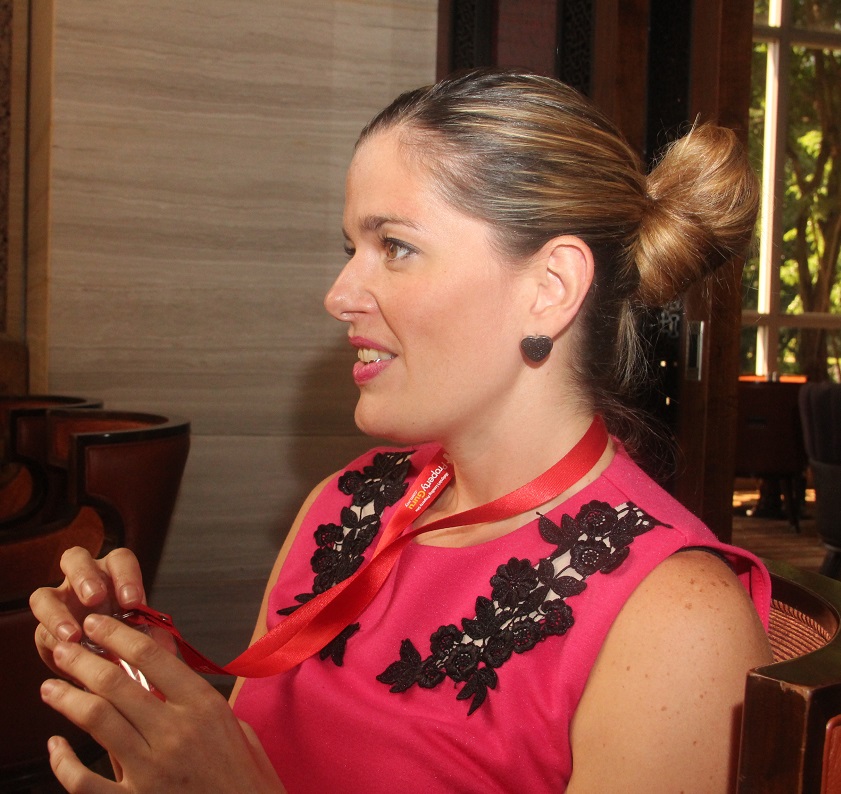 IT was said nonchalantly enough: “… And yeah, the last thing I did for the Canadian military was on designing the interface for the command and control system in their Victoria-class submarines.”

Hardly the kind of stuff you would expect from someone who works for a property portal, but that’s how PropertyGuru user experience research consultant Lisa Rehak (pic) started out – as a ‘human factors consultant’ for Ottawa, Ontario-based Humansystems Inc.

She joined them in 2004 after serving as a ‘human computer interaction’ intern at Defence Research and Development Canada, an agency under the country’s Department of National Defence. She left Humansystems in 2011 to pursue her Master’s in smart product design at the Nanyang Technological University (NTU) in Singapore. Her work there included researching user needs for solar power in rural Indonesia.

“I have done interesting projects in the healthcare domain as well,” she says, speaking to Digital News Asia (DNA) on the sidelines of the Asia Mobile & Technology Real Estate Conference (Amtrec 2013) organised by the PropertyGuru Group in Kuala Lumpur earlier this year.

In this NTU project with Singapore’s National University Hospital, Rehak helped develop interfaces for both doctors and nurses to assist them in brain trauma treatment. “That was ridiculous because we had to interview neurologists who were so intelligent; it was pretty intense.

“We had to find out the decision-making processes they go through when they’re discussing brain trauma, and try to figure out how to present that information in a more intuitive manner,” she says.

So how did she end up working for PropertyGuru? In some ways, it was a similar tale with how PropertyGuru cofounder Steve Melhuish got the idea for his business, when he was frustrated trying to search online for property in Singapore, discovering a dearth of such resources on the Web, and realised that there was a market opportunity.

In Rehaks’ case, in her hunt for property, she used PropertyGuru. “I thought it was a great site, but as I used it, I kept thinking they could do this or that better, and I started making such suggestions,” she says – enough that PropertyGuru took notice and decided to hire her.

When asked how different it was working on user experience in a Victoria-class sub and, well, for a property portal, Rehak first says, “Yeah, it was very different,’ but then thinks further, and says, “Not much, actually.”

“You have to understand the users, in their own context; really get down to see what their problems are,” she says.

The big difference comes from the amount of new knowledge you will have to learn – the domain knowledge.

“For example, I know what a property is; I know what a bedroom is, what a bathroom is. But the domain knowledge you need for military work isn’t the same, so I had to learn a fair bit about naval operations and strategic planning, and all that stuff.

“This is actually the more complicated part; designing user experiences around that,” she says.

Still, there must be pretty big differences in how one approaches the human experience in these different industries, from military and healthcare to property, aren’t there?

“Different properties will have different consumers, but everybody needs a house, right? How an investor searches would be very different from how a family would, for instance. First-time buyers search differently from more experienced buyers.

“But again, I would argue that you have that same kind of differentiation across all different types of products per se,” she says. From desktop to mobile

At PropertyGuru, where she has been for more than a year, Rehak wears two hats – she’s in charge of the agent side of things (including apps for real estate agents), and also head of the regional user experience research team.

In her presentation at the Amtrec 2013 event, she drove home the point that not only was property-searching and -buying moving increasingly online, but that it was fast moving from the desktop to mobile.

Citing data from research firm TNS, she notes that 66% of Malaysians are online. “That’s only two-thirds, but those two people are going online more often than others in the world; they’re using social networks a lot, and research brands online a lot more than others,” she says.

Meanwhile, PropertyGuru earlier said that it saw a staggering 70% growth in real estate searches originating from a mobile device as compared with three years ago.

The rise of mobile is even more pronounced in countries with developing property markets, the company said in a statement. Collectively, PropertyGuru saw 12 times the number of downloads for its mobile apps in Malaysia, Thailand and Indonesia within a one-year period since July 2012, equating to almost 1,400 downloads per day.

A large part of Rehak’s user experience work has to take this mobile shift into account, and there are differences between the desktop user experience (UX) and the mobile one.

“People on their mobiles tend to be less attentive, in a way,” she says. “If you’re at your desktop doing a search, you would probably have dedicated that time to research.”

“So you really have to grab their attention because you’re constantly competing with everything else that is going on, and not only on their phone – they could be in a queue at a store or wherever they are, or driving. Getting their attention on mobile is a lot more challenging.

“The screen size or form factor is a major challenge as well, since you can’t present the same quantity of information,” she says.

So what are key bits of information you have to display to get a mobile user’s attention?

“From a property perspective, and in terms of real estate agents, this would be the contact point of the agent; for the consumer, it’s price; location; number of bedrooms; size and photographs,” she says.

“So that’s why when we were designing our mobile UX, those were made inherently up-front and centre,” she adds.

When asked whether she could quantify how much of PropertyGuru’s development efforts was going into the mobile platform, Rehak shook her head.

“We have two teams dedicated entirely to mobile, but even the others have to pay attention to mobility aspects in their own design, and we’ve just finished revamping our backend systems to be more mobile-friendly,” she says.

In the meantime, her job is also to make UX improvements based on feedback from consumers and real estate agents, and events such as Amtrec 2013 was a great opportunity for her to interact directly with the people using her team’s designs.

“We’ve been getting feedback from a lot of the agents on stuff they would like to see – I’ve been taking down notes like crazy,” Rehak says.

Has there ever been a feature which agents have been asking for, but which PropertyGuru would have never thought of?

“Just yesterday!” she nods, adding that the real estate agents wanted a way for prices to be negotiated online.

“This is why it’s fantastic when we interact with agents, whether formally in a conference like this, or informally over coffee,” says Rehak.

“They’re both valuable, but we tend to get more creative ideas over coffee, and more practical suggestions in formal discussions. The great ideas come out over drinks,” she laughs.