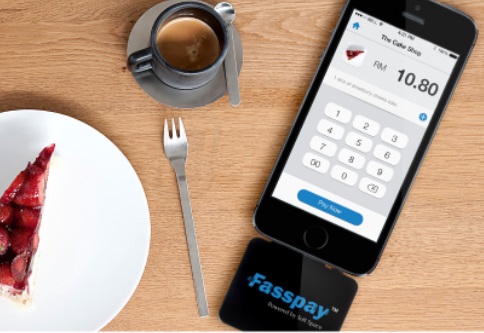 WITH 13 banks across six countries using its mobile payments technology, Soft Space International Sdn Bhd has moved to plug a “huge gap” in its offering to banks by making its first acquisition.

While declining to be specific with details of the acquisition, Soft Space founder and chief executive officer Chang Chew Soon told Digital News Asia (DNA) that the deal was a combination of cash and shares in Soft Space.

The acquisition values Fasspay in the eight-figure sum, he added.

“Fasspay’s expertise fits perfectly into the picture for us. Overnight, we now provide technology to the banks and full end-to-end merchant onboarding services to them. As a result, we can now develop long-term relationships with banks,” Chang said.

This is an important space for Soft Space to be in as it has observed that banks were not ideally suited to sell its mPOS (mobile point-of sale) terminals to smaller merchants.

“In fact, some of our customers have approached us in the past to help them sell their mPOS terminals to merchants,” Chang said.

“Our philosophy is to empower banks with our mobile card acceptance technology to support all types of merchants. Yet, traditionally, banks’ focus has been on provision card-processing services to merchants only.

“Now, our acquisition of a payment service provider such as Fasspay allows banks to grow their respective market share quicker, while providing managed services and support,” he added.

Besides being able to now directly go out and acquire merchants, Soft Space can cater directly to merchants’ demands for a slew of value-added services.

Chang said that the company is on the verge of powering an airline’s onboard shopping service.

“Our mPOS will work real-time on any WiFi-equipped plane to verify transactions, and can help to verify the chip on any credit card, even if the terminal is offline,” he said, claiming that the service will be the first of its kind in the world. Meanwhile, Chang credited the deal with Fasspay to its unique relationship with merchants, which gives it meaningful depth into these merchants’ worlds. “This is why we had to get them into our fold.”

The retail and consulting background of Fasspay founder Joel Tay (pic) has been critical in its rapid growth and unique market insight, Soft Space said.

A former information security consultant with PwC, Tay has had stints with banks, telcos, and various regulatory authorities.

He is also the founder and director of Cubic Platforms Consulting, which claims to be the region’s largest mobile device management (MDM) implementation specialist for Airwatch.

“Strategically, a parent company like Soft Space gives Fasspay an edge in the merchant-acquiring business. Our goal has always been to provide our clients with cutting-edge payment services and support,” Tay told DNA.

Soft Space on a roll, now DiGi on board with CIMB