After almost two years, Jamaludin (pic) is finally about to close the round to launch Mavcap’s Third Outsourced Partners Programme (OSP 3).

Talks are in an advanced stage with three parties, local and foreign, which will each invest matching funds of up to US$25 million into any of four local venture capital (VC) companies that Mavcap is planning to spin off by January, 2014.

The big news with OSP3 is that the Malaysian Government, despite its intention to slowly withdraw from the tech funding scene, is still willing to bet on Malaysian startups by ponying up US$100 million (RM319 million).

While the talks are at an advanced stage, Jamaludin cautions that nothing is finalised yet. “There are many things at play here, and with discussions still ongoing, some of the parties we are talking to may not like some of the terms,” he admits.

The money that will be injected by the three parties will be a combination of their own and that raised from others.

The industry grapevine has it that Catcha Group is one of the interested parties here. Jamaludin declines to confirm this beyond saying, “it’s possible.”

In March, Catcha Group had said it will be investing up to US$150 million in online businesses in the Asean region over the next five years, with announcements expected to be made over the coming weeks. However, till now no follow-on announcement has been forthcoming.

As Jamaludin first disclosed to Digital News Asia (DNA) in September 2012, the four new VC firms will actually comprise existing Mavcap employees. These four firms will each be boosted by a US$25-million injection of funds by Mavcap.

The challenge has been to go out and find other parties that will match that US$25 million so that each newly born VC firm starts with a US$50-million fund.

However, the amount given is flexible. “If any of the four only raise US$20 million, then we will match that with US$20 million,” says Jamaludin.

But come what may, by the end of December this year, Mavcap will close the first round of raising funds for the four new VCs to be spun off.

For those which do not hit the US$25-million mark, a second round to raise money will close at the end of 2014, says Jamaludin, giving opportunity to investors who miss the current round to come in then.

However, any of the four teams that can’t raise any funding will not be spun off.

The Government’s logic is simple here: While it is willing to invest in tomorrow’s potential tech star, it is demanding that the private sector match its risk-taking efforts.

This worked to a certain level in OSP 2, launched in 2006, where DTA Ventures was one of the OSP 2 partners which managed to raise RM5 million on its own. Today DTA is one of the key investors backing QuickSchools Inc, which DNA featured yesterday.

One major difference with OSP3 will be that it is not restricted to investing in Malaysian-based companies. The outsourced funds will be free to invest in foreign based startups too.

Be that as it may, in a ‘best case scenario’ where all four emerging VCs do raise US$25 million each, matching the US$25 million they will receive from Mavcap, that will mean US$200 million (RM638 million) will be available for bold entrepreneurs with big ideas. 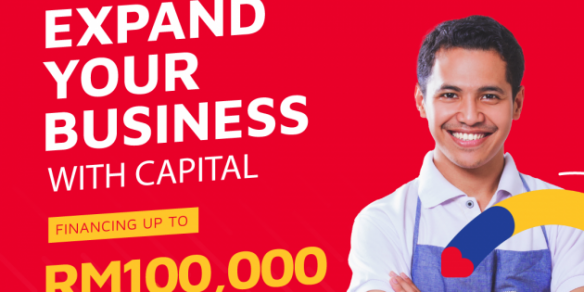