For Yeoh (pic above), the second thing that stood out about Startup Chile was the low number of applications coming in from Asia, at around 5%, perhaps because of Chile’s distance from the region.

Yet this is where she sees an opportunity. “I think Malaysia is a great place to duplicate the Startup Chile model for South-East Asian entrepreneurs.”

The people behind Startup Chile agree too, and are willing to share their template for success with MaGIC to roll out a similar programme in Malaysia.

The timing is sweet as this year, Malaysia acts as chair for Asean, the political and economic bloc that consists of the 10 countries that make up South-East Asia.

Yeoh feels that such a programme will help to bring the Asean countries closer and position Malaysia as the hub for tech entrepreneurs in the region.

And so it was that a memorandum of understanding (MoU) was signed in October between MaGIC and Corfo, the Chilean Economic Development Agency which runs Startup Chile.

MaGIC chairman Irwan Mohd Serigar was with Yeoh for the Chile visit and, according to her, came away quite impressed with what he saw and heard.

“The MOU is for us to learn their programme and for them to learn from us,” says Goh, adding that this will entail internships where both sides send staff over to learn from each other.

Beyond that, entrepreneurs who happen to be working on similar ideas will be connected to each other in the hope that something bigger can come from the meeting of minds.

The third point that struck Yeoh is the immense publicity that Chile gets for its programme. Even in 2014, four years after its launch, there have been almost 1,000 mentions globally from the media spotlighting what the country is doing.

This global spotlight on the local scene is what she really wants, well aware of how regional venture capitalists crisscross over Malaysia for their meetings in the region, and generally ignore startups here.

Yeoh feels that the launch of a Startup Chile-like programme will go a long way in removing the moniker “hidden gem” in describing Malaysia’s startup scene.

Her biggest challenge is going to be managing her stakeholders and ensuring the foundation of the programme is managed properly. She is under no illusions that the foundation needs to be absolutely right for this to succeed.

There is so much to gain though, she believes. “We are chairing Asean; it is the perfect opportunity for us to launch this and position MaGIC at the centre of tech entrepreneurship in Asean.”

If MaGIC succeeds in selling the value of this programme to the Government, it would be the first time that the Government will be giving funding to non-Malaysians with no equity in return.

To be called the MaGIC Accelerator Programme or MAP, Yeoh hopes to be able to land some private sector companies to help fund the initiative.

“We need to get private sector support for this,” she says, citing Brad Feld, a leading personality in Silicon Valley who contends that government’s role in any ecosystem is as feeder and not to be the leader.

“Government creates policy to help entrepreneurs build companies,” she says, pointing out that picking an entrepreneur as MaGIC CEO is further proof that the Malaysian Government wants to support its entrepreneurs.

It now remains to be seen if it will take this a step further and incentivise South-East Asian tech entrepreneurs to build their dreams from Malaysia, in the hope that this infusion of entrepreneurial flair will further sharpen the competitive spirit of Malaysian entrepreneurs. 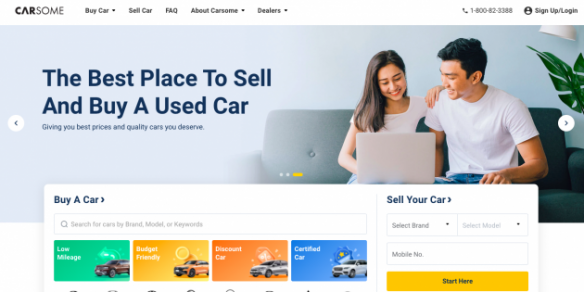