It was the first time the Malaysian Government had sponsored such a large group of Malaysian technology entrepreneurs to visit Silicon Valley and attend Stanford’s famous entrepreneur programme.

[The term 'bumiputera' includes the Malay-Muslims who make up about 60% of the country’s population, indigenous peoples, and certain native races of East Malaysia.]

Some industry players claim Teraju came into the picture because of the higher bumiputera participation demanded by some senior government officers. [Clarified]

[Read Also: 500 Startups’ Khailee Ng steps down from MaGIC board]

The effect of this created the second first: It was the first time that Stanford’s Engineering School had accepted more than 50 entrepreneurs into a single cohort of its entrepreneurship programme.

Thirty is the ideal size the Stanford people prefer for a single cohort. They were not too excited about this and made their feelings known to Cheryl Yeoh, chief executive officer of MaGIC. Nonetheless, this awkward start took nothing away from the impact the one-week entrepreneurship programme and the subsequent one-week immersion component had on its participants, claims Yeoh (pic).

In an interview with Digital News Asia (DNA), she says the entire two-week experience was designed to be “inspirational and aspirational” while helping to create a sense of community and togetherness between the 57 entrepreneurs who went.

She also wanted to help the ‘cohort’ to develop the right mindset and mentality.

Her use of the term ‘cohort’ is deliberate and goes to the heart of what she hopes will emerge from the two-week programme.

Beyond the dictionary definition of it being a group of people with a shared characteristic and experiences in a specific period of time, Yeoh intensely believes that a peer group of entrepreneurs going through the peaks and troughs of building their startups, and supporting each other along that journey, is actually the secret ingredient that sparks any ecosystem to life.

“More than the infrastructure and the need for mentors, creating this peer group is the most important building block in any early ecosystem,” she contends.

Having been an entrepreneur herself in the United States, Yeoh is well aware of the long odds of success and the hard journey.

“It is very lonely and difficult and the odds show that you are likelier to fail than succeed. So who do you talk to? Who can you talk to? Who do you want to talk to?” she asks, if not a bunch of like-minded people.

This is why co-working spaces and accelerators are so important, she believes. Bringing together fellow entrepreneurs who can talk, share, confide, rant with another who instinctively understands one’s fears, hopes and drive makes the journey less lonely and the path less difficult, and makes it less likely that one will give up even.

You cannot overstate the importance of this tenacity factor, she feels.

This bond is what Yeoh hopes will emerge as one of the key intangibles from the [email protected] programme.

“The MaGIC accelerator programmes that we are creating along with our various initiatives will all apply this principle of cohorts and community, because we believe it increases the likelihood of success for the startups.

“And it is from the early successes among the cohorts that you then start seeing mentors and alumni emerge to help those who come after them, and those who are still trying to succeed,” she says.

While the pioneer cohort of the [email protected] programme just returned one month ago, Yeoh is heartened by the early signs. “Many of the 57 entrepreneurs did not know each other but they are already forming bonds, with two or three of them having even formed partnerships,” she claims.

Even more gratifying for her is the feedback from some that, even in this very early stage, the programme has been “life-changing” for them.

“Most of them did not even realise that this ingredient was missing before,” she says, emphasising that this soft touch even overtakes infrastructure.

“The human aspect is way more important,” she says.

This human aspect is best exemplified in Silicon Valley which is why, beyond the one-week classroom sessions, MaGIC added a one-week immersion component that was optional which all the entrepreneurs took part in.

Beyond visits to the offices of tech titans Facebook, Twitter and Google, and a few small startups that had raised funding, it was left to the entrepreneurs to arrange their own meetings or ask MaGIC or Yeoh personally for help to connect to specific people or companies that could be useful to them.

“You can read and talk all you want about the ‘Pay It Forward’ philosophy in Silicon Valley, but you really need to see it in action for its significance to register with you,” says Yeoh.

She was happy to share that almost to the last person, everyone was blown away by the generosity they received from the Silicon Valley-based entrepreneurs in sharing experiences, good and bad, without expecting anything in return.

Because this is the first year of a three-year relationship with Stanford University, funded by taxpayers, Yeoh is aware of the importance of measuring any lasting impact from the programme.

“We will be conducting a six-monthly survey with them to gauge how their companies have progressed since the programme, and to what extent they attribute this [email protected],” she says.

Citing a confidentiality clause in the contract, she declines to reveal how much the entire three-year deal costs, beyond saying “in the single-digit RM millions.”

She says there are two other components to the deal with Stanford. In early March, three Stanford professors will come to Kuala Lumpur for a one-week session to train 50 entrepreneurs in a programme called Go To Market.

The selection process will open in January with interested parties told to keep an eye on the MaGIC website for details.

The third component is a faculty-train-faculty programme where MaGIC will select two universities and a combined 14 Malaysian faculty staff from them to head to Stanford for a two-week programme. There, they will work with Stanford faculty from the Engineering School’s entrepreneurship programme to co-create and teach a tailored programme for Malaysia. 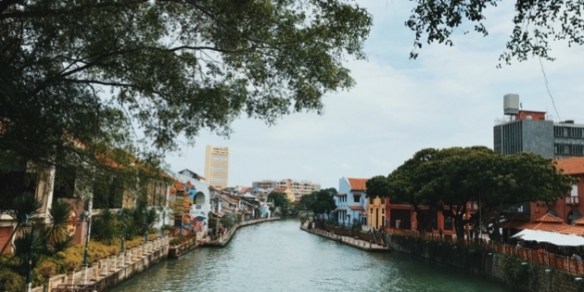