As a panellist at the monthly series organised by Digital News Asia (DNA) and the Technopreneurs Association of Malaysia (TeAM), chief executive officer Maximilian Bittner (pic) had first spoke about Lazada’s intention to move into the B2B2C (business-to-business-to-consumer) space.

“We’re now a B2C company, and will be looking towards becoming a B2B2C company – not because we want to pick a fight, but because it’s just a matter of expansion,” he had said, nodding to Rakuten Malaysia chief executive officer Masaya Ueno, who was also on the panel that discussed e-commerce.

Rakuten Malaysia was launched last November, with a major part of its value proposition being to get local merchants on board e-commerce.

In a statement released Aug 13, Lazada said it had launched its ‘Marketplace’ platform in the five South-East Asian countries it now operates in: Indonesia, Malaysia, the Philippines, Thailand and Vietnam.

Lazada said its multi-category online shopping mall has almost 200,000 listed, and is now offering a platform that would enable merchants, both online and offline, to sell their products on any of Lazada’s websites in these countries.

Marketplace would allow small and medium enterprises (SMEs), big brands, distributers and retailers to open an online shop without the need for significant upfront capital expenditures, thus lowering the risk for those merchants, Lazada claimed.

These merchants would also get access to its community of fans and customers across the region, Lazada said.

“The number of partnership requests we received made us realise the massive demand and we are glad to provide this opportunity to all merchants in the region,” Bittner said in the statement.

Bittner said he believes the platform would have the powerful “side-effect” of developing an online ecosystem which will create business opportunities supporting economic growth and job creation in South-East Asia. Via Marketplace, merchants can build their catalogue, update inventory, and create new listings in their virtual shop via a store management tool synchronised with Lazada’s back-end IT system.

Lazada would also allocate a dedicated account manager to educate merchants on e-commerce best-practices and advise them on further growth potential.

One of the early adopters was Pineapple Computers (pic), a well-established electronic retailer in Malaysia. Its founder and managing director Mark Lim said that his company was facing aggressive competition from larger players.

“[That] as well as high operating costs, limited our ability to expand the business, even though our prices were competitive,” he said in the statement issued by Lazada.

“With Lazada’s Marketplace, its capable workforce, logistics management and delivery system, we have grown the business by 38% and now have visibility with hundreds of thousands of Malaysians who were inaccessible to us previously,” Lim added. “Pineapple has entered a new frontier.”

Even major players such as Philips Electronics has come on board. Siriwan Nitkitjatorn, general manager of the Consumer Lifestyle Sector at Philips in Thailand, said, “Philips will partner with Lazada to make our innovations even more easily accessible to consumers, allowing them to enjoy our products wherever they are.”

“Philips has always designed our products around the needs of the customers, and nowadays the ability to use an online distribution channel is part of those needs,” she added. 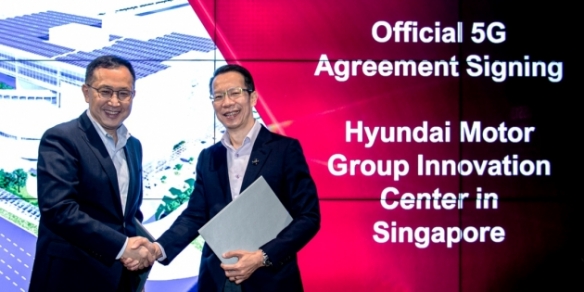