GUSH Ventures, the venture arm of social media marketing startup GushCloud Pte Ltd, believes it has the right ingredients to make its hackathon a success and not have it turn it into one of those “hit-and-run” hackathons.

“With most hackathons, not just in Malaysia but all around the world, the party ends as soon as the winner is announced. You take part, you win the prize, and that’s it. There’s no follow-through,” said Gush Ventures business director Cedric Tzeuton.

Its hackathon, dubbed Hackademy, will take place in Kuala Lumpur from May 24-25. Over 24 hours, some 300 participants in approximately 60 teams will work to develop practical web and mobile applications that are both socially relevant and commercially viable, Gush Ventures declared.

The winning teams will be entitled to prizes worth over RM500,000 (US$155,340), courtesy of sponsors such as Tune Talk, Carat Malaysia, Microsoft, Media Prima Digital and others..

According to GushCloud cofounder Vincent Ha, Hackademy is a platform for participants to network, and also a platform for the sponsors and organiser to have access to a pool of talents.

“With this hackathon, we hope that we can provide a platform for our participants to network with key industry people as well as investors. We also hope to give them the opportunities to transform their ideas and concepts into a successful company,” he said.

Besides prizes, the winning team may be incubated by Gush Venture -- it will help the team set up a company, get the necessary funding, and further enhance the product, Ha said. However, he also stressed that winning the hackathon does not necessarily mean the team will be incubated.

“Sometimes, you get teams which love to develop products or apps but which are not interested in setting up a company,” he said.

Although the corporate structure of Gush Venture has not been finalised, Ha said he hopes that the unit would be able to start incubating two to three companies over the next 12 months.

“The corporate structure of Gush Ventures has not been finalised as we are still in discussions with a potential partner in this business unit,” said Ha, who added that an official launch of Gush Ventures may be held by the end of this year.

With large companies on board as sponsors, as well as the National ICT Association of Malaysia (Pikom) as official supporter, Hackademy looks to be starting off on the right note.

“One of the reasons why some hackathons are just a one-off events and have no follow-through is because of lack of support from partners,” Ha said.

Although incubating teams with great potential is part of its game plan, Gush Ventures does not see the need to filter participants prior to the competition. It puts Hackademy in the position to attract people who “love to develop products or apps but who are not interested in setting up a company”.

Ha isn’t too worried about the above issue, saying that the best talents and ideas are usually identified through competition.

“The hackathon competition itself is a filter because everyone competes in the same 24 hours and the judges get to see everyone’s presentation and prototypes. Adding a filter would mean we are trying to determine the top 10 teams to join the competition before the competition starts..

“In the past two hackathons we ran in Singapore, we were glad we did not pre-filter participants. One of the top teams was a group of students from a local high school. By most criteria, they would have been judged as inexperienced or even too young to start a business.

"However, at the hackathon, they impressed the judges with their maturity, ideas and prototype and was eventually one of the top three winners,” said Ha.

“I can understand the tension between ‘anything goes’ and ‘best talents/ ideas.' Anecdotal evidence from the numerous tech companies organising hackathons around the world as a mean of filtering talent and ideas, as well as ecosystem development, suggests that there is merit in not filtering participants,” he claimed.

Nevertheless, it does not mean that just anyone can join Hackademy. One of the judging and submission criteria was that the prototypes had to be shown on mobile devices. This means that every team needs to have some level of mobile development capability.

There are also submission criteria for specific prizes. For example, Tune Talk’s challenge prize in Hackademy would require participants to build something related to gaming.

Fifth edition of DiGi Challenge for Change kicks off 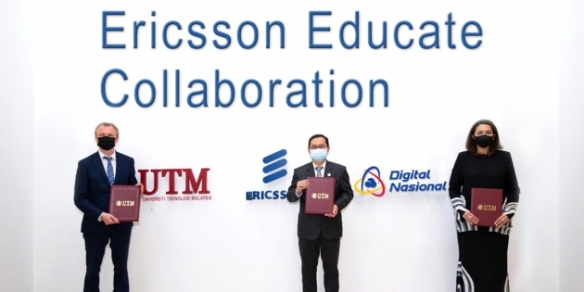