FOR all the convenience digital communications offers, there’s much to be said for the delight that comes with receiving something in the mail the old fashion way.

But the main problem for those who wish to do so is the hassle that accompanies the process of sending something like a personalised card through the postal system.

In an age when almost everyone is accustomed to the ease of a few clicks to stay connected with friends, one startup is trying to revive the tradition of sending physical cards, with technology lending a helping hand.

In an interview with Digital News Asia (DNA), Trinerva Technology co-founder Chris Lim (pic) said that the idea came about from his personal frustrations in trying to commemorate birthdays and anniversaries.

“We always list down all our friend’s birthday or an anniversary on our calendar, but always tend to find we do not have enough time to get them anything -- therefore, to make them feel 'special', we would send a card rather than a simple SMS wish,” he said.

Never mind getting to the post office -- the process of trying to create a personalised card alone proved frustrating, with Lim discovering that there was no tool that gave a user an easy way of creating a card using a photo posted on a social network.

“The process is too long and I eventually gave up,” he said.

So with this problem in mind, Lim along with co-founders William Wong and Clement Lee, created iPrinz, a social app platform that enables users to send out personalised cards direct from their mobile phone. 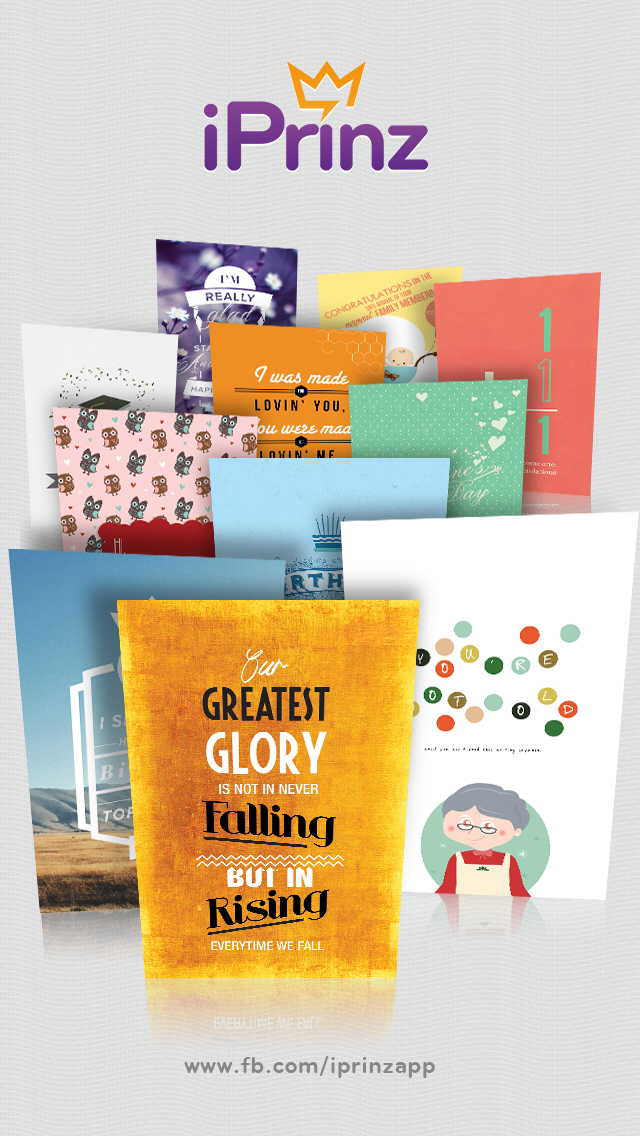 The Trinerva team boasts domain expertise in the .Net framework backend and mobile content, with Lim graduating from RMIT University in Australia with a degree in Applied Science – IT. Prior to founding Trinerva, he had stints at SFI Solutions Sdn Bhd, MyEG services and mTouche Technology Berhad.

To pay the bills, the company also does work in the enterprise space, having developed its own enterprise middleware platform called Trinerva Mobility Middleware.

iPrinz is Trinerva’s first mobile app offering under its own brand, with the initial version of the product first launched in November of last year.

The first iteration was a lean offering and was not equipped with backend functionality, meaning the app could only send out electronic cards.

The latest version was launched in early May and constituted a total revamp, with the team pulling in a designer from web consultant company FFF to handle the user interface design; backend features and payment gateways were added to enable the app to become a total end-to-end solution.

In terms of the technology used for iPrinz, Lim shared that the app was developed natively using Apple iOS's Objective C while all backend transactions are hosted on Microsoft Azure, as Trinerva is also a member of Microsoft’s Bizspark programme.

The BizSpark program provides technology, support, visibility, and community to promising startups and entrepreneurs at no charge.

“Azure also allow us to scale further to other countries and cater for a sudden increase of transactions during festive seasons,” Lim said. Since its debut in May, the iPrinz app has garnered over 500 downloads with over 200 cards sent out.

When asked about the competition, Lim said that this kind of app mostly exists in more mature markets such as the United States and Europe, with a few offerings already in the market such as Sincerely Ink and HazelMail which operate in the United States, and Inkly in the United Kingdom.

“But for us to use the service, the first problem is that card delivery takes a very long time to reach Asia; secondly, the postage is expensive,” he added.

The unique value proposition with iPrinz, in addition to an easy interface and system for creating and sending physical cards, is that it allow users to link to social networks and create the card using a photo from their Facebook, Flickr or Instagram accounts.

For users in Malaysia and Asia, the service is appealing thanks to payment support for credit cards, local or international, along with ipay88 and online banking transfers from Maybank and CIMB.

On the product front, the team intends to transform iPrinz into a better social gifting platform which would enable users to create a wider range of personalised products such as greeting cards and t-shirts.

As committed as the team is to realising their goal of making iPrinz the de facto place for personalised gifts, Lim admitted there are many challenges for a bootstrapped team where all founders hold equal equity.

“For iPrinz, the key challenge is convincing people to reconnect with this almost forgotten ritual of mailing out a physical card again. We have to educate the market and let them know that this time, it can be much simpler and faster,” he said.

On the business front, the team is actively looking for investors who share their vision and would offer support in expanding the product.

“Funding is always the toughest thing; you need to get money and make sure everyone survives and make sure staff gets paid,” said Lim.

“We will try to expand the team and get in more developers, and also are focused on expanding iPrinz to the wider Asean region and China, as well to gain exposure and sales,” he added.

When asked what keeps him motivated, Lim replied: “Every day when you wake up, you think about what you did yesterday, and how you are going to do it better today.”