SOUTH Korean startup VCNC Inc is rolling out its ‘Between’ mobile app for couples in a big way in South-East Asia, beginning with Singapore where it has launched its first campaign, in partnership with premier dining guide OpenRice.

Between allows couples to share photos, text messages and voice messages with one another, in their own ‘private’ social media space. Competitors include apps such as Avocado, Cupple and Duet.

Earlier this year, VCNC first expanded beyond its home base of Korea to open an office in Tokyo. On Oct 10, the company brought on board former e27 editor Joash Wee as general manager of its South-East Asia operations.

“Between has identified South-East Asia as a region of interest because we have seen strong organic growth here over the past year,” Wee told Digital News Asia (DNA), noting that 7% of its 4.6 million downloads come from the region, which he argues shows that the app works in the region and thus there are opportunities to explore.

Between launched with an open beta in November, 2011 and officially went live with its first full version in March, 2012. VCNC claims that Between delivers over 840 million messages and adds over 8.4 million of what it calls ‘precious moments’ captured in photo each month for couples worldwide.

“Of all the markets in South-East Asia, Thailand, Malaysia and Singapore [in order of market size] have consistently appeared in the top 10 markets for Between users. This has prompted us to zoom in on these three countries as the start of our South-East Asian expansion,” Wee told DNA via email.

“That said, we understand that South-East Asia as a market is still one or two phases behind South Korea and Japan, where Between already has strong business partners and share of the market. As such, our initial plan will be to focus on user acquisition in South-East Asia, working with strategic partners that can help us increase our growth.

“We see this as an early investment into the region, where Between will be able to establish a strong grip of the key markets in South-East Asia as they develop,” he said. Between’s top five markets in terms of downloads and the percentage of downloads that originate from there are South Korea (60%); Japan and China (10% each); South-East Asia (7%) and the United States (5%).

It plans to open a Singapore office in early 2014 that will be its base of operations for South-East Asia.

“Between’s first international office was opened in Tokyo early this year and has since grown from a single general manager to include another full-time employee and two other part-time members,” said Wee (pic).

“Within less than a year of operations, the Japan team managed to more than double the number of users there and we have plans to increase the number of employees in Japan.

“I believe we will see a similar trend for the Singapore office, although the timeline may be different as the stage of the market here is slightly different compared with Japan,” he said, adding that VCNC has a total of 22 full-time employees.

Romance in the air in Singapore

From November 2013 to January 2014, the two companies will run three food-tasting sessions where they will invite 12 shortlisted couples to participate and review selected restaurants in Singapore. 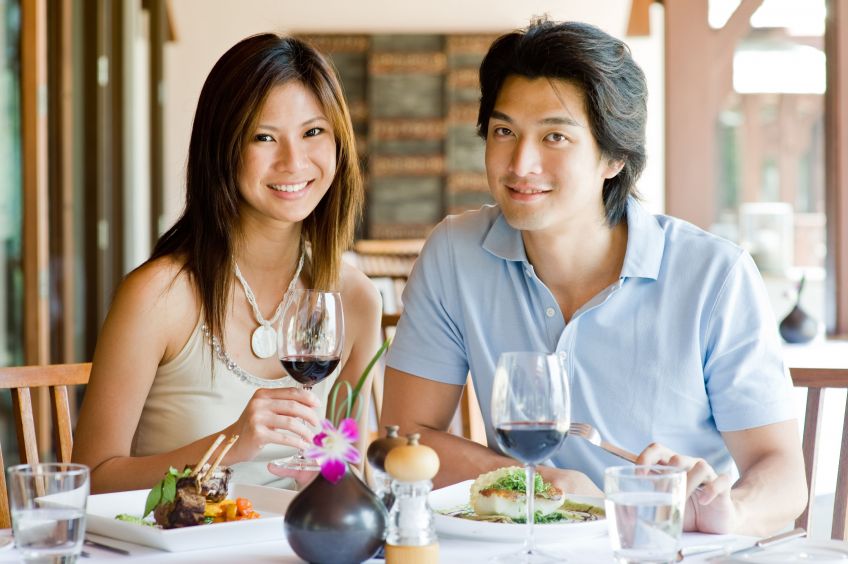 The best couple food critic will win a romantic Valentine’s Day dinner in February 2014, the companies said in a statement.

Between will also be looking for the most popular Between couple in Singapore. One of the 12 shortlisted couple will be selected as ‘Between’s Favourite Couple’ through popular vote on social media, and stand to win a special Valentine’s Day treat.

OpenRice.com features a comprehensive restaurant search engine with over 24,000 F&B (food and beverage) listings and more than 65,000 user-contributed food reviews in Singapore. It also has a presence in China, Hong Kong, India, Indonesia, Malaysia, Philippines, Thailand and Taiwan.

“OpenRice is a platform for people to create meaningful food memories across Asia and through our partnership with Between in Singapore, we hope to engage couples who are looking to discover new dining places for their next date,” OpenRice Singapore country manager Kenett Wong said in the joint statement.

“We already have couples and spouses teaming up to write food reviews on OpenRice, and it would be interesting to see how this partnership will drive more of such engagements,” he added.

This is the first official campaign that Between is running in South-East Asia since hiring Wee to lead its expansion into the region.

“Right now, Singapore is the only country in South-East Asia where we have begun to work with partners,” Wee admitted. “This includes working with food journaling app Burpple, mobile commerce application Carousell and now food guide OpenRice.”

“At the same time we are researching and shortlisting potential strategic partners in Malaysia and Thailand, and hope to have more news to announce within the coming months,” he said.