CONTRARY to what many frustrated entrepreneurs might believe, there isn’t a shortage of available funds for budding startups in Singapore or even in the South-East Asian region.

The problem lies in the number of investment-ready startups for investors to be comfortable enough to take a bet on, according to Dr Alex Lin (pic above), the head of Infocomm Investments Pte Ltd (IIPL).

“It’s not that there isn’t any money for innovative startups, the fact is startups cannot raise funding because they are not deemed ‘good enough’,” he said at a briefing and networking session on corporate accelerators hosted by the Infocomm Development Authority of Singapore (IDA) last week. IIPL is the IDA’s investment subsidiary.

“According to Hong Kong's Asian Venture Capital Journal, in 2013, there was US$24.1 billion in venture money available for Asia, but only US$1.7 billion was invested in Singapore which accounted for 90% of total tech investment in the Asean region,” he added.

The Nikkei Asian Review reported that the figure surpassed the money invested in Japan's tech startups, which totalled US$1.15 billion last year, for the first time. The tally for all of South-East Asia was US$2.1 billion, a 20-fold increase from 2011.

“The reason ‘good’ startups cannot ‘happen’ is because they lack access to resources to quickly validate their products and business models, not because of inadequate funding,” said Lin.

He said IIPL realised it could not just ‘sit back and wait’ for growth-stage ready startups to appear. A proactive approach was required and that necessitated a mindset shift from ‘hunting’ startups to ‘farming’ them.

IIPL began experimenting with the accelerator model as a means to achieve these goals, mainly via an investment into the Joyful Frog Digital Incubator (JFDI.Asia) run by Hugh Mason and Wong Meng Weng, founded in 2010.

In March 2014, JFDI.Asia announced that it had secured capital commitments totalling S$2.7 million (US$2.1 million) from an international consortium of investors anchored by IIPL.

“Via our experiment with JFDI, we realised that this is a good model for growing startups, but the problem is that running an accelerator is not cheap,” said Lin.

He said that for any investor, the lingering worry is whether they have paid too much, and in IIPL’s own evaluation, it focused on three key questions: Is it fixing a market failure? Is the quality of work good? Is it local enough to fulfil the objections as a government investment vehicle?

Lin argued that accelerators do address a market failure as incubator programmes are focused on keeping the startups with them – the business model there is essentially a property play, with revenue garnered through rent and services rendered.

A fundamental flaw in the incubator model is that returns on investment are only reaped if the startups stay ‘within the family’ instead of being kicked out to venture forth on their own.

And while the operational expenditure of accelerators is high, Lin said that IIPL’s own investigation of the numbers revealed a healthy return on investment (ROI).

“We found that before our involvement, every dollar put into an accelerator generates five times an ROI, and after we put in money, the ROI doubled to 10x. So we know the money invested becomes very valuable,” he declared.

As for the local element, Lin said that previously, many discussions and events on innovation and startups garnered higher attendance from foreigners living in the Lion City versus locals, but that is no longer the case.

“They used to say that it’s the foreign entrepreneurs who are hungrier, but that’s not the case,” he said. “We have a lot of local startups – just look at the number of companies registered in ACRA (the Accounting and Corporate Regulatory Authority).

“Local participation and competition have gone up, and we’ve seen an increase of 12% to 30% in the last few years in terms of the number of active startups.

“There are a few accelerators based in Geylang that are doing well, with almost 100% local enrolment.

“So we’ve had a good experience with accelerators and find it to be a worthwhile investment,” he added.

Missing piece of the puzzle

But while accelerators have been established to be the preferred method of ‘farming’ investment-ready startups, there is still the question of resources.

Lin said that this is where corporations hold the key to the entire acceleration initiative currently being promoted by the Singapore Government.

Corporations are under pressure to spur innovation internally, an unenviable task when the trend is to look for big innovation over incremental improvements in order to better reflect progress on report cards.

As noted by Lin, corporate environments and structures are not conducive to innovation that for the most part, are inherently disruptive, especially when staff members are expected to consistently deliver a product or service; this tends to push innovation to the sidelines.

“There is a mismatch between expectations and practicality. And while startups are good testbeds for disruptive products and business models, they would never be allowed to disrupt in a corporate environment.

“This makes for an interesting opportunity in how to bridge the two worlds, and no one is seriously doing this yet. Some companies have tried it, but it’s more a form of marketing than anything else,” he argued.

Lin accused the Microsoft BizSpark programme as being one such example, and while in itself a form of innovation, it’s more of a marketing play; while IBM with its outreach efforts for its Watson ecosystem is pretty much the same.

“It’s driven by this thinking that ‘the more you use my product, the better it is,’ and that’s a marketing push and is not about innovation as it is about converting customers,” he argued.

One successful example that Lin has encountered is the partnership between Barclays and Techstars with a corporate accelerator programme focused on financial technology.

“They provide the infrastructure and startups build on this, and this has resulted in a flow of new services being launched, which latch onto Barclays’ infrastructure,” he said.

An initiative that is shaping up closer to home is the recently launched Unilever Foundry (pic), a global startup community engagement programme that Unilever hopes will help innovate and solve marketing challenges.

Lin said that corporations bring three crucial opportunities to the table for startups: An established customer base; existing infrastructure; and deep domain knowledge of their respective industries.

“With access to these three things, startups become investable and viable, while corporations can fulfil their need to incorporate more innovation in their business.

“In addition, from the corporate perspective, it is a collaboration that is easier to justify as they can spend less and get returns in kind, and this doesn’t reflect on profit and loss statements,” he added.

As part of its ongoing efforts to promote collaborations between corporations and startups, in June 2013, IDA launched the Partnership for Capability Transformation for infocomm sector (iPACT) programme.

Ong Lay Peng, deputy director of enterprise development at IDA, said that the initiative actually started with the manufacturing sector, which proved successful enough that the scope was soon expanded to include the ICT sector.

“Today, we have about eight corporations from the telecommunications, technology and even gaming sectors as partners, and about 20 startups working on various partnerships,” she said.

One of the purposes of the programme is to build up indigenous capabilities in providing solutions to market gaps in Singapore. iPACT also works with local small and medium enterprises (SMEs) in addition to startups.

“The challenges we face as a nation are no different than the challenges faced by other nations, so it stands to reason that solutions which can solve our problems can solve others and find a worldwide market,” said Ong.

“A barrier to innovation is the ability to ‘cross the chasm’ from idea to practical reality – a , good idea becomes great when it meets the right problem, but the ability to take the first step and get early adopters is a tough one for many startups, especially in Singapore where the early adopter crowd is a tough bunch to impress.

“That’s where iPACT comes in – we take it beyond the accelerator and offer a pathway with a startup’s minimum viable product to gain that first deployment or pilot,” she added.

While Singapore is already known as an attractive location for establishing a regional hub for many multinationals, the expected accompanying rise in the number of jobs created is not as high as many would assume.

“There is a lot of economic impact of course, but when it comes to job creation, the bulk of it is driven via SMEs. This places great emphasis on ensuring the work we do is impactful in growing the ecosystem and encouraging the creation of new companies and ventures,” IIPL’s Lin said.

Government’s role in the startup ecosystem 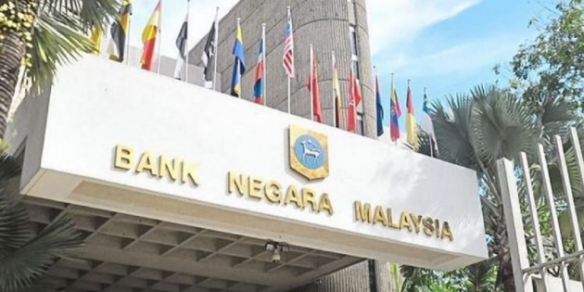