AS a country tucked away at the end of South America, Chile is both isolated and has a conservative culture where entrepreneurship is not encouraged.

“In fact, if you are around the dinner table and share your dream of being an entrepreneur, you will be talked out of it,” says Bangkok-based Jaime Rivera Guzman (pic), Trade Commissioner of ProChile, during the Global Startup Youth event in Kuala Lumpur in October.

ProChile is the government agency responsible for the country’s trade policies.

Guzman was taking part in a gathering by UpGlobal, a non-profit dedicated to fostering entrepreneurship, grassroots leadership and strong communities. Its mission is to make the world a more innovative and prosperous place, a community at a time.

For a nation that is considered among the most export-oriented in the world, this culture and mind-set that discourages entrepreneurship had to change.

The Chilean Government then did something quite interesting: It decided the fastest way to inject a dose of entrepreneurial spirit and innovative thinking into the country was to import it through young, entrepreneurial-minded people from all over the world.

StartUp Chile was conceptualised as a seed accelerator in 2010 and was launched the next year. Startups that get into the four-month programme are given US$40,000 in seed money which they spend in Chile as they build their products.

The target was to see 1,000 startups going through the programme by the end of 2013, a target it is on track to meeting. There is an intake of 100 startups every four months.

In the process of building out their products, these foreign entrepreneurs hire Chileans, interact with the business community, engage with universities, and live and mingle with the locals.

The Government hoped this sharing of ideas and mingling with the local ecosystem would infect Chileans with an entrepreneurial mind-set too.

How successful is the audacious experiment after three years? How did locals take to their Government giving away US$40,000 to non-citizens, even though the money is then spent in the country?

Guzman says that the money allocated for the programme actually comes from a cess fund from mining and minerals companies, and thus was not from public coffers.

“On the programme’s impact, after three years, we are seeing the early signs of society beginning to change,” he adds.

In the universities, academics are starting to work more with industry as they begin to realise that society and industry have little interest in the research that they come up when it’s not in touch with society and business needs.

But more promising is the change Jaime says is happening with the young. “We are starting to see some among our youth think more globally when talking about their business ideas, and this is really exciting for the Government,” he says. “You can feel the change, and it is magic.” Critical mass of energy and ideas

YouNoodle chief executive officer Torsten Kolind (pic), who acts as a mentor for the programme and flies into Santiago regularly, points out that the Global Entrepreneurship Monitor has picked up on substantial entrepreneur activity in Chile and feels that, given the scale of the programme, some credit goes to StartUp Chile.

YouNoodle is a company that helps startup founders get advice, prizes, and opportunities from its network of startup competitions. It also works with universities, accelerators, corporations, as well as governments.

“I love my time in Chile because you can just feel the energy of the entrepreneurs from the programme, and because of the high concentration of international startups in Santiago, you feel an energy there that you don’t get in other Latin American capitals,” he notes.

“The fact that 66% of the startups come from around the world (the rest are local) shows that they are very serious and committed to the programme when they come in,” says Torsten, dispelling the notion that some may be coming just because of the US$40,000.

With all the teams working in a donated mansion with 120 workspaces, this critical mass of like-minded entrepreneurs in the same space allows for a high degree of interactions and sharing of ideas and energy.

And just like other accelerator programmes, the alumni of StartUp Chile are already connecting among themselves and offering help and connections where possible.

With the Chilean Government happy and likely to extend the programme beyond 2013, and with entrepreneurs from around the world fighting to get in – there is only a 7% acceptance rate – it remains to be seen if other governments come up with similar programmes. 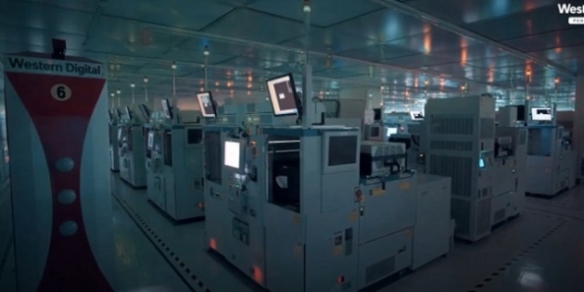