IF you missed it, there is a new accelerator in town, BootstrapAccelerator Asia, and it will be run by an old hand, Andrew Wong of MAD Incubator.

Wong first got involved in the incubator space back in 2002 with the MCA ICT Resource Centre or MIRC. The MCA, or Malaysian Chinese Association, is one of the component parties of the Barisan Nasional, the ruling coalition in Malaysia.

While that initiative did not go anywhere, Wong has remained committed to the startup space, especially the incubator niche. Now he gets to play at the regional level with his joint-venture with Silicon Valley-based BootstrapLabs positioning BootstrapAccelerator Asia as the first South-East Asia focused tech accelerator with a Silicon Valley Fast Track programme for its most promising candidates.

BootstrapAccelerator acts as the feeder system for BootstrapLabs, with startups spending 12 months in its programme before they run independently.

Its first intake will be announced later today (July 3) at its official launch ceremony in Cyberjaya, where BootstrapAccelerator Asia is located within the grounds of Multimedia University. 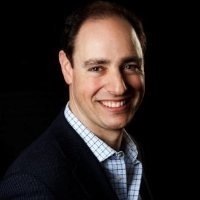 Representing BootstrapLabs will be Benjamin Levy (pic), one of its founders, who told Digital News Asia (DNA) earlier that it believes it has the right model to help startups from all over the world.

Basically, the startups it chooses to work with can tap the home-ground advantages of their own countries while supersizing their global ambitions by immersing themselves in the pixie dust that seems to permeate Silicon Valley.

The idea is simple enough. “Look, there are smart people everywhere and innovation can happen anywhere. But to grow that innovation successfully, we feel that Silicon Valley is one of the best places in the world, especially when it comes to tech-based innovation,” he said.

The ‘we’ Levy refers to are Nicolai Wadstrom, chief executive officer and founder of BootstrapLabs; Timo Lehes, a founding partner; and Levy himself. All three are Europeans who have relocated to Silicon Valley and now work to bring promising startups from around the world to Silicon Valley to help them tap the right networks to realise their global ambitions.

Specifically, what happens is that when they come across a firm with global potential, they will require that at least one founder move to Silicon Valley. “They will be there to drive the funding, strike strategic partnerships, foster product innovation and drive scalable product market fit which changes at different stages of the business,” Levy said.

They have relocated startups from very early stages – some had only two or three staff; others may have had some customers, a product, or even merely alpha and beta version of their software.

The advantage of the founders who stay back are that they access the talent pool of their country, tap the universities and inspire entrepreneurship.

Levy referred to Prezi, an early startup that did the same thing. Touted as a promising startup today, about 25 of its employees are in the Valley, with 80 more in their home base in Hungary.

BootstrapLabs’ interest in South-East Asia is easily explained. “We have moved here because we have a global model and believe that innovation is bound to happen here too. When it does, we want to spot it early and move some of the founders to the United States,” he said.

That is going to be the carrot for the entrepreneurs who go through the programme here. At the same time, it will also be a large pull factor for entrepreneurs to join its US accelerator. After the US market, it is the Asian market that startups are keen on next.

The establishment of BootstrapAccelerator Asia nicely positions BootstrapLabs in this case. “With the world becoming more connected, startups want to have a global view and insight into what is happening; we want to help them connect the dots,” said Levy.

Expect those dots to lead to some Silicon Valley based startups in Kuala Lumpur in the future. 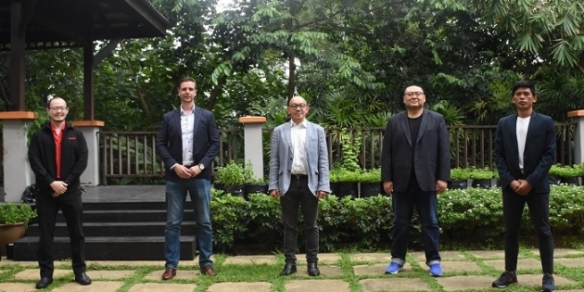