A little bit of culture and MaGIC at [email protected] 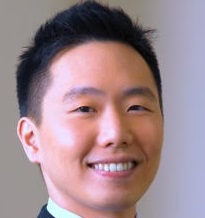 WHEN I first started Wobb.my, I struggled a lot trying to convince people that companies should care about workplace culture.

Some told me “small businesses don’t care about culture,” or asked “what pain point are you addressing? Malaysia is not ready” or “your business is not very scalable; the market is too small.”

But how can the market be too small? Every company has its own unique workplace culture. But how do I explain it? Or is it true that employers in Malaysia don’t care about culture?

The answer to these questions actually came to me from a place I never expected to be when I first started Wobb.my: Silicon Valley.

How did I end up there? I was lucky to be a part of MaGIC’s first ever [email protected] programme, in November 2014, in which a small group of startups were brought to Silicon Valley to attend a course on entrepreneurship at Stanford University.

But what really made the MaGIC (the Malaysian Global Innovation and Creativity Centre) programme exceptional was what happened in our first week, before classes even began.

I learned what company culture meant in Silicon Valley because there were visits to many different startups, and we got to meet their founders along with the people who work there.

Aside from visits to well-known companies such as Twitter and Facebook, it was meeting the people at some of the younger startups that was really insightful for me.

Culture is a big thing in the Valley. It’s a word often used to explain how groups of people behave, or are expected to behave, along with mindsets and attitudes. Startup founders use culture to drive business behaviours and attract ‘the right talent.’

And I emphasise the term ‘the right talent’ because there isn’t a right or wrong culture; there are just different cultures. Comparisons were drawn between how the culture at Google was so different from the culture at Apple, yet both companies attract amazing people.

Linda Hall, one of our mentors at Stanford University, said, “It’s well understood and agreed to in Silicon Valley that when a company fails, it’s because the team failed.”

So being able to attract good people with the right culture fit is really important to the success of any business.

I think when Malaysian businesses talk about workplace culture, many believe it’s about company perks, or beanbags, or flexi-hours.

But it’s not. Workplace culture is all about behaviours and the mindsets of your employees, so it’s something businesses obviously do care about, and every company already has its own unique culture.

When we returned from the Stanford trip, a group of us were asked to be part of a sharing session about the “Culture of the Valley.”

It was a way for us to share our experiences with other entrepreneurs here in Malaysia, about the mindsets of the people in the Valley, and how we can learn from some of these attitudes and adapt them here in Malaysia.

Over time, I believe more and more people will understand the importance of culture, and why it should be a priority, instead of being a “nice to have.”

Since launching Wobb.my in October 2014, the demand from employers writing in to join the site have exceeded my expectations. Perhaps many Malaysian companies do care about workplace culture, but they just never had a place to showcase this.

I believe the market is bigger than what some might think.

Derek Toh is the founder of Wobb.my, a site dedicated to help young jobseekers find employers with the right culture for them. Previously an associate director at Robert Walters and auditor with EY UK, he is a strong supporter of initiatives that improve innovation and education in Malaysia. He can be reached via Twitter as @detohchi.