You need to know where the stones are 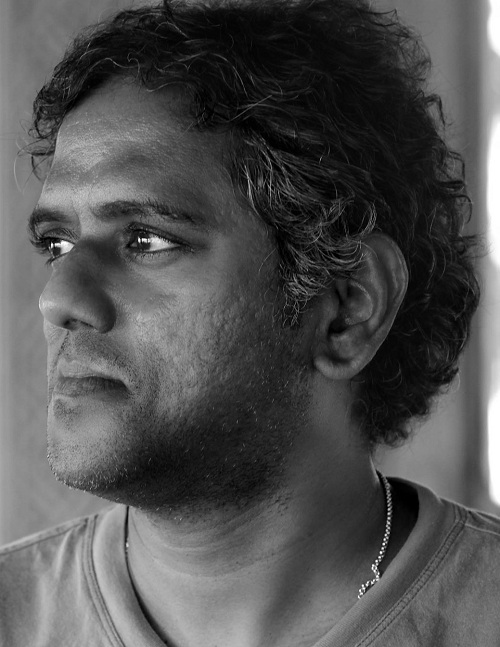 ONCE upon a time, there were two senior monks who lived by a river. Every day, they would row their boat to the middle of the river, sit there and watch the day go by. On some days, they fished for their food.

One day, a young monk joined them as their apprentice. So the next morning, the senior monks decided they needed to get some food and got the apprentice to help them load the boat, and off they went.

Midway through, the senior monks realized they did not have bait for the fish. Apparently the apprentice monk forgot to pack it.

So the first senior monk stepped out of the boat, walked to shore, picked up the bait, walked back, climbed into the boat and started fishing. Next, they realized they hadn’t brought water to drink, and it was a hot day. Feeling guilty, the apprentice monk volunteered to go and get some water. He stepped out of the boat, and to his horror, started sinking. The senior monks had to pull him up before he drowned.

Feeling a little embarrassed and at the same time glad he was alive, he told the senior monks, “But you guys walked on water!”

The first senior monk said, “To walk on water, my son, you need to know where the stones are.”

I am sharing this little story that I read many years ago (I can’t remember the source) with you to set the stage for my series of articles on entrepreneurship. I will be sharing some of my experiences to first-time entrepreneurs, hopefully showing them where some of the metaphorical stones in venture creation are.

One of the first stones a first-time entrepreneur needs to become aware of is what one of my mentors in Cambridge would call the Credibility Gap.

Many a time, young entrepreneurs ask me this question: Should they go to as many events and talk up the start-up life, or should they just bury their heads in their computers and build the product and business?

Firstly, I am always wary of one-size-fits-all answers or mantra-like pronouncements. I am not a fan of ‘gurudom’ either.

There are two schools of thought on this. Some of my friends who are also entrepreneurs suggest that the entrepreneur puts his head down and focus on building the business instead of playing social butterfly. I agree with this approach -- up to a point.

In my view, this approach is akin to asking a child to go and study for the exams and not bother with anything outside his syllabus. This is what very much happens in our Asian culture. I, on the other hand, have a slightly different view of this thinking.

The credibility gap means not knowing or having the necessary network to help you in your next level of growth. These other people you reach out to can be funders, advisors, co-founders, developers, dealmakers in new markets, etc. These are people whom you need in order to be successful.

But, you won’t know who they are from the outset, though you may have a rough idea.

This is why the credibility gap to me is one of the most important gaps the entrepreneur needs to be aware of as soon as he embarks on an entrepreneurial life. He cannot afford to delegate relationships and networks. This is the lifeline of his future growth.

How else does he know at the early stage of his venture if he was even solving a problem a customer would want to pay money for?

The entrepreneur needs a reality check up-front in the game. He needs friends, advisors and test customers as he moves from his idea stage to the first steps of his venture. In fact, he needs this kind of feedback throughout his journey.

I notice even experienced entrepreneurs with companies earning revenues around US$2 million or so need to work on closing this gap at their level.

Perhaps this could be one of the reasons most Malaysian companies are stuck at this level of their growth. Not many people know them outside their immediate circles. They have successfully bought themselves a job. They are working in their business as opposed to working on their business.

However, if you see his counterpart in the West or even in Australia where I spend most of my time these days, for example, the entrepreneur is everywhere – working ceaselessly.

Mind you, work for him includes not just sitting behind the screen with his developers working on the prototype but also having continuous conversations with as many people as possible, validating his idea and business model and being on the radar.

All this involves being in the right circles at the right events and developing the right level of swagger needed to take the venture forward.

Doing well in exams alone will not ensure success in life, though it is important. In a similar fashion, having the perfect product no one wants is also not the answer to a successful entrepreneurial career.

Why don’t we Malaysians have many global companies from our tech start-ups? Is it because they are less hardworking and less enthusiastic about wanting to become successful? I don’t think so.

My hypothesis is that they lack the global perspective and have not mastered the concept of the cross-fertilization of ideas – they don’t stray enough to see what people in other businesses from their own do to achieve breakthrough success. They are too ingrained in their own domain.

Venture success is as much about focus as it is about seeking serendipitous encounters.

I believe at the early stages of the venture, the start-up entrepreneur has little choice but to be both the hacker and the hustler.

A recent article in Fast Company titled “Why You Should Work From A Coffee Shop, Even When You Have An Office” captures the need to stray and bump into awesome people very well.

When it comes to networking, there are two types of people: I call them the hunters and the other group, the farmers. The hunters are people who go after people to get something out of them – to ask them to cut a cheque or ask for a referral. They don’t take the time to get to know the person. They walk around with a mental begging bowl.

The farmers on the other hand cultivate long-term relationships. They build trust, make friends and ensure they reciprocate the friendship with respect and support when needed.

All this takes time and effort and the entrepreneur has no choice but to do this all his life. I am a firm believer in the farmer model of building strong relationships across borders.

I once read an interview of a very successful entrepreneur (a billionaire). When asked what he does daily as a job his reply was “I only focus on two things – strategy for the company and relationships: I ensure all relationships are strong. By focusing on this, we see opportunities even before others see them and we can also shape the future as people make the trends.”

So on events, yes, go and also keep your eye on the ball.

On talking up the entrepreneurial lifestyle, I would say do it with panache. I am aware that in the in the Asian culture we are asked to plod – from cradle to grave, this is all we do until we think we are working only for the money and not to live life. I say develop a healthy swagger, show confidence but don’t be cocky, be honest and most importantly, learn to build trust.

The best example of two entrepreneurs whom I’ve seen close up with a healthy level of attitude and swagger and a right level of humility needed to achieve breakthrough success are Fadzli Shah Anuar of NEST (of Voucheres fame) and Goh Ai Ching (pic) of Piktochart.

I watched them network in Silicon Valley and at the same time work on their products. They attracted the right kind of people who were willing to help them succeed.

At the end of the day, an entrepreneur is in business to build a venture and not for show. He will be found out if he is just in it for the glamour because there is no glamour in burning cash.

So, my advice is, go for events with a specific purpose – to close your credibility gap and to become the kind of person from whom not only great ideas emerge but also the kind who can attract some of the coolest people to your venture.

I would end this with a quote from one of my favorite books, Zen and the Art of Motorcycle Maintenance by Robert Pirsig:“It's the sides of the mountain which sustain life, not the top.”

So keep the eye on the top, but don’t ignore the journey and the sides.

Dash has been an entrepreneur for the last 20 years and is also a start-up evangelist with connections to more than 100 start-up ecosystems around the globe. He is the founder of StartupMalaysia.org and co-director of the Founder Institute in Perth.