FIVE months after it officially launched in June, MyTeksi has come up with an enhanced version of its software based on feedback from passengers and even drivers.

Aaron Gill, its product and technical lead, gives another reason: “The enhanced version is to meet our promise of providing passengers with speed, certainty and safety features superior to the launch version.”

MyTeksi touts itself as a for-profit social start-up with a mission to revolutionize the taxi industry. While one can use various devices with Internet connectivity to make their bookings, at its heart, MyTeksi is essentially a taxi-dispatch service with GPS-enhancements. 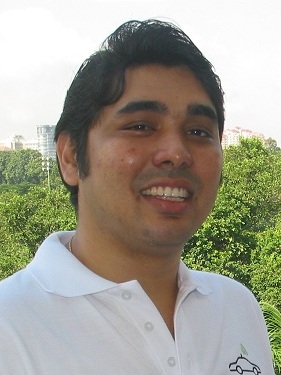 Digital News Asia (DNA) caught up with Gill (pic) to find out how business is faring. He declined to talk about how much had been invested into MyTeksi, with its ‘So Sexy’ tagline, and when they expect to be cash-flow positive.

DNA: You recently had a new general manager come in. What is the story here?

Gill: The agreement with the previous general manager Chew Wei Chuan was only for one year, as he has plans to start a company on his own. The new GM, Adelene Foo, who has an analytics, strategy and operations background from her seven years in Accenture, was brought in to improve internal policies and processes, and with a focus on growth.

DNA: In terms of business model, is it still the same as before – that is, you subsidize the smartphones the drivers need to buy and you revenue-share with them at a fixed RM1 (US$0.33) per call?

Gill: We have never subsidized the smartphones. Drivers buy their own phones and data plans, either on their own or at cost from us. Yes, we revenue-share with them on jobs that they win from MyTeksi only. The commission we charge for successful jobs start from RM0.50.

DNA: How many drivers do you have now? Is the pace of new sign-ups rising?

DNA: How much more are your drivers making?

Gill: Drivers and taxi fleet partners are making at least 20% more today due to MyTeksi.

DNA: What is still the barrier for new drivers to come on board?

Gill: The idea of purchasing a smartphone and monthly data plan is still a big barrier, but the trend is changing as more and more new interested drivers come on board with their own smart handsets and data plan.

DNA: You recently started advertising on cabs. Is this the way forward?

Gill: This is just a pilot run. We are currently assessing if this is the best way forward to acquire passengers or to increase public awareness.

Readers can catch a video of how the new MyTeksi 2.0 app works over here. In conjunction with the new version for the iOS platform, the start-up is running a “Book, Share and Win” contest.