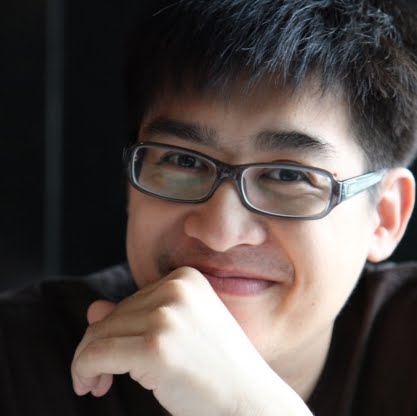 “I SUPPOSE our competitors are everything else people do in the toilet,” muses Goh I-Ming (pic), creative director at app development start-up Alphapod.

Goh was speaking in reference to a newly released game by Takeout Arcade, the company’s entertainment brand, called Dragon Siege.

The game, currently available for US$0.99 via the Apple App Store, is described as a castle-defense game with a “wicked twist” – you play a mighty dragon fighting against a horde of warriors hell-bent on killing you and stealing your gold.

In an interview with Digital News Asia (DNA), Goh says that Dragon Siege is targeted at two growing market segments within gaming: The New Casual and the Post Core Gamer.

The New Casual refers to people who were never really into gaming but now find themselves in a position to enjoy games because they now own a mobile device powerful enough to do so.

The Post Core Gamer refers to people who have grown up on videogames, especially those from the fantasy genre -- such as Magic the Gathering or Dungeons and Dragons -- but who however, due to other commitments, no longer have the time to devote to more expansive titles.

“Takeout Arcade provides smaller games with the same familiar flavor that can be accessed and enjoyed in small pockets of time,” says Goh.

The company’s decision to focus on these burgeoning markets drives every gameplay decision made in product development.

“While companies might be competing for various types of audiences, we try to craft the best experience you can have in small sessions, for example, while on the toilet - if it’s not too taboo to play - because it seems toilet time is the new prime time,” says Goh.

To the Takeout Arcade team, the gossip magazines, paperback novels and non-gaming apps accessible via the tablet or smartphone are the real competition in the fight for users.

According to Goh, other app developers are not considered competitors because the market is still growing and mobile gaming is a very consumable market.

In PricewaterhouseCoopers’ (PwC) Global Entertainment and Media Outlook 2011-2015 report, the videogame market in Malaysia is reportedly poised to grow at a compound annual growth rate (CAGR) of 6.8% between 2011 and 2015.

The study also stated that the Asia-Pacific videogame market will grow at a CAGR of 11.8% to US$38.7 billion in 2015 from US$22.2 billion in 2012. Globally, it will expand by a little over 8%, with Asia Pacific being the largest and fastest growing region.

In an interview with The Edge Financial Daily, Global Entertainment and Media leader for PwC, Marcel Fenez, said that videogames will continue to be the fastest growing segment, with spending expected to be four times more than what is spent on music by 2015. The bulk of this growth will be fueled by social gaming.

“In a sense, our ideal customer might buy a game to play on the train ride to work or over the weekend, then look for another game, and there are still not enough games out there to satisfy the appetite of this kind of customer,” Goh added. Dragon Siege took 12 months to develop and began life as a very simple diagram with the team adding new ideas and mechanics as days went by.

“To be honest, when we started, we had no idea what we were doing. And our main design philosophy was to cram as much cool stuff in as we could,” admits Goh, adding that it got to a point where the team thought the game would never see the light of day.

“But we had an awesome team and we were always learning, and after studying successful customers and dedicating a full-time coder to the task -- as previously coders were switching between projects -- we started to make some steady progress,” he says.

Dragon Siege is built on cross-platform game engine Unity3d, allowing the team to leverage the engine’s multiplatform support and its extensive third-party libraries and plugins.

The decision was also made to take a different approach to the game’s development, beginning with the formation of core features with the end goal of getting the game to market first.

“Shipping became our goal with the intention to add updates to improve the game over time,” says Goh.

Since its debut on the App Store on March 21 and at time of writing, Dragon Siege has since claimed a spot in the Top 25 list for games.

Goh shares that a free update will be released in April, introducing new elements such as an update system, and a new world to play in with a new host of enemies.

“We might call it the oriental pack or something. There’ll be a new stage, six new enemies, and a shop to help players along if they get stuck, as well as a host of improvements,” he adds.

The update in April is the first of a few major ones the team has scheduled for this year, with the introduction of new playable characters to be released in a later update. Despite the continued growth of the gaming market, being a player in the space – especially a small, indie one – is a highly volatile proposition.

If there is one thing that Alphapod, which is self-funded and privately owned, has in this favor is the fact that it already has an established business generating revenue.

This allows for a small financial cushion as the team continues to grow its entertainment brand Takeout Arcade with this inaugural offering, with Goh admitting that having to bootstrap was the biggest challenge to date.

Tee says that when not making games, the company does a lot of contract work for corporate clients.

“Some brands we work with include KFC, Ford, iProperty and Tourism Malaysia, to name a few. Client work will still be our main source of revenue for the foreseeable future, but at the same time we're aiming to increase our efforts in product development,” he adds. [Amended to remove some client names that are under NDA]

It is also not Alphapod’s first consumer-facing product, with free mobile app Wootfood -- launched in 2011 to give users an easy way to discover and share food they love -- being the first.

Tee, along with Clayton Narcis and Janice Tan, are Alphapod’s founding members, with Goh -- who hails from an art, design and production background with a brief stint in sales -- joining the team at a later date. “All of which prepared me perfectly for what I am doing now!” he quips.

Asked to describe his colleagues, Goh says: “TJ [Tee] is the visionary and perfector of everything we make. Clayton [Narcis] is a master executioner delivering solutions time after time while leading the team of developers and challenging them to greater heights. And Janice keeps everything ticking like clockwork!”

Coupled with a young dynamic and tight knit team of programmers and an animator, spirits are high at Takeout Arcade with a promising game app debut and an excited team devoted to their creation.

“I find myself thoroughly fortunate to be working at the forefront of a mobile software boom. We're stretched but everything is covered. Faith in God and each other, in our company culture and product, will keep us motivated,” Goh adds.