FOUNDER Institute (FI) has set up its Malaysian chapter in Kuala Lumpur, the latest addition to its global network that spans five continents.

It has had a presence in Asia since 2009, with a chapter based in Singapore headed by local director Jeffrey Paine (pic, right), who is also founding partner of Golden Gate Ventures, an early stage technology incubator.

“We’re happy that Malaysia has joined the FI network in South-East Asia alongside Singapore, Jakarta and Vietnam,” he said, speaking exclusively to Digital News Asia (DNA).

When asked why it took over three years for FI to consider expanding its network to Malaysia, Paine said that the early years of FI were not focused on Asia, but rather on Europe and North America.

“The chapter was set up in Singapore first because we were very proactive in bringing it into Asia. The start-up ecosystems around the region at the time were also not sufficiently developed for a program and accelerator such as FI,” he added.

He said that the timing was ripe now to launch a chapter in Malaysia as continued support from the Government in building up the start-up ecosystem, along with the injection of new funding sources such as the Malaysian Business Angel Network and tax incentives, has translated to a boost in activity and promising ideas.

The FI program has garnered a reputation for exacting standards, with Paine sharing that 30% of all applicants are accepted with only 30% of that number on average graduating.

Among the Malaysian graduates from SI Singapore is Johnson Goh, founder of online Korean pop music video platform Eumakh. The company is currently closing a US$400,000 seed-funding round; with investors including Taipei-based venture capital firm TMI. 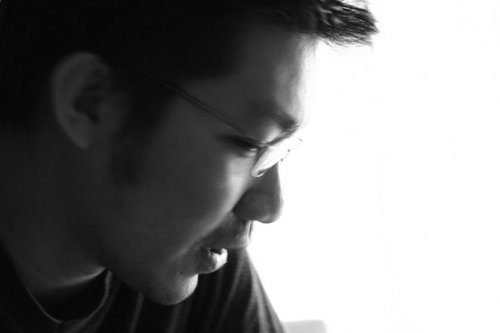 FI Malaysia will be headed by Heislyc Loh (above pic, left), a consultant and founder of StartUp Mamak; along with Tzu Ming Chu (left pic), who heads web analytics software and solutions firm Persuasion Technologies.

Speaking to DNA, Loh said he learnt about FI last year when he attended an orientation session in Singapore and decided to set up a chapter in Kuala Lumpur.

"2013 is the Year of the Start-up. It is time for a world-class accelerator program to start in Malaysia, and play a major stakeholder role in the nation's startup ecosystem, to help entrepreneurs create meaningful and enduring technology companies," he said.

Registration of interest is now open until Feb 3 via the FI website (click here to apply), and is ideally suited for first-time technology product startups.

“We encourage anyone who is passionate about building a technology company to register their interest; there is no restrictions on age, experience level or employment,” said Loh.

Once sufficient interest has been registered, each applicant will be emailed a Predictive Admissions Test, which forms the second stage of FI’s admissions process.

FI Malaysia will also be hosting a Startup Pitch Bootcamp on Jan 14, intended to help attendees understand the key ingredients of a successful pitch. For more information, click here.

FI was founded in 2009 by serial entrepreneur Adeo Ressi, and is operated out of a small office in the heart of Silicon Valley. In just over three years of operation, it has helped launch over 650 companies across 37 cities and five continents and claims to be the world's largest start-up accelerator.