[Correction: This article originally inaccurately described Tuas Capital Partners as Malaysian. We apologise for the error]

SINGAPORE-based financial technology (fintech) startup Jewel Paymentech has secured over S$1.5 million (US$1 million) in Series A funding, in a round led by Tuas Capital Partners.

Others participating in the round were private and institutional investors, including 8capita.

The funds will be used to expand the team and roll out solutions to tackle challenges in the payment space, according to Jewel Paymentech.

“Our vision is to make the e-payments ecosystem safer, not just for consumers and merchants, but also for merchant acquirers who are often the ones who bear the brunt of the problem,” founder and chief executive officer Sean Lam said in a statement.

What attracted Tuas Capital Partners to Jewel Paymentech was the fact that it is addressing a niche area within the increasingly popular fintech space.

“Jewel represents one of our first investments in a portfolio of fintech strategies to complement our existing financial services partnerships,” he added.

The funding starts the year on a high note for the fintech startup, which already had a promising 2015 when it received numerous accolades.

These include winning the National Research Foundation TechVenture Award and the Echelon Asia Singapore qualifier, as well as being named a global finalist in the SWIFT Innotribe Challenge.

The funds being used to expand the team will be focused on hiring for specialised roles within the company, according to Lam.

“We plan to strengthen our team of developers, data scientists, and business development managers in the next couple of months,” Lam told Digital News Asia (DNA) via email.

The headcount will also be expanded to support its growing client portfolio. “We are currently working with clients across Singapore, Malaysia and Indonesia,” he said. 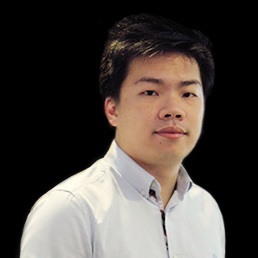 Jewel Paymentech is also exploring the possibility of opening another office in the region, according to Lam (pic).

As for its solutions, it is looking to roll out its fraud detection router this year.

“We have designed the solution to conduct real-time fraud risk analytics without the need for complex architectural and core banking system changes,” Lam claimed.

“In addition, our algorithms allow the acquiring bank to intercept transaction messages and decline potential fraud,” he added.

In addition, the fintech startup is looking to add more features to its current engine, enhancing its capability as a business enabler, Lam declared.

“In markets where the magstripe (magnetic stripe) is switched off at the terminal end for security reasons, banks can now use our solution to filter out regular magstripes but allow more secure dynamic magstripe ‘cards’ such as Samsung Pay to go through,” he said.

“We will be able to share more about this in the coming months, so stay tuned,” he added.