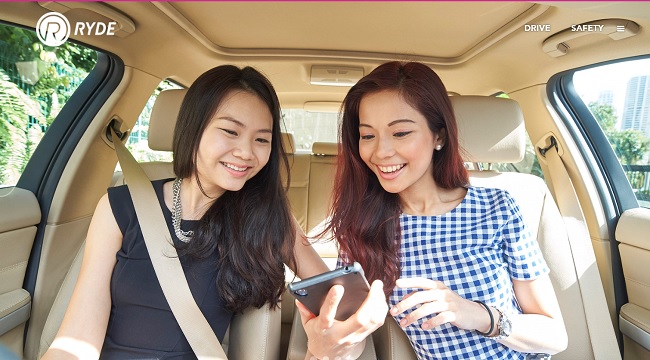 SINGAPORE-based startup Ryde Technologies Pte Ltd, behind the ‘Ryde’ carpool app, said it has raised S$1.5 million (approximately US$1 million) in seed round funding from “strategic angel and private investors.”

In a statement, the company said it plans to use the funding to scale its application for expansion into overseas markets.

The announcement comes just about a week after the Malaysian-founded taxi-hailing and ride-sharing startup GrabTaxi launched its own carpool service, GrabHitch.

Ryde was founded by Terence Zou, a Harvard Business School graduate, who believed that the commuting and road congestion problems in Singapore could be solved by reaching out to private drivers, the company said in its statement.

Since Ryde was launched in April, it has managed to gather more than 10,000 active users to date.

Besides helping users save costs, Ryde said it provides a platform to meet new people and presents a more sustainable commute option.

“We are part of the sharing economy,” said chief executive officer Zou.

“We allow people access to a car without the need to own one. We help solve a pressing problem today by optimising resources. We fill empty seats, build communities, and reduce congestion.

“We seek to be the Airbnb of transportation,” he declared.

Apart from individual riders and drivers, over 20 organisations, including DBS Bank, Standard Chartered Bank, as well as tertiary institutions such as the National University of Singapore and Nanyang Technological University, have promoted Ryde’s idea of carpooling to their staff and student communities, the company said.

Ryde said it is a social enterprise certified by the Singapore Centre of Social Enterprise, and was also one of the first companies to be featured under DBS Bank’s Asia-for-Good programme as an emerging social enterprise.