THERE will be a 500% increase in the number of M&As (mergers and acquisitions) in South-East Asia from 2015 to 2020, according to a report on the region’s startup ecosystem that was released today (March 1).

This would accelerate exits to a minimum of 250 companies per year from 2020 onwards, Golden Gate Ventures said in a statement in conjunction with the release of The Bamboo Report, its second on the growth of M&As in the region.

While an IPO (initial public offering) is still a viable exit, there have only been 11 tech IPOs in South-East Asia since 2005, while there have been 127 acquisitions during the same time period, the early-stage venture capital (VC) firm said.

“Going public on regional exchanges is a rare occurrence; in the past 10 years, there have been 145% more M&As than IPOs,” it added.

The most notable exits here have all been acquisitions: Rakuten’s purchase of Viki for US$200 million in 2012, Zendesk’s US$30-million acquisition of Zopim in 2014, and even McAfee’s acquisition of tenCube back in 2009.

Historically, South-East Asian stock exchanges are not known for their track record of listing tech startups, The Bamboo Report noted.

“Essentially, there has not been enough of a track record of tech companies successfully listing on local exchanges. When asked what regional bourses could do in terms of encouraging more tech IPOs, Hall pointed to the Singapore Exchange (SGX) and its Catalist ‘junior board.’

“Catalist is one prominent example – a board specifically for technology companies helps with the aforementioned self-selection problem.

“By creating a technology bourse, investors comfortable investing in those industries will naturally be more inclined to trading on Catalist, which in turn will lead to more successful listings. It’s the start of a long-term iterative feedback loop.

“It is still our position that M&As will account for a majority of exits, but SGX has made significant inroads,” he argued. A look at tech IPOs in the region from 2001 to 2015 sees Malaysia faring much better than its South-East Asian neighbours: Seven of the 14 IPOs were of Malaysian-founded companies, while Singapore has only three listed in The Bamboo Report.

However, Singapore has had a disproportionate number of startups involved in M&As.

When asked why, Hall said that “it should first be noted that IPOs in South-East Asia are very different from those in the United States.”

While IPOs are usually viewed as exits or final payoffs in the United States; in South-East Asia, they’re often treated simply as another round of funding.

“With that in mind, entrepreneurs in the region see the local exchanges as just another way to raise a round of funding to reach some distant goal, be it publicly-listing on another exchange, or being acquired for a large financial return,” said Hall, also a DNA columnist.

“That being said, I would presume that more Malaysian startups see going public as a more efficient way to raise a large round of funding as opposed to speaking to institutional investors.

“In Singapore, we will typically see more M&As because the burden to publicly list is considered too high or impractical; M&As are considered a sensible step to consolidate multiple companies into a larger, more profitable company.

Furthermore, it could be that “global companies feel more comfortable buying Singapore entities relative to [those in] other, more unstable markets,” he added.

When asked what kind of startups will be seeing a lot M&A activity in the near future, Hall pointed to on-demand companies.

“I expect to see a significant amount of consolidation in the on-demand services space; there are too many competitors in each respective market, in too many similar types of industries and verticals,” he told DNA.

“It’s ripe for consolidation, especially when you consider that there is no real technology advantage, only a liquid supply of vendors and/ or consumers.

“In terms of large, successful trade sales, I see payments, e-commerce, and logistics generating the biggest wins,” he added.

In its report, Golden Gate Ventures said that capital investment in the region has increased by 47% since 2013, while 2015 saw the formation of South-East Asian-focused firms with a total capitalisation of as much as US$2 billion.

“The growth in funding has enabled startups to rapidly build development capabilities, hire talent, and improve operations across the region.

“These mature startups are attractive to prospective buyers who want to expand their footprint in the region’s fastest growing markets. By acquiring companies, global players can circumvent many of the difficulties associated with growing a business in a foreign market,” the VC firm added.

DNA asked Hall (pic) to list out the pros and cons of M&As vs IPOs from the perspective of a startup.

He said the cons of an M&A are:

For an IPO, the pros are as follows:

The cons of an IPO, according to Hall, are:

From the perspective of investors and acquiring companies, what should they be wary of when it comes to IPOs or M&As, respectively?

“Regulation and compliance are a different beast for publicly-traded companies,” said Hall.

“Not only that, but investors are often legally obligated to sell any shares in a publicly-traded company, meaning that there is a hard deadline for them to divest from portfolio companies that have listed.

“For M&As, obviously not all transactions are made equal – some will be wins, for entrepreneurs and investors alike.

“But there will also be distressed sales, and investors would be lucky to get back investment back, if that,” he added. 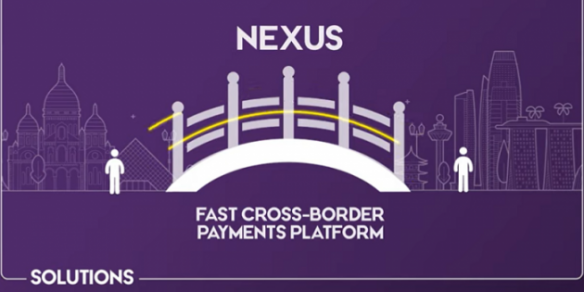