HONOR has come a long way from its early days as the sub-brand for Huawei to make its push into the mid-range segment of the smartphone market.

No longer confined to pushing cheaper versions of Huawei products, Honor’s range of phones have come into their own as viable alternatives if you want a quality phone but are not to prepared to pay a premium price.

The updated Honor 8 Pro now has the distinction of being the top-of-the-line model from Honor boasting an impressive array of features that puts it toe-to-toe with some of today’s best mid-range phones and it does so with pretty good value.

With that said, let’s dive into the review proper. 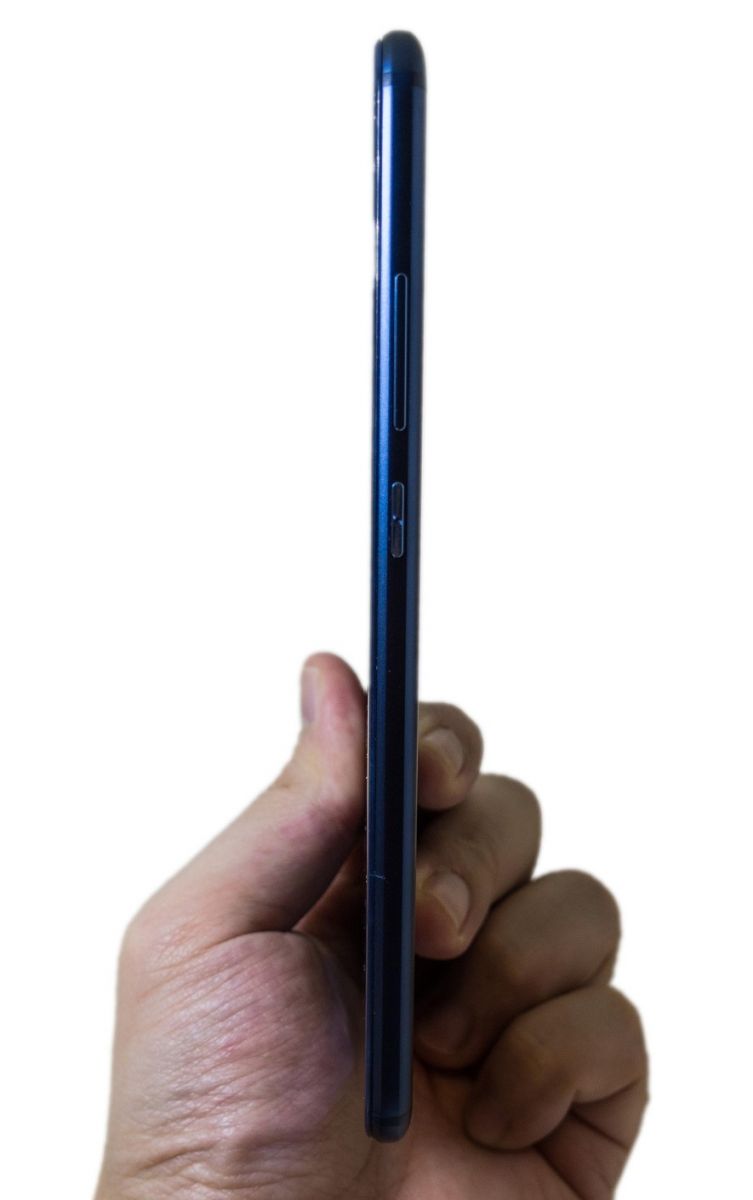 Clad in dark navy blue, the Honor 8 Pro’s metal unibody design is a bit of a departure from the older model’s glossy glass back. Nevertheless, the phone feels sleek and well built in hand, something one would come to expect from a higher end variant.

The overall design is clean and plays on the safe side. From afar you can easily mistake this for an iPhone though on closer inspection you would realise that iPhones don’t come in this colour.

Featuring curved edges and a slimness of just 6.97mm it is a marvel how Honor managed to cram a large 4,000mAh battery into this sexy beast.

To begin with, the 5.7-inch display has a 2.5D glass with curved edges, so it smoothly melts with the unibody design. With its Quad HD resolution, it looks exceptionally sharp, punchy and vibrant. It made everything from reading websites to watching YouTube or Netflix videos better.

It stretches towards the side of the phone leaving a slim border, giving it the appearance that the top and bottom are separated by the display.

The higher screen to body ratio also means that it uses virtual buttons instead of physical ones.

All the physical controls, namely the power and volume controls, are located on the right side of the phone. The left side houses the single SIM slot that accepts dual SIM cards with one slot doubling as the microSD slot.

On the bottom, Honor has placed the device’s USB Type-C port and it is flanked by its 3.5mm headphone jack while the loudspeaker and microphone reside on the right.

To be frank the multimedia viewing experience on the Honor 8 Pro feels poorer thanks to the speakers. Though they are sufficiently loud enough, they lack any definition and bass to create a truly immersive listening experience.

You will be better off plugging in a pair of headphones if you want to truly enjoy your entertainment.

A second microphone sits on the very top along with a small IR blaster that can be used to control household appliances.

On the back, you will find the dual rear cameras situated on the top left-hand corner along with the fingerprint reader right down the middle. Notably, the cameras sit completely flush with the body so no worries about any unsightly bumps on the back.

If you are looking for power, the Honor 8 Pro packs plenty of it with its Huawei-made Kirin 960 octa core chipset. This is the same processor found on the Mate 9 and P10 Plus, so it is a pretty solid performer overall.

Adding to that, it has a generous 6GB of RAM that really helps it when it comes down to multitasking and switching between apps felt seamless.  Needless to say, we had no trouble zipping between apps and navigation felt very smooth.

Packing a chipset like the Kirin 960 inside the Honor 8 Pro doesn’t disappoint in terms of performance. It is pretty much on par with flagship models but at a fraction of the price, outclassing most other smartphone models found at this price range.

This being an Honor phone it has EMUI 5.1 layered on top of Android 7.0 Nougat.

There is a whole nest of features within EMUI, with power saving options, a one-handed mode and supposed performance optimisation. It isn't the cleanest version of Android but it will do.

Using the Honor 8 Pro as a media consumption device is perfect as it packs 128GB of internal storage which is plenty for storing all the songs and movies you want. Even without a memory card, the base internal storage looks sufficient for most users.

The Honor 8 Pro's box actually doubles as a VR headset for use with preloaded VR app Jaunt that lets you dive right into cinematic stories or experiences in VR. To be frank the makeshift VR headset is a poor substitute for an actual headset.

It is not possible to adjust the focusing of the screen, which results in a blurry mess and unwatchable VR experience. However, putting on a proper VR headset yielded better results.

Taking a ride with Lego Batman was fun but slightly nauseating. The VR experience certainly is novel and exciting but it is just another cool party trick that you may grow bored of eventually.

Power users will be pleased to know that the Honor 8 Pro packs a massive 4,000mAh battery.

When using the handset heavily with lots of browsing, watching videos and taking photos, we were left with 30% of power by the end of the day after nearly 12 to 13 hours of usage.

It's a good thing that the phone supports quick charging and it's great that you can get a third of the battery in just half an hour. 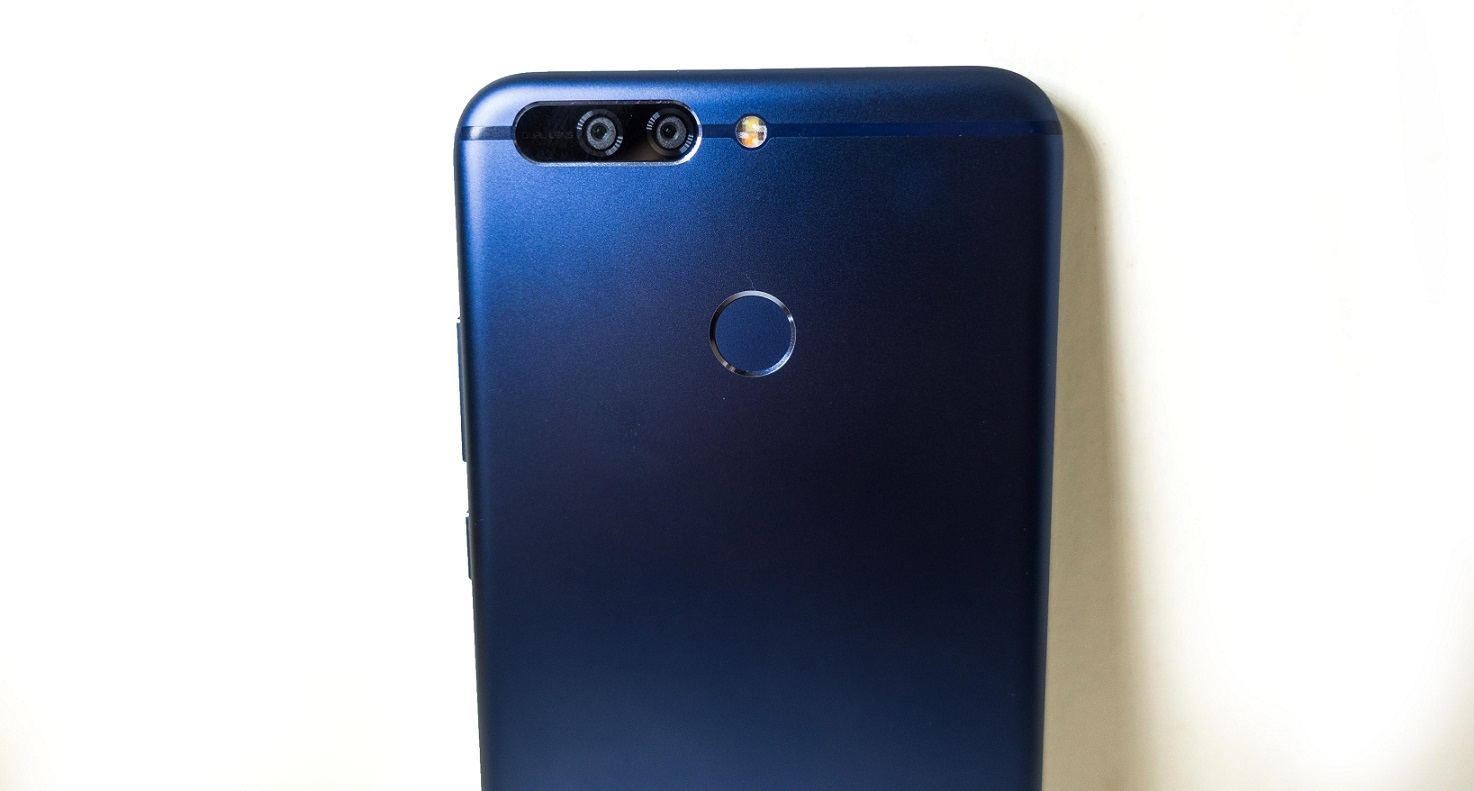 The Honor 8 Pro's dual camera setup is something that we have come to expect given that dual cameras are all the rage now.

Both of its rear cameras are 12-Megapixel with a f/2.2 aperture. It does not however boast Leica branding like it's Huawei cousin but it nevertheless has a similar setup with one RGB sensor and another monochrome sensor.

The idea here is that the two sensors work in unison to result in a better-exposed image. For the most part, the camera’s performance delivered and we were pleased with the level of quality of the images.

You get the Wide Aperture mode found on higher end Huawei models right here on the Honor 8 Pro. It works as advertised by applying a simulated “bokeh”  (blurred background) on an image by guessing the area that you want to focus on. But as usual, it doesn’t get it right 100% of the time so you might want to use this mode sparingly.

The lack of optical image stabilisation (OIS) is sorely missed but that just forces you to keep your hands steady when snapping photos.

Images were sufficiently bright and sharp when snapping in bright sunny conditions. Conversely, low light shots proved to be challenging for the Honor 8 Pro’s camera as images were generally grainy, washed out and looked too smoothed over by noise reduction.

Videos can be recorded up to 4K in resolution but full HD video works just fine. The video quality is about on par with its still images so videos recorded during the day look a lot better than low-light videos. Autofocus is snappy and electronic image stabilisation (EIS) does an acceptable job of keeping images steady.

Not forgetting selfie lovers, the front facing 8-Megapixel shooter should prove sufficient if you want to snap selfies but may pale in comparison with other models with dual front cameras. We have come to expect a lot from our smartphones these days. They need to be good all-around devices that we can depend on at a moment’s notice. The Honor 8 Pro does present itself as a good alternative for those who want the stylishness of a flagship phone but don’t want to break the bank.

The Honor 8 Pro’s dual camera system is great for snapping casual shots during the day but falters in low light. It is still better than similar competing models but it, of course, pales by flagship shooter’s standards, so that’s a compromise you have to make.

On paper at least, the Honor 8 Pro walks away with full marks distilling value from the superb QHD screen, powerful processor, bountiful RAM and roomy onboard storage. All this at US$466 (RM1,999) is pretty impressive and gives you plenty of bang for your buck.