WHAT exactly is a 'next-generation' media company? There are quite a few around the world these days that claim to be that.

Does it mean the company is focussed on social media? Does the company create exclusive videos or is it a content aggregator using multiple YouTube video channels. Or is it a combination of all of these?

One of the Malaysian companies making waves as a next generation media company is WebTVAsia. It recently acquired a majority stake in Vietnam's METUB Network.

According to WebTVAsia, this acquisition will provide the company with direct access to one of the fastest growing YouTube markets in the world. WebTVAsia also announced plans to launch an online video platform, LUVE, in 2017, to drive the delivery of short and micro form content that targets the Asian millennial audience.

A pioneer member of YouTube-certified Multi Channel Network (MCN) in Asia, WebTVAsia through all its channels generate over a billion views per month. At three minutes per video, WebTVAsia easily becomes one of the biggest players in the region.

Recently, DNA caught up with Fred Chong, CEO of WebTVAsia, in Kuala Lumpur for a brief interview.

Fred Chong started his first mobile ringtone company, Hipmobile, in Singapore during the heydays of the digital music evolution in 2000. Hipmobile was awarded “Asia’s Best Ringtone Producer” by Nokia.

In 2005, Chong started Prodigee Media to focus on the emerging new media industry where he created new business models for the media entertainment industry.

In Asia, he pioneered the use of social media platforms starting with Friendster as one of the Internet distribution channels for content promotion. Working with Malaysian talents such as Karen Kong and Namewee, Chong increasingly evolved Prodigee’s offerings to make the company relevant to the global media entertainment business.

DNA: WebTVAsia describes itself as a 'next generation' media company. What do you mean by that?

We created WebTVAsia with digital, mobile and the millennials in mind. Everything we do as a company falls under this mindset. We also put our digital creators at the heart of our strategy, which means that everything we do needs to have their best interest at heart.

We work with many content creators who might not be popular/famous in their home countries and we think that they have a lot of potential. These are creators whose value is not appreciated by traditional media companies. We help nurture them so that they can be ‘discovered’ and work with them to turn them into regional creators, if possible.

Additionally, we are emphasising the need for Asian creators and producers across the region to talk to each other to create pan-Asian content. In this day and age, the digital superhighway is already in existence in many Asian countries via cellular connectivity i.e. mobile broadband.

Given the uptick in mobile broadband adoption, we have been working on promoting multi-country cross-over content creation and campaigns to develop content, regardless of language barriers, that are relevant to other markets in Asia beyond where the piece of content originated from.

While WebTVAsia is a digital and mobile-first company, we also recognise the need to host events such as our annual WebTVAsia Awards and Viral Fest Asia to bring content creators and our partners physically together.

Traditional media and entertainment companies think differently. They struggle with succeeding in the digital space mainly because they see digital as a threat to their core business.

b) What sets WebTVAsia apart from the competition?

These are the five key areas that differentiate us:

1. Being local: We have local presence in each of the nine markets that we operate in - Malaysia, Thailand, China, Taiwan, Singapore, Indonesia, Japan and Vietnam. Most of our competitors operate on a hub and spoke model. We do not. Our offices in each market are fully-staffed, mostly with local employees with direct industry experience in their own countries. WebTVAsia partners from around Asia

2. Asia-focused: Asia is truly diverse in terms of languages and cultures. We do not see ourselves as just an Asian company, but rather, a company that operates locally in each of the markets that we serve. We understand that within each market that we operate in, our consumers have specific tastes and consumption patterns and we are able to work with our partners and creators to meet their needs.

3. Coverage: We believe we are the only digital media and entertainment company that not only has the breadth in terms of geographic coverage i.e. markets that we operate in, but also the depth i.e. being able to deliver local content that truly meets the cultural consumption of our millennial audiences.

4. Media fund: We own a fund to support selected projects of selected content creators.

DNA: With increasing amounts of media being consumed on mobile, do you have a mobile-specific strategy?

As mentioned previously, we are a digital and mobile-first company and we have been producing digital or mobile specific content since the days of first generation social media platforms like Friendster in 2007.

All the original content that we produce or co-produce with partners need to take mobile into account. This means that the content format needs to accommodate the viewing habits of the millennial audiences, which indirectly directly impacts content length (short or micro form);  types of production technologies (VR/360 etc); genre (music/skit/UGC) and talent (social media stars/influencers/creators).

DNA: What is your plan to attract millennials?

One key initiative is to develop a mobile online video platform that we will be rolling out next year, eventually targeting a millennial audience base of over 700 million in Asia, which will become the biggest single consumer market in the world. Given how the millennial generation consumes content, which is different from other generations, the platform will directly serve their viewing needs and habits.

DNA: Which countries do you plan to focus on first?

We will be rolling out the new mobile online video platform first in Thailand. Further key markets will be Vietnam, Taiwan and Indonesia where we see strong market potential.

DNA: How much local language content do you plan to have?

More than 90% of our content is in local languages.

DNA: Do you have any specific plans for India or China?

We are already active in China and are working with online video platforms such as Tencent and YouKou Youku. We recently announced that we will be co-investing in a feature film with United Entertainment Partners, one of the biggest film distribution networks in China. This is in addition to our two China films already invested by Wanda Pictures, Youku Heyi Films and Stellar Megapictures last year.

As for India, we are studying the market carefully and formulating our best entry strategy. 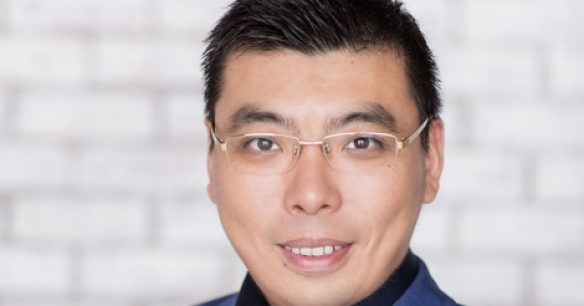 What’s for lunch? Let SmartBite take the pain out of choosing