It was the bold move that failed. When then Malaysian minister of communications and multimedia, Gobind Singh Deo, announced the appointment of Surina Shukri (pic, above), an outsider to the tech ecosystem in Malaysia, a New York based banker, to the post of CEO of Malaysia Digital Economy Corporation in Jan 2019, I described the move as bold.

Well, that bold decision by Gobind failed spectacularly as Surina steps down as MDEC CEO tomorrow, finally bowing to months-long pressure for her to leave early – her contract expires in mid Jan 2022. For background, Gobind never planned to look beyond Malaysia and had already narrowed his decision to two people when Surina’s name was given to him for consideration.

Going by what those who have worked with her say and from conversations with various leaders of the tech ecosystem in Malaysia, she steps down after 2 ½ years of underperforming on the job and disappointing leadership characterised by a superiority complex that rubbed some people the wrong way and indecisive decision making dominated by a tendency to micro manage.

Using Covid-19 as a reason for her underperformance also does not cut it. As one ecosystem leader tells me, “Every leader in the world is going through the same challenge. That is no excuse for her.” She is supposed to adapt, respond and drive MDEC forward, no matter the external challenges, he added.

An example of Surina’s micro managing tendency led to MDEC’s failure to launch even one Digital Enhancement Centre (DEC), a RM70 million initiative to assist SMEs by the Ministry of Finance that was announced under Budget 2020 and entrusted to MDEC to execute. A relatively straight forward idea to execute with 14 such centres to be established in each state in the country and in the capital, Kuala Lumpur, it just floundered under Surina and died a natural death with an upset MOF pulling back the project from MDEC in July 2020. MDEC however kept RM20 million for a Digital Xccelerator platform, which was supposed to be a component of the DEC but was positioned as a standalone idea to save face and show MOF that something was created for the ecosystem.

Meanwhile, even the one standout achievement of Surina’s, that of helping to bring in major tech conference RISE Asia to be held in Kuala Lumpur (KL) for three years from 2022 to 2024, has not yet been finalised, even though a press release was sent out in Dec 2020 hailing KL as the new home for RISE Asia. MDEC tells DNA, “Both parties continue to be in communication on the hosting of RISE in KL.”  The tech conference is supposed to be held in KL in March 2022.

That Dec press release was not even the first one. In an early May 2021 interview with a weekly marketing publication, Marketing Weekender, bringing RISE to Malaysia was again listed as among Surina’s achievements, along with other achievements. A former MDEC executive described the achievements as being “highly exaggerated”. “Something happened in those areas but as usual MDEC cannot measure the actual or final impact,” claims the executive.

The good news for all those waiting for MDEC to publish a long awaited annual report, MDEC has told me that “an impact report is being finalised and will be released to the public very soon.”

The one positive impact Surina had for sure was her willingness to engage with ecosystem players from beyond the Klang Valley. "I definitely give her a lot of credit for her outreach to the ecosystem in Penang, both personally and by having her key executives spend time with us as well," says one leader of the Northern State's startup ecosystem who also credits this outreach for his success in getting some grant support from MDEC.

But at MDEC, poor internal communications left her leadership team frustrated. “In meetings and in townhalls she liked to say ‘we have to change our mindsets’ but she never articulated what mindset she felt needed changing nor how she planned to change that mindset,” said two people who have worked with her.

Likely to go down as the least impactful CEO in MDEC’s 25 years, some key take-aways emerge from this experience. It is clear that the CEO seat in MDEC, widely considered the most important agency driving Malaysia’s Digital Economy ambitions, cannot be given to someone who does not already have a strong grasp of the Malaysian ecosystem and its key players, and who does not have experience dealing with government. With MDEC’s role and programs touching various government agencies and stakeholders, being comfortable and respectful and showing tact are as important aspects of the job description as being tech savvy.

Surina’s leadership failings also highlight the importance of having strong leadership qualities. Now this can be vague and can come across as too text book like, but for sure the CEO needs to be decisive, believes in empowering one’s team, communicating clearly with honest feedback loops, being results driven and having a deep sense of passion, responsibility and humility towards the trust that has been bestowed on them to drive Malaysia’s digital economy to take its place as among the best in the world, which to me means being ranked among the Top 20 digital economies. Not surprisingly, it is precisely the key strengths of ecosystem familiarity and adeptly dealing with various government stakeholders especially other tech development agencies, that Mahadhir Aziz (pic), the next CEO of MDEC brings to the table and why the MOF, which appointed him, wanted to ensure was in the tool kit of the next CEO. Already well familiar with Mahadhir through his work as CEO of Futurise Sdn Bhd, the appointment of Mahadhir confirms a story by online news portal, The Vibes, which first ran the story of Mahadhir being appointed as MDEC CEO in early May 2021.

The story was not taken seriously then as Surina’s contract still had eight months to run at that time, and the government had never replaced a tech agency CEO before their contract ran out. Of course Yasmin Mahmood, Surina’s predecessor did resign voluntarily before her contract was up but MOF did not go behind her back and pick a successor while she was still CEO.

In Surina’s case it now emerges that the MOF was so unhappy with Surina’s performance that it went ahead and offered her job to Mahadhir in May, leaving the task to managing her out to MDEC chairman, Dr Rais Hussin.

“The feeling at MOF was that although there were some challenges that Surina faced which her predecessors did not have to, as CEO she ultimately still has to take responsibility,” says a person familiar with the MOF’s thinking.

Surina already seemed to be aware of what had happened. In the same May interview with Marketing Weekender, she reflected, “When the time comes for me to go, the saddest part will be in leaving the senior team I built who joined MDEC for its mission and the chance to serve the country.”

Not a typical quote one would expect from a CEO who still has eight months of their contract to serve.

MOF’s decision put Rais, who has been Surina’s biggest champion since he came on as chairman in June 2020, in a difficult spot. It took Rais three months trying to find a dignified exit for Surina. In that sense Rais did succeed and will now focus his energies on working together and supporting Mahadhir who comes into MDEC with a long list of items to tackle.

For example Sharizal Shaarani a social entrepreneur, simply points to MDEC’s stated mandate “to ensure Malaysia makes the Digital Leap into the Fourth Industrial Revolution to drive shared prosperity, and firmly establish Malaysia as the Heart of Digital ASEAN.”

“To be honest, they need to revisit how they report such outcomes.” He also wonders how MDEC is measuring IR4.0, suggesting it should be on adoption rate and increase in performance/revenue.  “Yet we don’t see that either.”

Lastly he wonders how MDEC is mainstreaming its catchy Heart of Digital Asean tag line. “It is about more Asean digital companies in country, or is it more Malaysian digital companies in Asean? Are they measuring performance of companies in both of these categories,” he asks, believing that MDEC will need to do some alignment of outcomes or even change of mandate.

This need for transparency and being outcome focused is shared by many ecosystem leaders and has already been addressed by Rais and Surina with their Reinvent mission for MDEC. Rais penned an op-ed piece that comprehensively captured the Reinvent journey.

Nevertheless, with MDEC reportedly falling far behind in running its various programs, the pressure is on Mahadhir to find a way to execute quickly what budgets have been approved for 2021 from MDEC’s over RM400 million annual budget. When I asked MDEC what portion of its 2021 budget has already been spent, along with two other budget related matters, MDEC offered the same reply … “MDEC’s 2021 budget utilisation is on-going.”

Coming into the role now is beneficial to Mahadhir as it gives him time to get his feet wet and become familiar with the myriad of initiatives MDEC runs which will then better prepare him for the year-end brainstorming that will set MDEC’s direction and strategies for 2022.

A key concern many do share is how Mahadhir will work with a leadership team that was not of his picking but I feel these concerns are misplaced as Mahadhir will realise he has inherited a top leadership team that is eager to get on with the job at hand. He will bring in his own people in due time as all the previous MDEC CEO’s have but for now he has to get everyone to march to the same beat. There is enough to be done that Mahadhir will need to squeeze out 25 hours in the day! The ecosystem wishes him the best of luck with many leaders keen to work with him to help MDEC regain its oomph.

And may Surina find her sweet spot in the ecosystem as well. As she said in the Marketing Weekender interview, “At the end of the day, Malaysia’s digital future lies in the hands of her people.” Well that includes Surina as well. 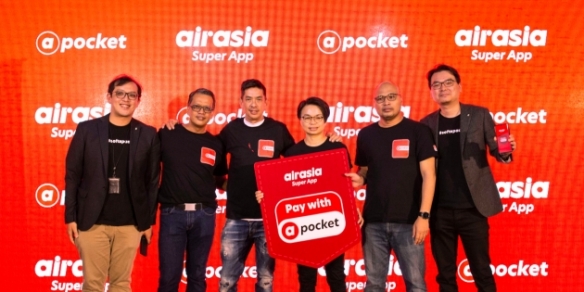