YOU have to wonder if Sony Mobile’s 6-month upgrade cycle for its smartphones actually makes sense.

After all, barely 2 quarters since the Japanese handset maker released the Xperia M4 Aqua Dual to the market, it has now brought out the sequel to that mid-range waterproof handset – the Xperia M5 Dual, which improves on the M4 in every way except for the price, which has seen a slight bump up.

For those who were holding out for the M4 Aqua, unless your budget truly demands it, you should just forget about that model and jump straight to the M5.

The local variant of the Xperia M5 comes with a Dual suffix, indicating its dual SIM card slots like its predecessor - though it dumps the somewhat unnecessary ‘Aqua’ designation.

Waterproof and dust-tight for less

The M4 Aqua was Sony’s attempt to bring waterproof and dust tight features from its high-end Xperia Z series to a lower price point.

Mind you, it doesn’t mean you can take it scuba diving or use it to record your underwater stunts!

What it means is that M5 Dual is able to withstand up to 30 minutes of immersion in a meter of fresh water.  In real life, that equates to getting drenched in a heavy downpour, getting splashed when you’re in your bathtub or swimming pool, or giving it a rinse with tap water if it gets a little grimy.

When it comes to aesthetics, it looks and feels more like the Xperia Z3+ than the M4 Aqua, which is excellent.  After all, this may be a mid-range device, but is targeted as a premium mid-range, so having better build quality and materials helps justify the price.

On the hardware front, Sony has also ratcheted up a notch on the components, elevating the device to something that approaches flagship-class hardware. The smoothness of the Xperia M5 is pleasant, as Sony has taken a leaf from the Z series and opted for a glass back to complement the display.  The sides of the chassis is once again, made from hard plastic with reinforced corners, designed to improve the chances of survival in the event of a fall. Our test unit, a burnished gold-coloured model, has a reflective sheen that’s not as obvious on the black or the white versions, so depending on whether you prefer a muted or more conspicuous looking device, Sony has you covered.

On the right, you’ll see the Xperia line's trademark round power button – though that’s changing with the new Xperia Z5 series – along with a volume rocker above and a dedicated camera button below.

The base of the phone has a speaker grille along with a USB port for charging and syncing duties while the headphone jack is placed at the top.

The left side of the phone is where you’ll find the two nano SIM and microSD card slots, sealed with a single, long cover.  Pulling out the card trays would require some dexterity and patience, but thankfully you won’t have to do this too often.

At the back, the main draw is 21.5 megapixel camera lens, nestled in the upper left of the phone along with an LED flash, while the front is graced by an top-notch 3 megapixel camera, so say hello to very high-resolution selfies.

Par on course with most of Sony’s displays, the company has enhanced it with its proprietary ‘Mobile Bravia Engine 2’ and ‘Triluminos’ image enhancement technologies sourced from Sony's own TV business.

While it still doesn’t come with the extreme vividness and deep blacks of a Super AMOLED panel, it still delivers accurate colour rendition, with crisp sharpness and excellent visibility under sunlight that compares very favourably with other LCD displays.

The other typical benefit on the Xperia is the ability to tweak the white balance settings to your exact specifications by modifying the red, green and blue colour gamut using a series of sliders, so you can decide on how warm or cool you want your images to be. The M5 Dual's rear 21.2 megapixel camera is another significant step up from the M4 Aqua's average 13 megapixel shooter.

The standout feature is the ability to capture videos in 4K quality – however this is capped at about five minutes or whenever the processor gets too toasty and needs to cool down.

The dedicated shutter button, a standard in Sony’s higher end models is an excellent feature, allowing you direct access to the camera without having to muck around looking for the icon on the screen.

By default, the rear camera defaults to ‘Superior Auto’ mode when taking snaps, though you are able to opt for a ‘Manual’ mode, in which you can select the exposure, white balance and other camera settings.

Some of them however are buried deep in the menus to be of immediate practical use, unless you're intimately familiar with them.

Several other modes on offer include a ‘Sweep Panorama’ mode, an ‘Augmented Reality Effect’ mode which lets you superimpose all whimsical animations to the image, as well as a ‘Timeshift’ video mode that lets you take videos in slow motion. The front camera of the M5 has been upgraded to a 13 megapixel sensor, and along with the Asus Zenfone Selfie smartphone, takes the front camera resolution into the double digits, when other vendors are offering either 5 or 8 megapixels.

When tested across the range of the usual subjects, the rear camera was able to capture images with good colours and relatively good detail and sharpness. The M5's Superior Auto mode delivers generally accurate results with markedly improved speed and responsiveness compared to its predecessor. The front camera was excellent as well, with good selfies and accurate screen tones.

Video capture in both 4K and 1080P were excellent in well-lit conditions with some grain under low light and worthy of a flagship grade phone.

Alas, 4K video is limited in recording time, plus you'll need a 4K resolution  TV to fully appreciate it.

Under the hood, the Xperia M5 Dual has a MediaTek Helios X10 64-bit octacore processor that clocks in at 2.0GHz on all cores, an increasingly popular chipset, used in HTC’s One M9+ and E9+ as well.

Paired along with this processor is 3GB of memory and 16GB of storage, along with support for microSD cards.  16GB isn’t the largest in terms of on-board storage but at least it’s twice that offered by the M4.

Both the Helios chipset and ample RAM kept things running along smoothly even with multiple apps and browser windows open.

Google’s Android 5.0 (Lollipop), laced with Sony's own user interface tweaks is zippy and never skipped a beat, and all the games and apps we ran had no issues.

However, there is still quite a fair bit of bloatware around in terms of preloaded apps.  It’s great if you are already invested in Sony's ecosystem, although several services aren’t available in Malaysia, such as the PlayStation Video app.

With mobile data switched on at all times, a few minutes of voice calls and relatively heavy social media usage through the day, the M5 Dual’s battery life didn't disappoint.

While the 2600mAh battery seems smaller than average and non-removable, Sony’s optimisation tweaks kept it going for close to two days of regular use, even though it runs uncomfortably warm with more than a few minutes of usage especially with the camera and 4K video.

The Sony Xperia M5 brings a lot to the table in the premium mid-range category, and its premium stylings, along with waterproof and dust tight features which can’t be found elsewhere in such a slim form factor.

Add to that the high-quality cameras and what you have is a good contender for one of the most well-balanced price and performance smartphones out there.

At RM1599, this device has to compete with not just offerings from HTC like the One E9+ at a similar price point, but also Sony’s own Xperia Z5 Compact, which offers higher specifications for not too much more cash (and if purchased via an operator plan the price may even be smaller) or the cheaper M4 Aqua.

Going back to the question at the beginning of this article, yes – it completely made sense for Sony Mobile to bring the Xperia M5 Dual to replace the M4 Aqua as a credible premium mid-range smartphone.

Let’s hope the next version of this model isn’t just a few months away. 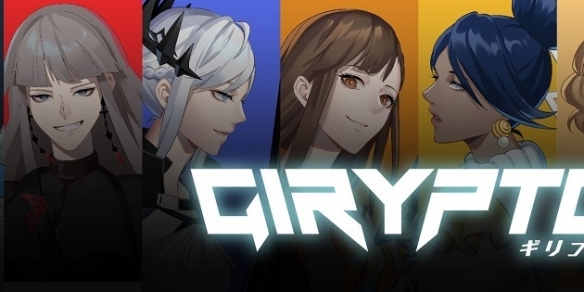